An annotated Hindi translation of Jotirao Phule’s Gulamgiri, published by Forward Press, will be released at an online event on 24 September 2021 – the Satyashodhak Diwas. The programme will be streamed live on the Facebook page of Forward Press. The book, titled Brahmanvad Ki Aar Mein Gulamgiri, has been dedicated to late Gail Omvedt, who played a seminal role in making Phule central to the Bahujan discourse and in introducing Indian Bahujan concepts to the global reader. 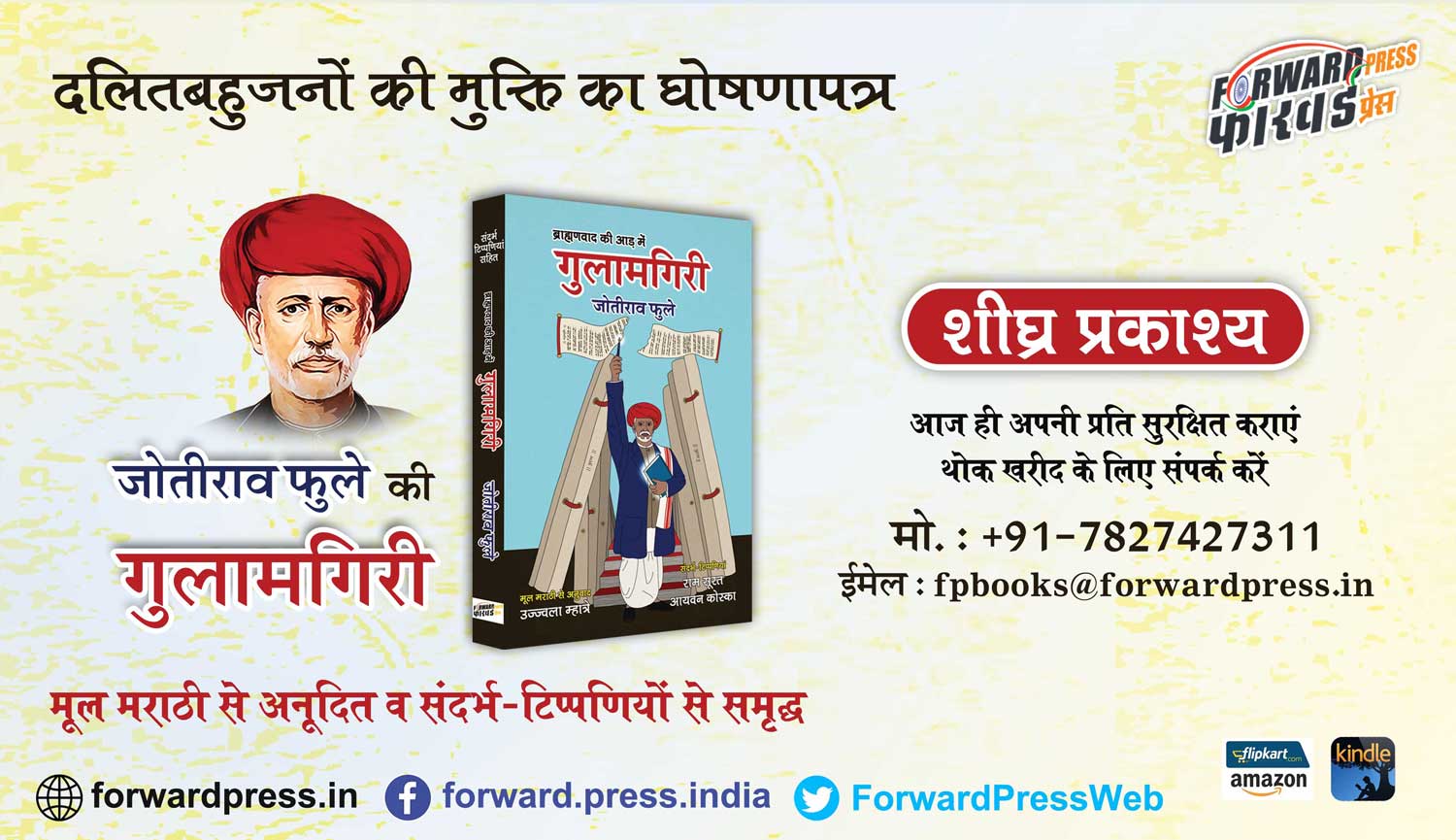 The book is an unabridged translation of Gulamgiri from the original Marathi into Hindi and has been enriched with detailed annotations. Gulamgiri is widely considered as the manifesto for the emancipation of Dalitbahujans. The introductory essay contextualizes, both locally and internationally, Phule’s writing of Gulamgiri. The book will be released by writer and social activist Bharat Patankar; Sudha Arora, writer; Anita Bharti, president, Dalit Lekhak Sangh; Prof Kancha Illiah Shepherd, author and sociopolitical commentator; Premkumar Mani, writer and critic; and Chauthiram Yadav, senior scholar and critic of Hindi literature. The release will be followed by a discussion, chaired by Bharat Patankar, on “Phule’s impact on our life and the road head”.

Jotirao Phule’s Gulamgiri, published in 1873, was a call for a root-and-branch transformation of the Indian social order. Phule re-interpreted the brahmanical mythological tales to reveal how those perched at the pinnacle of the caste pyramid had been using religious scriptures as instruments of oppression. Phule was the first to demand reservations for Shudras and Ati-Shudras in services under the (then) British dispensation. He delineated how the monopoly of Brahmins in government services was making the lives of all others miserable. Treading the path shown by Phule, Chhatrapati Shahuji Maharaj, the ruler of Kolhapur state, announced reservations for deprived sections in the services under the state. Moving ahead on that path, Dr Ambedkar made a provision for reservations in the Indian Constitution. 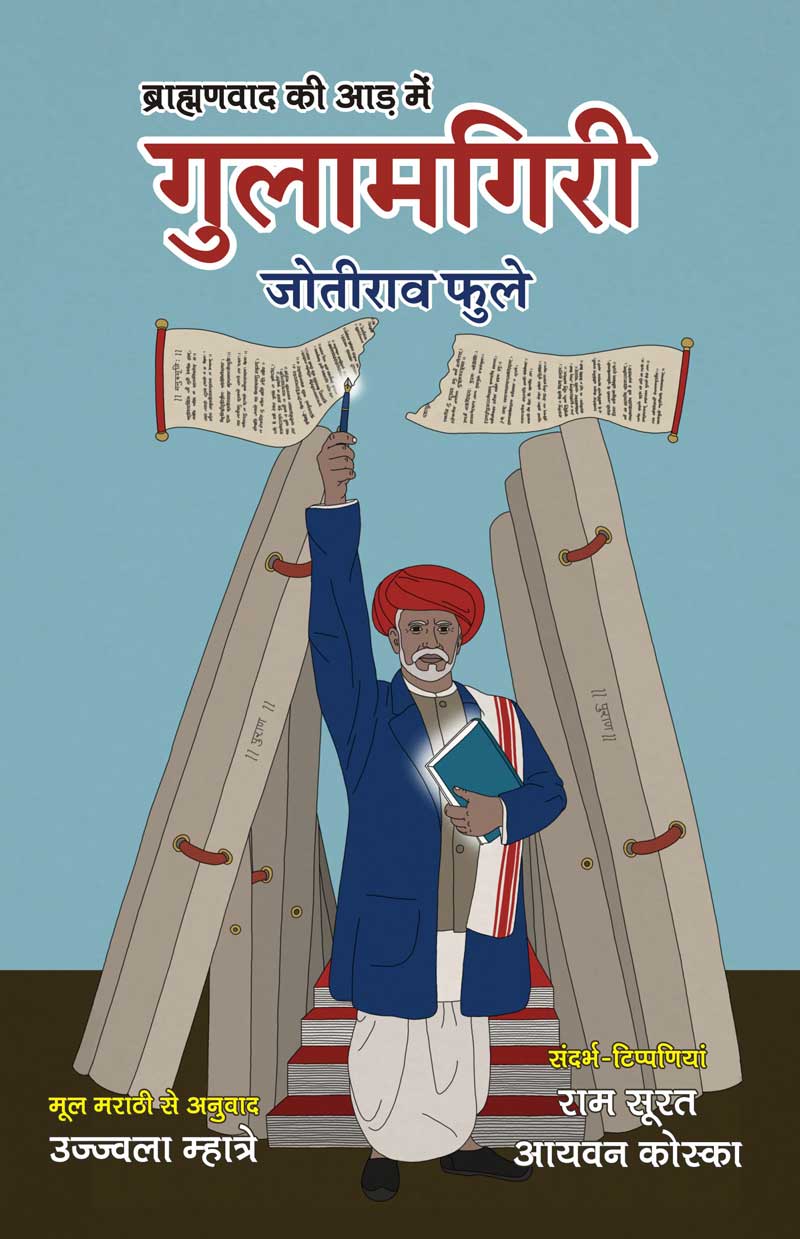 Gulamgiri, published by Forward Press, comprises detailed annotations on these and other references in the text to help the reader appreciate Phule’s ideology in the present context. While rendering the book in Hindi, Ujjwala Mhatre, a retired teacher from Maharashtra, having an equally good command of Marathi, Hindi and English, has taken care to preserve the original’s flavour by deftly translating the colloquial language. She has also ensured that the work is intelligible to today’s Hindi reader. Dr Ram Surat and Ivan Kostka, both ardent explorers of Phule’s ideology, teamed up to annotate the work, making it eminently readable. In his preface to the book, Forward Press Founding Editor Ivan Kostka has succinctly explained how Gulamgiri continues to be relevant even 148 years after its publication and has thrown light on the work’s historical and sociopolitical dimensions. 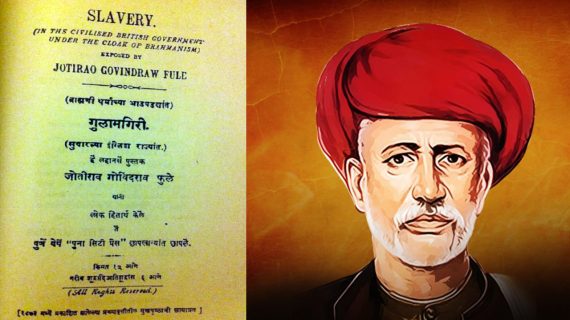 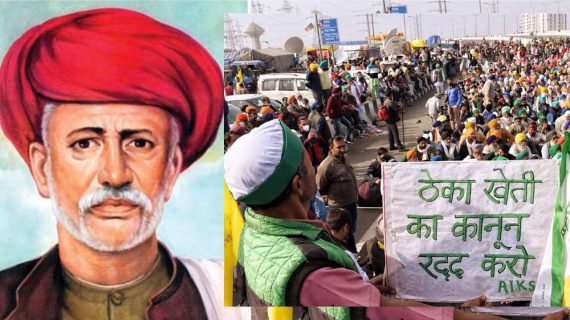 Jotirao Phule: The Mahatma who identified with the exploited farmer

In 1882, Jotirao Phule began touring the rural areas outside Pune, getting to know firsthand the plight of the kunbi cultivators, addressing large gatherings and organizing a boycott of Brahmins and moneylenders. The speeches that he wrote for these gatherings later became ‘Cultivator’s Whipcord’