Mix and match, then watch it! Ancient Indians from the north ANI and south ASI first intermarried widely, then began sticking to their own groups. A clearer picture of India’s racial roots, especially after the consolidation of the varna (caste) system, has emerged from the most extensive genetics study of South Asian population groups. The study has helped establish rough time periods for the racial evolution across the subcontinent.

“Only a few thousand years ago, the Indian population structure was vastly different from today,” said co-senior author David Reich, professor of genetics at Harvard Medical School (HMS). “The caste system has been around for a long time, but not forever.”

Already in 2009, Reich and HMS colleagues analysed the genetic make-up of 25 different Indian population groups. That study established that all populations in India show evidence of a genetic mixture of two ancestral groups: Ancestral North Indians (ANI), who are related to Central Asians, Middle Easterners, Caucasians and Europeans; and Ancestral South Indians (ASI), who are primarily from the subcontinent.

Now an international research team made up of HMS geneticists and scientists at the Centre for Cellular and Molecular Biology (CCMB), Hyderabad, broadened their study to an analysis of the genetic make-up of 571 persons from 73 well-defined ethno-linguistic groups – 71 from India and two from Pakistan.

“This genetic data tells us a three-part cultural and historical story,” said Dr Reich. “Prior to about 4,000 years ago there was no mixture. After that, widespread mixture affected almost every group in India, even the most isolated tribal groups. And finally, endogamy set in and froze everything in place.” 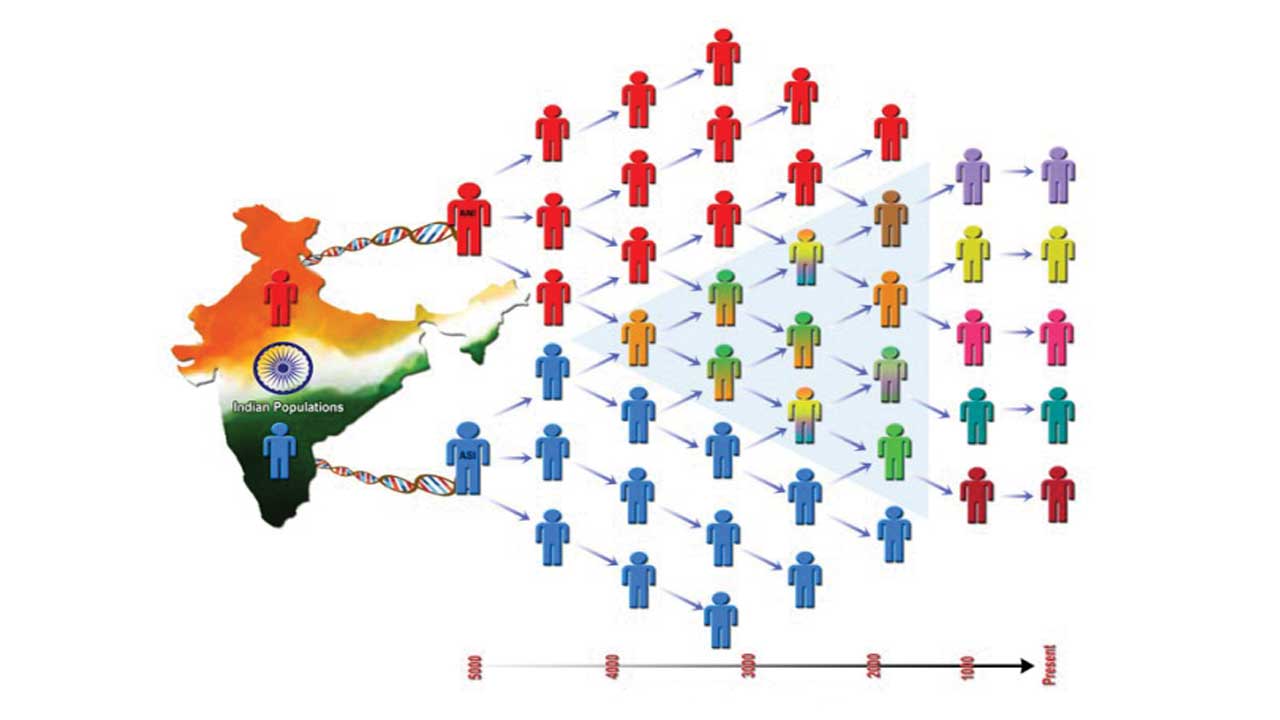 The latest study has established the following: (a) B eginning about 4,200 years ago, ANI and ASI populations, which previously had kept mostly separate, began widespread subcontinental intermarriage that probably lasted more than 2,000 years. (b) Then, in a dramatic shift, beginning about 1,900 years ago, local populations gave up intermarriage with other groups and adopted a cultural pattern called endogamy, the practice of marrying only within an ethnic or social group.

“There was a major demographic transformation in India from a region where mixture was pervasive to one in which it is very rare because of a shift to endogamy,” says lead co-author Priya Moorjani, a graduate student of Prof. Reich.

“The fact that every population in India evolved from randomly mixed populations suggests that social classifications like the caste system are not likely to have existed in the same way before the mixture,” said co-senior author Lalji Singh, currently of Banaras Hindu University (BHU) in Varanasi, and formerly of the CCMB. “Thus, the present-day structure of the caste system came into being only relatively recently in Indian history.” But once established, the caste system became genetically effective, the researchers observed. Mixture across groups became very rare. “Groups in the north tend to have more recent dates and southern groups have older dates. This is likely because thenorthern groups have multiple mixtures,” according to Moorjani.

The study has also indicated tentative dates when specific population groups turned to endogamy – the Vysyas in Andhra for instance have the longest period of endogamy, or genetic isolation, nearly 3000 years. The Bhils in Gujarat have remained largely isolated for nearly 2,200 years. The ancestors of Kshatriyas in UP were mixing with other groups at least until 2,200 years ago, the ancestors of UP Brahmins were doing so at least until 1,885 years ago, as did those of the Sindhis up to 1,940 years ago.

“An important consequence of these results is that the high incidence of genetic and population-specific diseases that is characteristic of present-day India is likely to have increased only in the last few thousand years when groups in India started following strict endogamous marriage,” said another co-first author Kumarasamy Thangaraj, of the CCMB.

More importantly, these types of scientific studies need to be pursued to shed more light on India’s true history as opposed to the so-called “ancient” histories and mythologies most Indians content themselves with. 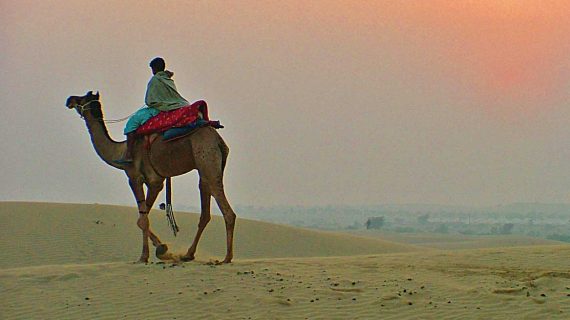 We want a Jat Chief Minister!

‘We want a Jat chief minister’ is an old slogan of Rajasthan politics. Jats constitute 12 per cent of the state’s population