Whether you are celebrating or moaning – there can be no neutral response unless you are in a political coma – over the unprecedented victory of the Modi-led BJP and NDA, there is no denying it is historic. Though an overused word in this context – you have read about all the “firsts” this massive electoral verdict represents – “historic” is the only word to describe the election of Narendra Damodardas Modi as India’s first Most Backward Caste prime minister. If we discount the brief first United Front minority government (June 1996-April 1997) under Karnataka OBC H.D. Deve Gowda, then Modi becomes the first real OBC PM of India.

In my March 2014 editorial I had quoted veteran journalist M.D. Nalapat who wrote in MJ Akbar’s The
Sunday Guardian, “if Modi carries his party to victory in May 2014, it will not be because of good governance or his relative honesty, but his backward caste identity …”. FORWARD Press, which first wrote about Modi’s MBC background (FP Sept. 2012 ‘Narendra Modi and Nitish Kumar: A Tale of Two Friends’), has been saying it the longest, loud and clear, that the saffron Sangh Parivar’s strategy was to play the OBC-MBC card to ensure a decisive victory for the BJP. 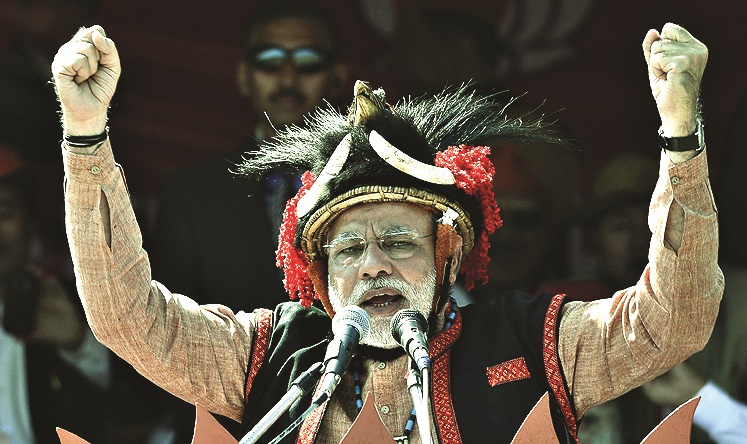 Little surprise then that in the final week of the elections, in response to the Congress’ belatedly calling him a “fake OBC”, Modi lashed out supposedly at Priyanka Gandhi Vadra’s “neech rajniti” barb, reasserting his “neech jati” (lower caste) background. This was a final tactic in response to the eleventh-hour perceived M-Y (Muslim-Yadav) consolidation in Bihar and, to a lesser extent, in Uttar Pradesh.

If only the icing to a carefully baked Bahujan cake, Modi’s “neech jati” signalling worked to consolidate the on-theground hard work to woo and to win the non-Yadav OBC and the non-Jatav Dalit votes in UP and the non-Yadav OBC and MBC votes in Bihar, with LJP ally Ram Vilas Paswan mopping up the non-Mahadalit votes. It is only this combination, rather than the communal polarization by itself, whichaccounts for the Modi wave turning into a “tsuNamo” especially in UP.

A wave and a tsunami

There is a world of difference between the two. Just ask a surfer or even a fisherman. For starters, if one has the skills and the courage, a surfer can enjoy the challenge of even big waves. A tsunami, if you can have advance warning, you want to keep away from. Waves and tsunamis originate quite differently. Waves are created by the action of winds upon the surface of the ocean. A tsunami, on the other hand, is almost always generated by a seaquake – a significant quake resulting from the shifting of tectonic plates at the bottom of the ocean floor. This then displaces huge volumes of water that crash onshore with devastating power.  Whereas only the upper water layers are being moved in wind-created waves, with a tsunami wave, an entire mass of water from the sea bed to the surface is in motion.

Though different, both metaphors are useful to understand what has happened during the recent Lok Sabha elections. The most talked-about (some said, hyped) “Modi wave” is easier to understand. Modi’s own gruelling campaign schedule with loud, often vitriolic speeches – amplified by the fullest range of mass media used in India to date – generated sufficient “wind power” to whip up a palpable wave. Like a massive advertising campaign, Brand Modi (not BJP) was introduced and established as the leading political brand of the season. Through a sustained campaign the brand recognition and recall (ability to remember) were enhanced. Finally, Brand Modi became synonymous in enough minds with “decisive leadership” – “good governance” – “development”. By comparison, even Nitish Kumar’s “sushasan” (goodgovernance) brand lost its earlier shine and brand recall.

Now, as critics of advertising and marketing love to point out, ultimately you have to deliver. There is also President Abraham Lincoln’s sage dictum, “You can fool all the people some of the time, and some of the
people all the time, but you cannot fool all the people all the time.” So even the decimated Congress, which
tried to dismiss it as all hot air (“balloons”) and so much “marketing”, finally has had to humbly concede
that now it is up to a Modi-led majority government to deliver on the many expectations created during the
course of the elections.

But coming back to the wave, the sheer tsunami power at the end cannot be explained away by the smartest 3-D communications. So while Modi (and his publicity machine) generated enough wind power to whip up the waves, below the surface the groundswell in UP came from the “Gujarat model” of campaigning micromanaged by Amit Shah. He trusted RSS workers all the way down to the booth level and even a panna prabhari (page-in-charge) responsible for reaching out to 60 voters listed on two sides of the voters’ list.

But while a wave can to some extent be artificially generated, there is no controlling a tsunami. The electoral tsunami of 2014 arose from the building friction between two tectonic plates: one was the rising expectations of an increasingly Bahujan aspirational class in small towns and even villages; the other was the near hibernation of the UPA-2 government at the centre and several in the states. The clash between these two plates released a great amount of frustration, even anger. Modi was able to tap into this as no SP or BSP has been able to do. This aspirational and impatient younger generation relates completely to Modi’s adopted “Dil maangen more!” slogan.

A good Dalitbahujan friend of mine likes to say, “Until youown your roots you cannot grow fruit”. Modi began to publicly own his OBC roots from January. Even earlier, in April 2013, from Narayan Guru’s Sivagiri Mutt he talked about untouchability – his own political “untouchability”. Then, in March, at a public meeting in Muzaffarpur, standing next to LJP chief Ram Vilas Paswan, Modi spoke most openly. He claimed that despite being an OBC the BJP had made him its prime ministerial candidate. He concluded, “I am confident that the coming decade is of Dalits, backward classes, Scheduled Castes, Scheduled Tribes and other weaker sections of society.” This final statement he repeated in Lucknow and even in Kerala, where the BJP was planning to field a Dalit candidate from a general seat.

However serious Modi was in this repeated assertion, it was taken very seriously by Dalitbahujan voters. This may have been the single most important hope that caused younger Dalits in particular to vote for the lotus instead of the elephant.

On winning the elections, Modi tweeted from Gujarat “Ache din aanewale hain” (Happy days are here again). Even those who did not vote for him hope so. How much more those who voted for him and gave him the 300-plus seats he asked for? However, so far these are just hopes. Modi has never addressed any specifics of Bahujan aspirations in terms of opportunities for education, employment, entrepreneurship. He is not on
the record on his thinking on reservations. After all, the BJP initially opposed Mandal (kamandal politics having been launched as a major distraction) but later embraced it only as the protector of the 27 per cent quota for Hindu OBCs.

Now that elections are over and the new government sworn in, it is time to deliver. At the time of elections Modi campaigned by appealing to specific segments like the Dalitbahujans and got enough of their votes. Now the delivery of growth and development too needs to be targeted so that the Dalitbahujans get their fair share of the growing pie. Otherwise all the talk of the “decade of Dalitbahujans” will remain just that – talk. Actually, the Dalitbahujans will talk back.

As I had written in my Editorial Essay “Victory of Aspiration” in June 2009 FP, “The danger with rising aspirations is that, left unfulfilled, they have a tendency to twist into frustration and even anger, which is ultimately expressed through the ballot box if not before. The revolution of rising expectations has fuelled much development in the Third World but, thwarted, it has fuelled revolutions. Mr. Prime Minister, beware this twoedged victory.”

You do not want to be on the receiving end of a tsunami of anger against unfulfilled promises, unmet expectations and broken dreams. Even the best marketing campaign cannot cover those up. Remember, in Indian politics, a decade is earned five years at a time. 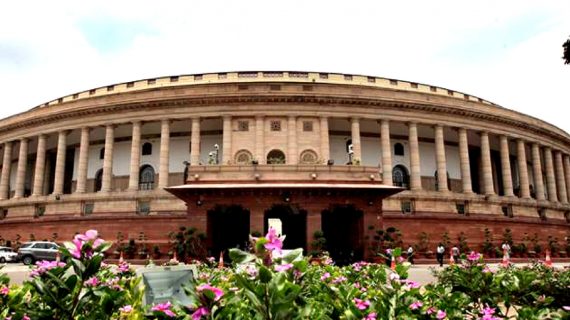 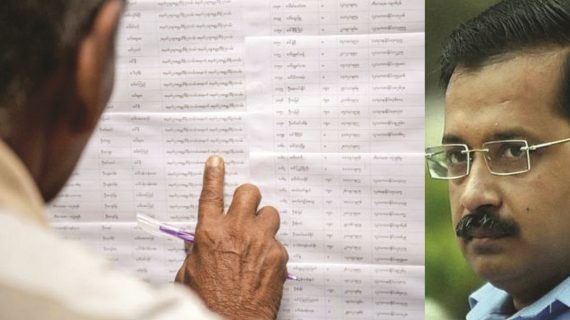 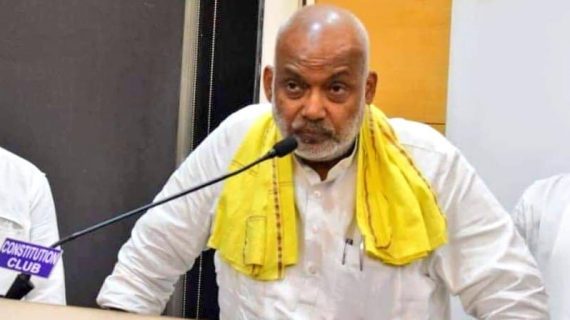