No discourse emerges from thin air. There are reasons behind its emergence. There were reasons behind the rise of the Bhakti and Progressive movements in India. New discourses and movements are rooted in the societal circumstances. If the rumblings of Dalit and women’s discourse are becoming increasingly audible, at its root is the centuries-old repression to which the mainstream literature was indifferent. That is why the voices of resistance arose and are getting stronger by the day. 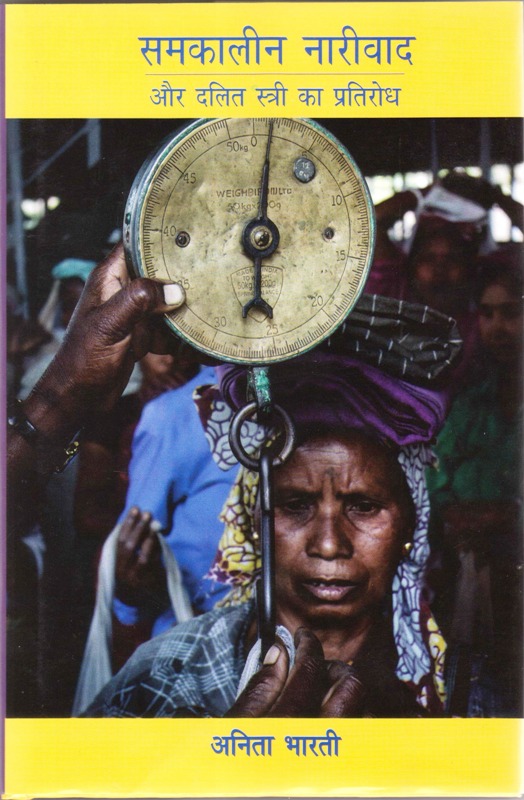 Dalit women’s discourse was being ignored by the women’s discourse in Savarna literature as well as the Dalit men’s discourse. The history of Hindi literature is silent on the indifference to Dalits, women and tribals and to their contribution. When the Dalit women and tribals realized that they were being overlooked, that their invaluable contribution was being glossed over and that their very existence, identity and labour was being devalued, they embarked upon the battle to register their presence in literature. This is the reason why the Dalit among Dalits, ie Dalit women, have launched a campaign to secure their rightful place in society and literature. Dalit women, through their writings, are trying to bring issues of their concern centre stage.

Anita Bharati is a leading torchbearer of Dalit women’s movement and of the powerful and revolutionary literature being written on it. Her recently published book Samkaleen Naarivaad Aur Dalit Stri Ka Pratirodh (Contemporary Feminism and Resistance of Dalit Women) is a powerful assault on the Savarna women and men’s literary discourse as well as Dalit literature, from which not only the issues related to Dalit women are missing but which does not even take cognizance of their existence and identity. The book challenges the patriarchal system – whether the patriarch is a Savarna or a Dalit. The book also draws attention to Manuwadi Dalits, who are playing politics and promoting factionalism in the realm of Dalit literature. It urges Dalit women to forge a common front against such tendencies. Bharati writes that we not only need to be wary of such Manuwadis but also give them a befitting reply.

Even if we assume that the women of this country are liberated, who are they? Are women as a class liberated? Can they live without fear? The answer is an emphatic no. Dalit women hardly have the freedom of expression. If they express their views in public, they are humiliated, raped, threatened and oppressed. Anita Bharati – an honest and courageous Dalit writer – had to face threats when her book came out in the public domain. And the intimidators are not limited to non-Dalit writers. Even the socalled Dalit thinkers like Dharmaveer get threats conveyed to her.

The truth is that male writers, whether Savarna or Dalit and even feminist, have been behaving as if Dalit women didn’t exist. They are playing politics of vote and offering only lollipops to the ordinary Dalits.
‘You just the lick the lollipop and we will take care of the nation and its literature. We will write your literature. We will give place to your pains, miseries and humiliation in our writings,” they seem to be saying.

Anita Bharati’s book is important because it warns the Dalit women against this conspiracy. It urges them to demolish the Manuwadi patriarchal system. It calls upon them to defeat the dirty designs of those who want to ruin the dreams of Babasaheb, those who wish that Ambedkar’s objectives are never realized. Dalit women’s discourse is inclusive. Anita Bharati’s book is an invitation to Dalit men writers and Dalit women writers to join hands. In fact, anyone who is backward, exploited and oppressed is welcome to this grand alliance.