Santosh Dass, MBE, was born in Punjab, India, in 1959 and emigrated with her mother and brother to join her father in London in February 1968. Dass was a civil servant until 2012, when she took early voluntary retirement after working in a number of British central government departments for 30 years. In 1997, Dass was awarded an MBE for her contribution to better regulation at the Department of Health. Dass now works with a number of NGOs on human rights and equality issues in the UK and is the community governor of a school in London. 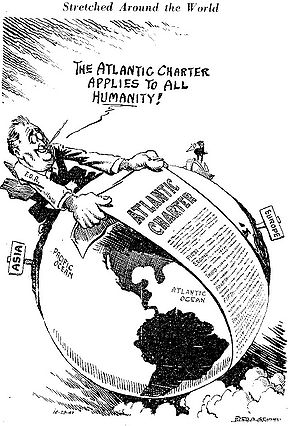 She is the president of the Federation of Ambedkarite and Buddhist Organisations UK and the vice-chair of the Anti-Caste Discrimination Alliance.

Dass has travelled extensively in Europe and the USA and makes regular visits to India. During a conversation with Vidya Bhushan Rawat, she lays out the history of struggle for anti-caste legislation in Britain.

When are we going to see the anti-caste discrimination legislation passed by the British Parliament become a reality?

It’s already been passed as part of the Enterprise and Regulatory Reform Act 2013. The law has however, yet, to be implemented and brought into force. This government has indicated that the legislation will be introduced in summer 2015 and brought into force in October 2015. So we are nearly there!

How did it happen?

Intense lobbying, and domestic (NGOs including Anti-Caste Discrimination Alliance; liberals, parliamentarians, and lawyers; and the government’s own Equality and Human Rights Commission) and international (UN and European Commission) calls for legal protection for victims.
The lobbying was underpinned by numerous reports since 2008 – including those by the Dalit Solidarity Network UK, Federation of Ambedkarite and Buddhist Organisations UK, the Anti-Caste Discrimination Alliance and academic studies. All provided evidence of caste-based discrimination (CBD) in the UK. These reports and studies also established that CBD extended beyond personal relationships – contrary to views expressed by people opposing legal protection against CBD.

I have read literature of Ambedkarites in Bedford – how they fought against discrimination and how many of them have become hugely successful in business and other ventures. It is sad that they had to face discrimination at different levels and that too not in the hands of the British but migrant Indians, the caste Hindus and Sikhs. Why have we not been able to leave our castes behind in our homes in India?

Caste continues to be part of the social fabric of much of the Asian diaspora in the UK in varying degrees. There is a level of interest in one’s ancestry and caste.

The number of migrants in Britain from former British colonies is growing. I think the government there also promotes diversity in its services as well as private-sector institutions. How much of this is implemented as far as Dalits are concerned? Is there any demand by the Ambedkarite or anti-caste organizations in the UK to provide representation to this huge segment in every sphere of life, including government and private services?

There are already affirmative action targets for Ethnic Minorities (EMs) in the public sector. This is consistent with other areas of the Equality Law that helps address imbalances in the areas of, for example, gender, disability, etc. The EMs includes Dalits too. No specific demands have been made for the need to identify one’s caste as part of the legislation. Groups from both sides of the argument with respect to the law on caste discrimination were clear that they do not wish to see caste institutionalized in the UK. Everything must be done to eradicate the discrimination that has been sadly imported to the UK.

What kind of discrimination do Dalits face in the UK? Is there any agency documenting these incidents and acting on them?

It’s the same as other forms of discrimination and harassment. In the workplace (cases of holding up career progression and pay progression, harassment, exclusion, etc), in provision of services (an elderly lady not getting her full care because of her caste, or a medical practitioner not treating a Dalit fully or resisting examining them), and cases of bullying and harassment in schools and universities. 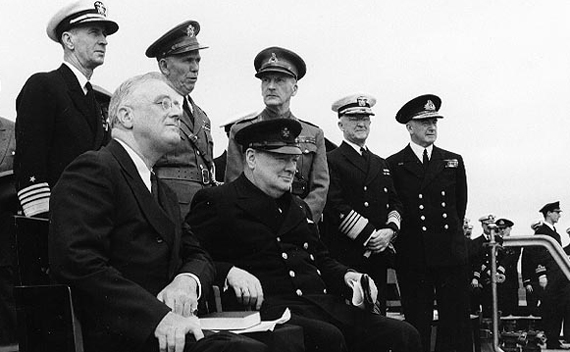 There are numerous examples included in the Anti-Caste Discrimination Alliance’s report “A Hidden Apartheid – Voice of the Community” (2009). Of the 300 responders in the report: 9 per cent missed promotion at work, 9 per cent experienced verbal abuse, 7 per cent of under-12-year-olds faced threatening behaviour and 16 per cent verbal abuse; 58 per cent had faced discrimination because of their caste; and 80 per cent said that police would not understand if CBD was reported to them. Ten per cent of perpetrators were found to be teachers and 42 per cent fellow pupils. I don’t think there are any central government records. There will, of course, be cases that go through the legal system and these will be documented in due course.

Among the biggest causes of violence against Dalits in India are ‘love marriages’. I would not call them ‘inter-caste’ marriages, as there is no possibility of inter-caste marriages in India. Love marriages or self-arranged marriages challenge the power of ‘parents’ or society over two individuals who have decided to marry and that is the root cause of violence against them. I suppose the number of honour killings in UK too is growing and they are not just in Islamic communities but also in these kinds of marriages where the partners hail from different castes. Is there any particular law to deal with it apart from the Forced Marriage Law.

There are no UK laws other than those for honour killings or forced marriages. The law when implemented will not extend to personal relationships. Criminal law would deal with violence related to inter-caste marriage, for example.

Your own journey to the UK was a difficult one. You have been bold in accepting the fact that there is a gender imbalance within the movement too. Could you share with us your struggle as girl child and how you ended up in the UK?

In my view, there has been a gender imbalance in the movement at the top. Things are improving, though. I am a prime example of this: I am the vice-chairman of the Anti-Caste Discrimination Alliance, and the president of the Federation of Ambedkarite and Buddhist Organisations in the UK. I have been working in this field for over 20 years. In the past year, in demonstrations on caste discrimination law, we have had many Indian women (young and old) fully participating.

Did you face discrimination based on caste and colour in UK?

Yes, in employment, when I worked with a predominately Asian workforce.

How did you join the Civil Services in UK. What was the inspiration? Did you get support and encouragement from your near and dear ones? Did you face discrimination based on caste?

Civil service was seen as the next best thing to being a doctor/lawyer, etc. I wanted to be an artist! But I was inspired by the work of the department now known as the Department for International Development (DFID). When I joined the department, it was part of the Foreign and Commonwealth Office. I really believed at the time that aid to developing countries was very important and I wanted to be a part of a department that had responsibility for it. It was my first ever interview for a job and I was very pleased to get selected.
Yes, my family was fully behind me. DFID was a central government department. There were hardly any EMs there. I remember seeing only one Indian lady in the department when I joined in 1979. She was very junior in the hierarchy. I did not face caste discrimination in DFID. I remained in the civil service until I took early voluntary retirement in 2012.

You got a British honour. It was surely a proud moment.

I was awarded a Member of the British Empire (MBE). Prince Charles presented it to me in 1997. It was for services to improve regulation and reduce red tape in the Department of Health.

I did, however, think long and hard about whether I should accept the award. This was because of the honour system’s links to the days of empire. But my daughter persuaded me to accept it when she said it would help the movement.

It was a proud moment for my family and community. I took my mum and dear ones to Buckingham Palace to watch me receive the award. Mum always remembers that day as being one of the best days of her life. I think I was the first person from our community to receive such an award. I may be wrong!

You have been working with the Federation of Ambedkarite and Buddhist Organisations, the Anti-Caste Discrimination Alliance and CasteWatchUK for several years. Could you elaborate on their activities and achievements?

Too many to mention. It’s all teamwork. Getting caste discrimination legislation on the statute book is one. Helping strengthen the position of the community in the eyes of the establishment – international and domestic – and those organisations that have hitherto marginalized a community is another achievement.

In April, the International Humanist and Ethical Union (IHEU) organized the second world conference against untouchability. For the first time, we celebrated Ambedkar Jayanti in Kathmandu with humanist Dalit rights activists from other parts of the world. IHEU proposes a non-religious, political and human-rights-based solution for the untouchability problem. What is your view?

In my view, a human-rights-based solution is the way forward. Together with this, one should also strive to improve the capability of the organization; agree to achievable strategic goals at the outset with clear timelines for action and outputs; present evidenced-based submissions to those who can influence or are in positions of power; bring out excellent and consistent communication messages; and secure grassroots support. Integrity of the organization and individuals that form it are key. 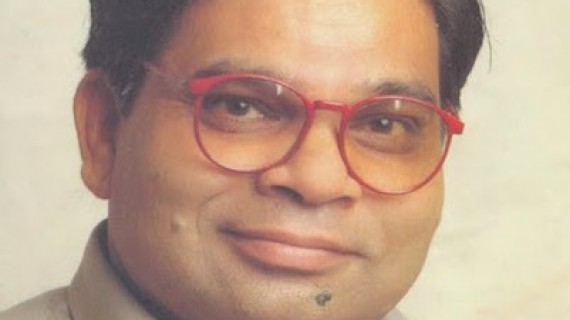 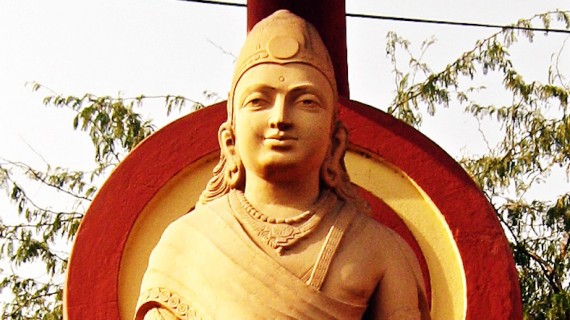 Maurya dynasty and the question of caste identity

The entire game is for dominance. The basic objective of historiography has been to prove the relevance or superiority of one group or community by portraying others as inferior and unworthy