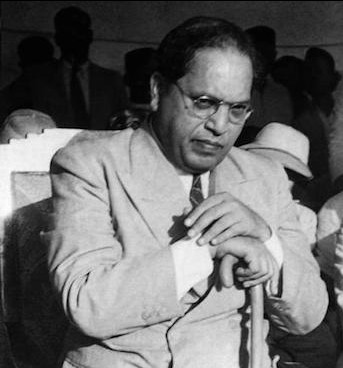 Apart from their widely known debates on caste, untouchability and village society, Ambedkar and Gandhi were sharply divided over the issue of machinery. Would mechanization – and therefore industrialization and mass production – lead to emancipation or ruin? While Ambedkar saw in machinery the potential to free masses of everyday toil and drudgery and give them leisure to lead a “life of culture”, Gandhi, on the contrary, pilloried machinery as a “snake-hole which may contain from one to a hundred snakes” and responsible for the poverty and diseases in India.

To elucidate their respective stands, both Ambedkar and Gandhi wrote pamphlets and treatises. While Gandhi’s economic philosophy, in which he dwelt on machinery, among other things, was mainly expressed in Hind Swaraj (1909), Ambedkar articulated his thoughts in his powerful critique of Gandhi in What Congress and Gandhi have done to the Untouchables (1946).

Expressing his opposition to machinery in Hind Swaraj, particularly in the chapter entitled “Machine”, Gandhi said: “I cannot recall a single good point in connection with machinery … If, instead of welcoming machinery as a boon, we shall look upon it as an evil, it would ultimately go.” After calling machinery “evil”, Gandhi held it responsible for the “impoverishment” of India. “It is machinery that has impoverished India. It is difficult to measure the harm that Manchester has done to us. It is due to Manchester that Indian handicraft has all but disappeared.”

Noteworthy was Gandhi’s reference to Manchester, the city in Britain that produced goods to be exported to colonies like India. By the beginning of 20th century, early nationalists had already provided a powerful critique of colonial economic policies, sowing the seed of economic nationalism in India. Gandhi would have been aware of the writings of Dadabhai Naoroji (The Poverty and Un-British Rule in India, 1901) and Romesh Dutt (The Economic History of India, 1906) and he used these resources to denounce machinery and modern civilization.

For his critique of machinery and Western civilization, Gandhi owed a lot to Western thinkers such as Tolstoy, Ruskin, Thoreau and Emerson. These thinkers and writers represented a school of thought that proposed going back to nature, in direct opposition to industrialization. Their writings made it easier for Gandhi to launch an attack on mechanization.

Thus, Gandhi said that machinery had “begun to dislocate Europe”, which was facing the threat of “ruination”. He then pointed to the negative impact of the colonial economy on workers and farmers to substantiate his view that machinery is “the chief symbol of modern civilization” that “represents a great sin”.

Moreover, Gandhi held that mechanization was responsible for the deteriorating condition of workers in India. “The workers in the mills of Bombay have become slaves. The condition of the women working in the mills is shocking. When there were no mills, these women were not starving. If the machinery craze grows in our country, it will become an unhappy land.”

While Gandhi was right in pointing to the pitiable plight of workers at mills and factories, he erred in identifying mechanization as the main problem. Gandhi and other scholars who critiqued modernity and mechanization deliberately ignored the fact that the class structure existed well before the modern period. Blaming machinery alone for the ills just shifted the focus from social relations and distribution of property.

Instead of touching on property relations or revealing the classes that owned and profited from machinery, Gandhi used to say that human beings could do without trams, cars and electricity. “If we are to do without the railways we shall have to do without the tramcars.” He himself, though, couldn’t have travelled to England for higher education (steamship) or ran his political campaign in India (train) without machinery.

After rejecting machinery for breeding the ills in society, Gandhi made a case for physical labour. “Honest physicians will tell you that where means of artificial locomotion have increased, the health of the people has suffered.” Spinning wheels (charkha) and doing physical labour (sharir yajna) were at the heart of his economic philosophy. Delivering the presidential speech at Kathiawad Political Conference on 8 January 1925, Gandhi said, “Nations are tired of the worship of lifeless machines multiplied ad infinitum. We are destroying the matchless living machines, viz our own bodies, by leaving them to rust and trying to substitute machinery for them. It is a law of God that the body must be fully worked and utilized. We dare not ignore it. The spinning wheel is the auspicious symbol of Sharir Yajna – body labour. He who eats his food without offering this sacrifice steals it. By giving up this sacrifice we became traitors to the country and banged the door in the face of the Goddess of Fortune.”

Gandhi believed eating (consuming) without working was stealing. But when toiling farmers refused to pay taxes to landlords who extracted surplus value, he strongly appealed to them to never suspend their payments.

Ambedkar, on the other hand, welcomed the use of machinery, hoping it would play an emancipatory role among the masses. He denounced Gandhian philosophy as Sanatanism (militant orthodox Hinduism), arguing that it would take us back to the “primitive” stage and “animal life” (Valerian Rodrigues, ed, The Essential Writings of B.R. Ambedkar, Oxford University Press, New Delhi, 2006, p 157).

Like Gandhi, Ambedkar was also aware of the problems that could arise from an overdependence on machinery but he did not agree with Gandhi that the solution lay in rejecting machinery per se. Ambedkar said it wasn’t the machinery but the “wrong social organization” that needed to be addressed.

Unlike the Gandhian philosophy that protected class interests, Ambedkar was alert to the practice of giving “absolute sanctity” to “private property” and “personal gains”. 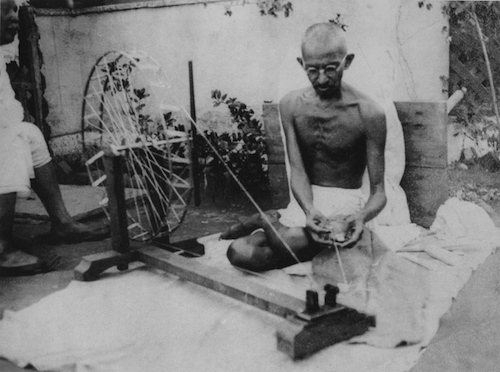 Ambedkar then went on to say that machinery was needed to free human beings from the everyday toil and make time for their cultural and intellectual development. “What divides the brute from man is culture. Culture is not possible for the brute, but it is essential for every person to lead a life of culture which means the cultivation of the mind as distinguished from the satisfaction of mere physical wants [ibid, p 158].”

Concluding that modern civilization and machinery were “indispensable”, Ambedkar put it thus: “How then can a life of culture be made possible? It is not possible unless there is sufficient leisure. … What can lessen such toil? Only when machine takes the place of man. … The man who condemns machinery and modern civilization simply does not understand their purpose and the ultimate aim which human society must strive to achieve [ibid, p 159].”

Ambedkar contrasted a democratic society that frees its people from drudgery with Gandhi’s advocacy of returning to a “primitive life”. He wrote: “Gandhism may be well suited to a society which does not accept democracy as its ideal. A society which does not believe in democracy may be indifferent to machinery and the civilization based upon it. But a democratic society cannot. The former may well content itself with life of leisure and culture for the few and a life of toil and drudgery for the many. But a democratic society must assure a life of leisure and culture to each one of its citizens. If the above analysis is correct then the slogan of a democratic society must be machinery, and more machinery, civilization and more civilization. Under Gandhism the common man must keep on toiling ceaselessly for a pittance and remain a brute. In short, Gandhism with its call of back to nature, means back to nakedness, back to squalor, back to poverty and back to ignorance for the vast mass of the people [ibid, p 159].”

A century after this debate on the use of machinery began, it remains as relevant today as it was then. As industrialization contributes to global warming and urban pollution, the machinery question also occupies the minds of many environmental activists. The condition of labourers hasn’t improved. Instead, it has gone from bad to worse. Is it not ironical that while technological advancements have scaled new heights, informalization, contracting, sub-contracting, unemployment and environmental degradation have become rampant? It’s time to turn to Ambedkar again. Didn’t he warn against making private property and personal gains the driving force of the economy? 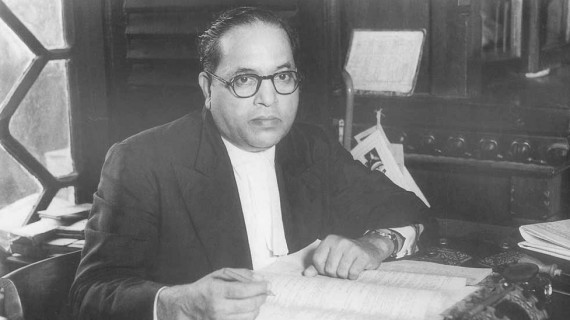