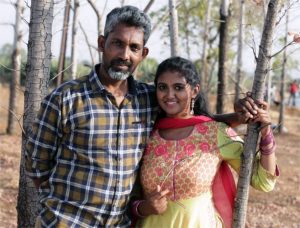 Marathi film director Nagraj Manjule is in the news. Despite asking inconvenient and complex questions on caste, gender and romantic love, his latest film Sairat (“wild”) has grossed Rs 1 billion – the first Marathi film to do so. Hailing from the Wadar Dalit caste of Sholapur, Nagraj has had no formal training in filmmaking. He was passionate about films from his childhood. Pistulia, a fifteen-minute film that he made while pursuing his postgraduation in mass communications, was his first production. It won the national award in 2010. Pistulia was the story of a Dalit child who wants to go to school; his poor parents, however, do not think that anything good will come out of it and they want him to share their workload instead.

In Fandry, a slim, dark-complexioned Dalit boy Jabya is bowled over by his fair-complexioned classmate belonging to an upper caste. He keeps on thinking of ways to attract the girl towards him. He wears good clothes and hides his family background from her. The girl is not even aware that Jabya is smitten with her. The film does not tell us what became of Jabya’s love for the girl. What would have happened had Jabya been a bit fairer and the girl a bit darker? What would have happened had the girl fallen in love with Jabya? Would the magical bird have brought Jabya’s love close to him? To get an answer to these questions, you can see Sairat. Some have interpreted Sairat as a sequel to Fandry (pig) and say that Jabya/Jambhuvant of Fandry becomes the Prashant/Parshya of Sairat.

However, that is not true. Sairat is not a sequel to Fandry, which captures a 14-year-old Dalit teenager with stars in his eyes and a deep yearning in his heart, in which a pig determines the value of the national anthem and a dead pig symbolizes not only the broken heart of Jabya but also presents an “ironical reality” before the great men of the nation and hits the audience like a stone.

Nagraj is well aware of the importance of cinema as an “idiom” and of its “popularity”. He uses the tools of the mainstream cinema but tells his tale. In these times when social identities are becoming narrower and more rigid, Sairat becoming the most successful Marathi film ever is like a light at the end of a tunnel. Sairat is a model of “cinematic subversion”. It is one of the few films in which we can see ourselves. Ajay-Atul, the musical duo, and Manjule deserve all the credit for conceptualizing and composing the lilting, intoxicating, festive music of the film. The symphony of folk tunes and indigenous imagery created with the help of state-of-the-art musical instruments and technology has set Maharashtra’s feet tapping. Manjule has shown that issues of caste, gender and oppression are not meant only for documentaries. Imagine you are watching a film that is a joint production of Manmohan Desai, Aditya Chopra, Karan Johar, Majid Majidi, Adoor Gopalakrishnan and Anand Patwardhan.

A speciality of Nagraj is that he re-establishes the metaphors and scenes which have been banished from the world of cinema. The school is the focal point of almost all his films. The school is where friendships blossom and where love appears in its myriad colours and forms, where one writes their first poetry and where the world bares its secrets. In the schools of Manjule’s films, the poems of the medieval Nirgun poet Chokhamela (Fandry) and powerful Dalit poet Namdev Dhasal (Sairat) enter unobtrusively. Manjule says that no matter how complicated life is, poetry gives one company. The young lead characters of both his films write poetry.

In the name of friendship, today’s Bollywood films create two rival characters that grapple with each other for women or power. But teenage friendships are not about deceit and rivalry; they are about simple, genuine human values. Sairat will be remembered for its portrayal of deep and enduring friendships of ordinary people. The film takes you back to your childhood and adolescence. It touches your heart at its most tender part.

Experimenting with sets and style 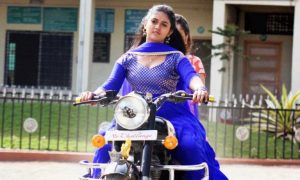 Sairat has captured the changes taking place at different levels in the rural milieu with great deftness. Dalit characters of Manjule’s film freely bathe in the step-well of Patils (an upper caste). Parashya does not allow himself to be dominated by anyone. His poems are put up on the college noticeboard and he is counted among the top performers in his class. Having jumped into a step-well fully clothed after handing over his watch and wallet to a friend, Parashya comes out when he hears Archi’s admonition. At that moment, watch the movement of the camera. As Parashya climbs one step after another, for a moment, he seems to be dominating a tense Archi standing at the top.

Whether it is the cricket commentary or a saffron-clad sadhu as the chief guest in a prize distribution function or Parashya, holding a child, riding pillion with Archi on a scooty or workers holding saffron flags thrashing young “lovers/ jihadis” by the roadside – Manjule’s sharp eyes miss nothing. At times, it seems that the film is digressing but then one quickly realizes that this is not due to indifferent editing. To present the narrative of the worldly wisdom, some amount of detailing is necessary.

Sairat is the love story of lower-caste Parshya and Archi, the daughter of a Savarna landlord. Needless to say, the affair is acceptable to none. The couple has to face violent reprisals of the landlord family. They escape to another town to save themselves. There, they get unexpected help from a Good Samaritan. After a heart-rending spell of mutual suspicions, they re-discover their love and tie the knot. It seems the story is headed to a happy ending. But that is not to be. Years later, Archi’s family traces the couple and murders both of them. Their child escapes the fatal onslaught as he is away with a neighbour. The film ends with the screaming child running out of the house after seeing the horrific sight of his parents lying dead, soaked in blood. As he escapes, he leaves behind footprints of blood – a pointer to a blood-soaked future.

Sairat has proved that Nagraj is an adept practitioner of his craft. While building huge imageries, the minutest of details and the generally ignored truths do not escape his keen eye. The film’s first half is full of music and colours, which start fading in the second half and by the end all the artificial props disappear. No music. No imposing scenes. What remains is deafening silence, punctuated by the shrieking of the child and the chorus around us. Marked by deep sensitivity, poetic insight and extraordinary detailing, Manjul’s style takes us from the big to the minute. The audience feels it can guess how the film will end but the actual end comes as a shock – a (Sahahat Ali Hasan) “Manto-nian” climax. You feel that something has snapped inside you. 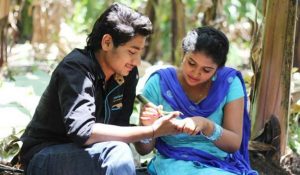 In Sairat (as in Fandry), there are few professional actors. The character of Archi, played by 15-year-old Rinku Rajguru, is the most important. Archi is the daughter of a landlord and politician who is also a don. She is the sister of a muscleman brother. Articulate and dominating, Archie sheds her feudal demeanour after she falls in love. She fires guns, clashes with the police station in-charge and drives a tractor to Parashya’s home in broad daylight. He asks Parashya’s ill-at-ease mother for water to drink and touches her feet in the market even as everyone looks on. Brought up in the lap of luxury, in a feudal family, Archie, after falling in love with a poor boy from a lower caste, lives in an unknown city in a tin shed built on a gutter, with a bathroom that doesn’t have a door. She works as a labourer in a bottling plant. Along the way, she changes and she learns. Manjule has eminently succeeded in extracting a stupendous performance from Rinku Rajguru.

There is politics in cinema but cinema’s role in not limited to that. It was not without reason that Lenin considered cinema the most important of arts for revolutionaries.

Anyway, life’s heroes have arrived on stage. Let us welcome them. 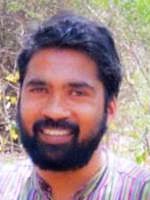