Producer-Director Nagraj Manjule’s 2013 Marathi film Fandry very poignantly told the tale of the teenage boy of Kaiykadi caste falling in love with a savarna girl in a village in modern Maharashtra. Kaiykadi is an outcaste toiler class and its members rear pigs and donkeys for a living. Pig is called “dukkar” in Marathi and “fandry” in the language of the Kaiykadi community. This word is an expletive in Maharashtra.  In Fandry, the yearnings of the adolescent Jabya remains confined to his heart and to the letters that never reach Shalu, the heroine. In the end, Jabya is left with no option but to return to his caste. His dreams take the form of an impotent angst and the film ends with him hurling a stone at the camera, ie, the audience. Sairat, released this year, takes the tale forward. 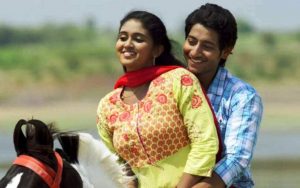 While Fandry seems to talk of an era when globalization was round the corner, Sairat is about a village – and it could be anywhere in India – which is already globalized. The romance of the Dalit hero and the savarna heroine blossoms in the lush green, irrigated sugarcane and banana fields and in the college of a village that is fast modernizing. The “green revolution” in Maharashtra in the 1970s gave rise to what are called “usache gaon” (a village that sugarcane has made prosperous) in the western part of the state. These villages have all the signs of prosperity: metalled roads, motorcycles, expensive cars, cell phones, schools, colleges, motorboats and the girls of savarna castes studying in co-educational colleges. In such a village, a brilliant Dalit boy and an assertive Patil girl can fall in love and they do. And amidst this superficial modernity, their romance takes on the caste system and patriarchy, thereby exposing the chasm between the real and the imagined worlds.

What are Indian villages except arenas of perpetual struggles – between classes and castes, and between caste-based patriarchy and dreams of romance and modernity. The landlords are musclemen; they are rich and resourceful. They wield power. They have armies or armed goons and the police and administration dance to their tunes. They are the rulers of their world. Their sons can slap a professor in the class and can thrash Dalit boys. Their men are not ready to give up their monopoly on the hearts, minds and bodies of the women of their caste. If savarna women got the right to marry Dalit men, the caste system would collapse. It is caste that determines whom you can fall in love with and whom you can marry. In India, inter-caste marriages can and do lead to bloodletting. And if the boy is a Dalit, only God can save him.

While the average Bollywood films present the superficial achievements of Indian modernity as a reality, Sairat exposes it for what it really is. Sairat, in a way, dabs in Dalit blood, the shining image of changing India that is presented to us through educational institutions and their nationalist discourse. This blood and the bodies of the hero and heroines with their throats slit haunt you for many days. And when their 2-year-old son rushes out of home, her little feet leave behind imprints of the blood of his murdered parents. This is the real history of caste.

Over the last thirty-odd years, we have witnessed an increasing number of inter-caste marriages, but has the caste-ridden society accepted them without demur? Only inter-caste marriages among savarnas are acceptable to some degree. Here, I am not talking of the metropolises where inter-caste marriages can take place and which provide sanctuary to the lovers – they can disappear in the anonymity of a big city, away from their kin. In villages and small towns, inter-caste marriages can and do script tales of gore and blood. Politics has added a new dimension to this violence. We have taught the young residents of these places to dream but when they set out to fulfil their dreams, only frustration comes their way. Till some years ago, it was believed that “honour killing” was confined to the musclemen castes of the northern states of Uttar Pradesh, Haryana and Punjab. Forget inter-caste marriages, in Haryana, even marriages between two people of the same gotra of the same caste are not allowed.

A closer look reveals many aspects of this problem. Globalization-induced modernism has spread to all parts of the country and with it the challenges with which our caste-based society is grappling. The hero of Sairat is a hardworking boy but he is not the typical hero of Hindi films – he is not macho enough to single-handedly beat ten or twenty goons black and blue. The heroine is the pampered daughter of the Patil of the village and is liberated in some sense. Instead of the boy, it is the girl who drives tractors and rides large motorcycles. She does not know how to cook or even peel garlic but she knows how to use a revolver. She wants control over her life. She decides whom to court and marry. Her character can give an ordinary Indian boy a complex. But despite all this, she is not allowed to cross the boundaries of caste. As soon as the Patil clan comes to know that she is in love, all hell breaks loose. The couple has no option but to escape to a big city where they can remain anonymous – and safe. They escape to Hyderabad and for both the families, they are as good as dead. Patil smashes her photographs and does not allow his wife to even utter the name of their daughter.

Decades ago, Ambedkar had said that the rural Indian setup was inherently anti-Dalit. The Dalit castes cannot live with dignity in the villages. Manjule underlines this horrendous truth in all its ugliness. The film is a warning to the gutsy couples opting for inter-caste marriages that they are not safe even in the metropolises. The savarna women who enter into this kind of matrimony should beware that murderers can come to them in the form of their own people carrying saris, ornaments and sweets with them. Indian modernity is never very far from hatred and enmity.

Dr Anirudh Deshpande is an associate professor in the Department of History, University of Delhi. A former Nehru Fellow, he is the author of The British Raj and its Indian Armed Forces (2002); British Military Policy in India 1900-1945 (2005); Class, Power and Consciousness in Indian Cinema and Television (2009); and numerous articles in newspapers and magazines, and research papers and reviews in reputed peer-reviewed journals. He has recently been named Motilal Nehru Centenary Biography Fellow at the Nehru Memorial Museum & Library, Teen Murti. His Naval Mutiny and Street Nationalism, 1946 (Primus Books) is forthcoming. 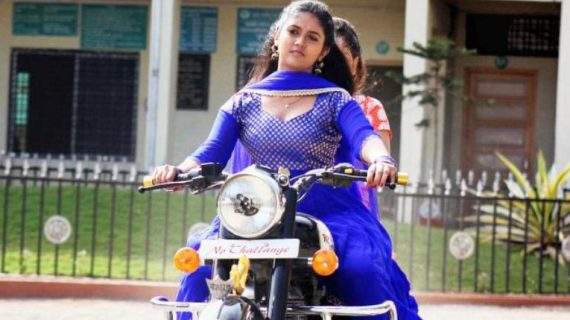 Sairat: Peering into the eyes of the world 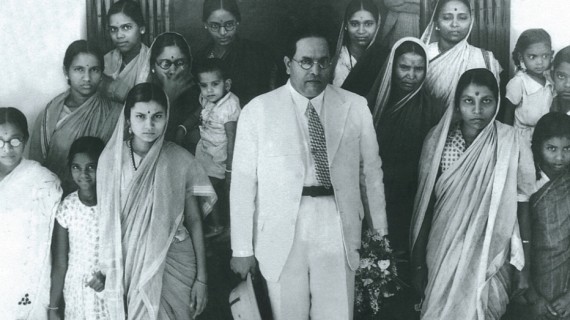 Ambedkar was as deeply influenced by the masses of women he mobilized as they were by him. That was the main source of his gender sensitivity