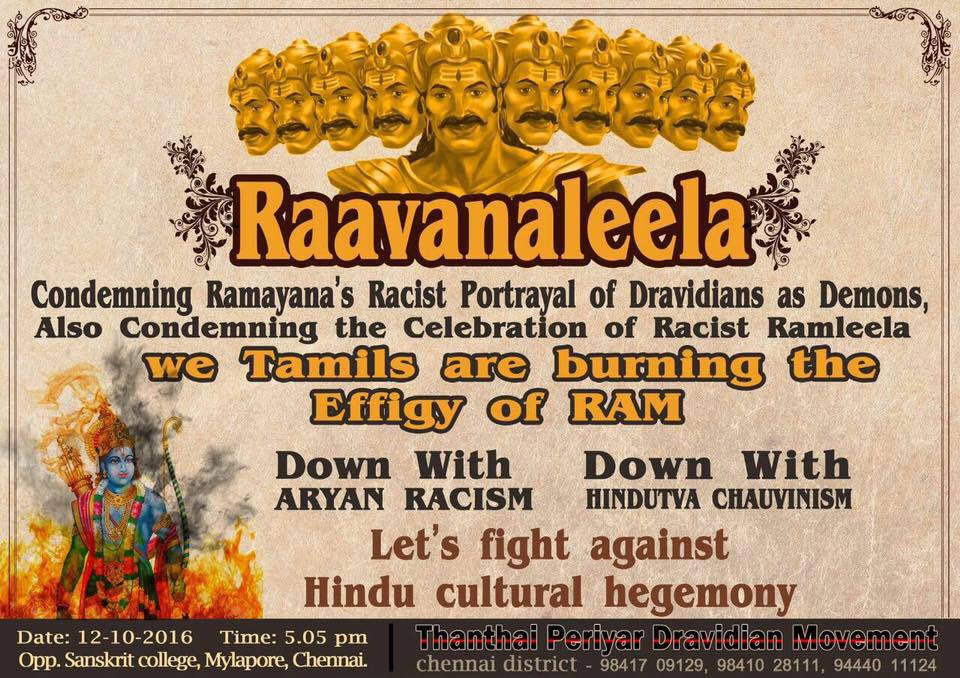 Even as several Bahujan groups across the country hold Mahishasur Divas to mourn the mythological death of Mahishasur at the hands of Durga, usually celebrated as Dussehra by some sections of Hindu society, a Dravidian Periyarist group in Chennai has announced that it would celebrate “Ravan Leela” this year.

Ram Leela on Dussehra day is an important part of celebrations in most parts of northern India, where an effigy of Ravan is burnt and brought down with explosives.

The Thanthai Periyar Dravidar Kazhagam has organized a Ravan Leela in Chennai on Wednesday, 12th October.

Tha Kumaron, Chennai district secretary, Thanthai Periyar Dravidar Kazhagam, said that they were going to celebrate Ravan Leela to protest against the age-old practice of Ram Leela. “We have also written a letter to Prime Minister Modi, asking the government to stop Ram Leela in Delhi every year,” he said, but there has been no response.

He says that Ravan and his brothers were Dravidians, and burning their effigies in Delhi is being insensitive towards the Dravidian people. It is in response to this annual event that they will be burning not just an effigy of Ram, but also Sita and Lakshman.

So why rake up the Ram Leela issue here, when it is hardly celebrated in Tamil Nadu?

“It does not matter if Ram Leela is celebrated in Tamil Nadu or not. In Delhi, effigies of Ravan and his two brothers are burnt. We believe that they are Dravidians and burning their effigies is mocking us. So to stop that, we have decided to celebrate Ravan Leela in which we will be burning the effigies of Ram, Sita and Lakshman,” Kumaron said.

The program is scheduled to be held at Sanskrit School on Wednesday evening. This is the first time that the group is celebrating Ravan Leela.

(Courtesy of the South-India-centric news website, The News Minute)

By and for India’s aspiring millions

Forward Press is both India’s first fully bilingual (English-Hindi) website and a publisher of books focused on Bahujan-related issues. These books shed light on the widespread problems as well as the finer aspects of the Bahujan (Dalit, OBC, Adivasi, Nomadic, Pasmanda) community’s literature, culture, society and culture. Contact us for a list of FP Books’ titles and to order. Mobile: +919968527911, Email: info@forwardmagazine.in 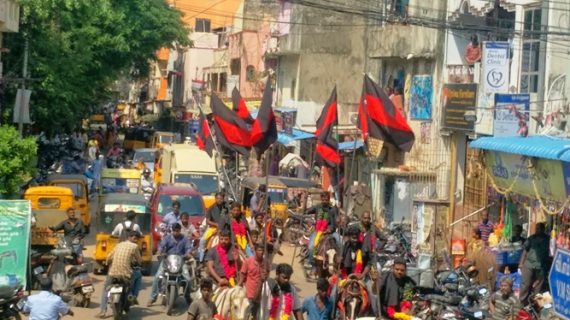 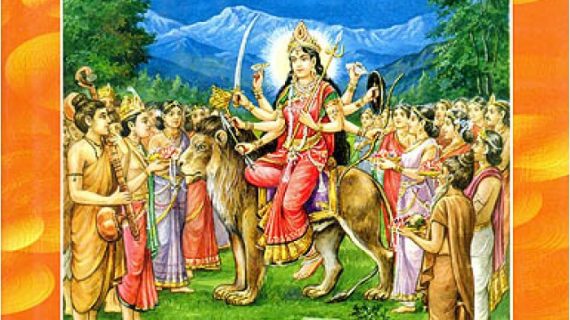 Dr Ambedkar raised important questions about the rise of Adi Shakti or goddesses during the Puranic era. He said that in the Vedic era it was the gods who fought battles. They were all men. Their wives did not join them in the wars 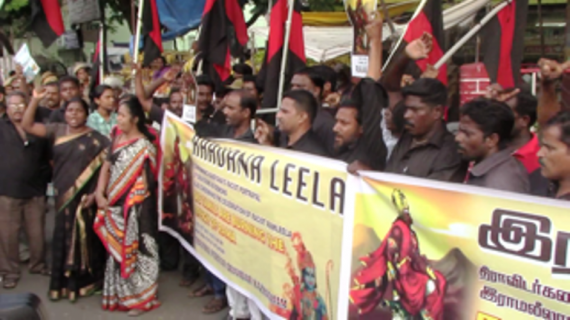 Mahishasur in the north, Ravan Leela in the south

Eleven people have been arrested in Chennai for burning effigies of Ram, Sita and Lakshman at a much-publicized event