Like most Bengalis, I grew up with the Durga Pujo. As a child, we didn’t have enough and the five-day festival meant new clothes, eating out and my mother doing away with her usual austere ways. We scouted for Pujo pandals every time we moved to a new town, politely fended off intrusive questions by Bengali uncles for bhog and excitedly rated the number of idols we managed to see.

I was a fat, shy kid with few friends. My mother and I gave each other company: the goddess slaying the demon inspiring some strange courage in a woman jaded by jabs for her divorce. She wasn’t invited for tambola, I wasn’t a part of the cool kids’ Pujo night-outs. Our solitariness kept each other company and grew into camaraderie: maa durga was our accomplice.

When I moved to Kolkata, the occasional indulgence became a headfirst dive into the citywide revelry. My early twenties were spent in all-night pandal hopping, feverishly ticking off famous Pujos from a scribbled list and hunting for early-morning breakfast after a punishing night of walking through galis.

Amid this, there was little time for thought. Bengalis lurch from one Pujo to other and any critical examination of the only time Kolkata looks pretty is discouraged.

A city that stinks of class bias in even restaurant entry dredges up examples of poor people celebrating to bolster the revelries. Most Bengalis sweep aside any criticism of Pujo by giving it a non-religious colour – it’s not about Hinduism, we are told, it is about having fun and who can disagree with fun?

Except that this isn’t true. Anyone who has been to any pandal anywhere in the world will know scriptures dictate everything: from the hours of arati and the clothes people should wear to the kind of food made and the way Pujo is conducted. Priests are always Brahmins and those helming the Pujo are always married, dominant-caste folks.

Durga is made into a feminist icon: a protector-mother slaying the demons for her 90 million Bengali children. The state’s mother-worshipping culture morphs the goddess into a trope and looks for her in everyday women and actresses till Durga is left selling Marie biscuits on billboards.

Except that, Durga doesn’t stand for every kind of woman and the Pujo is filled with sexist, exclusionary rituals such as Sindoor Khela – made famous by Vidya Balan in Kahaani – where only married (read upper-caste) women can take part.

My mother would tell you Pujo is a battleground to keep out those the genteel Bengali society doesn’t approve: the unmarried, the divorced, the poor. Small rituals such as cutting fruits, preparing or serving bhog or chaperoning the purohit are tools to establish fief and it is only through collective frenzy that we see them as harmless fun.

But the hardest to reconcile is what the festival stands for: the slaying of evil in the form of a blue-green Mahishasur, who occupies so little space in the Pujo-crazy Bengali minds that artisans are increasingly doing away with life-size representation of the so-called demon.

Mahishasur isn’t any ordinary adversary: he is seen as a tribal king killed by the Aryan goddess and tribes across Jharkhand and West Bengal – known as Asurs – celebrate their fair-minded monarch to this day.

In the imagination of India’s Dalits and Tribals, Durga Puja is the grotesque celebration of the murder of their king and the usurping of their land by a foreign power. We may try and whitewash this memory of violence with pop-feminism but it’s not going away.

Every year, thousands of Tribals across communities and regions celebrate Mahishasur’s memory and worship him.

Many others even shut their doors and windows and hide for this period to prevent a repeat of the trauma that befell their ancestors. But these alternative imaginations don’t reach the ears of Bengal’s non-religious Pujo organizers.

For the past few years, I have struggled with reconciling this history of violence with the comforting rituals of Pujo that envelope my life. Pujo as an dominant-caste project explains its sexist tropes – caste and patriarchy go together – and also helps us see why a festival celebrated mostly by wealthy landlords even two centuries ago became the region’s cultural signature.

It is in this shape that Pujo represents a continuance of the trend of violence by dominant communities against weaker sections – and an endorsement of the subjugation.

This year, when a group of close friends called me for Pushpanjali – offering flowers to the goddess – I dithered. How can you pray to a goddess driving a weapon through the tribal king’s heart and not endorse the centuries of violence on the weaker sections?

How can you forget the daily atrocities against Tribals and how they’ve been dispossessed of their homes and livelihoods by the rampaging god of modernization? How do you participate in the celebration of murder?

I made some excuse to my friends and turned up too late for Pushpanjali. I suspect this was my last brush with Durga Pujo celebrations. Letting the glorification of tribal murder fly as culture stops today.

This article first appeared in the Hindustan Times on 10 October 2016 and has been republished here with the permission of the author. 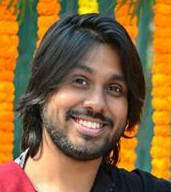 Dhrubo Jyoti is a journalist associated with the Hindustan Times newspaper.