The 89th Academy Awards ceremony was held with traditional grandeur on 27 February 2017. These awards, which can be called the Nobel of films, has always generated immense interest. This year, there was even more interest because in the last two years, an overwhelming majority of the winners of the awards were whites. The world was watching with interest whether the advent of the Trump era would consolidate this trend. In the end, it came as a pleasant surprise that the 89th Oscars were a celebration of diversity. Never before in the history of Oscars had five blacks and a Muslim won the awards. 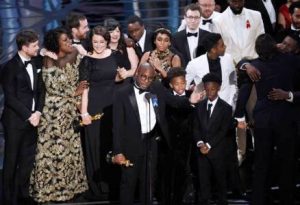 La La Land, which was nominated in 14 categories and won in six, was the most talked about. However, Moonlight, directed by Barry Jenkins, an African American, which won three awards, including the Best Picture, established the glory of the black community. Much has been said and written about this film from the beginning of the awards season. After the film won the 74th Golden Globe Award on 8 January 2017, I wrote a post on my Facebook page titled “Now Moonlight will test the social discretion of the American elite”. It went like this:

“The Golden Globe Awards, which are considered the preliminaries to the Oscars, holds a special significance for Indians as Priyanka Chopra became the first Indian to be invited to present the award. Had Dev Patel of Slum Dog Millionaire fame won the Best Actor in a Supporting Role award for Lion, we would have been even happier. The way Meryl Streep, the recipient of the Cecil B. DeMille Award, sniped at Trump, the American clone of our Narendra Modi, without taking his name at the awards ceremony left the protagonists of diversity the world over overwhelmed with joy. Slamming the divisive policies of Trump, Meryl said, “But who are we, and what is Hollywood anyway? It’s just a bunch of people from other places.” A rattled Trump described Meryl as a “Hillary flunky” and “one of the most overrated actresses in Hollywood”. It’s possible that businessman-turned-politician Trump does not know that Meryl, the unmatched heroine of Kramer vs Kramer, has won the highest number of Oscar nominations thus far for acting and has taken home the Oscar trophy thrice. 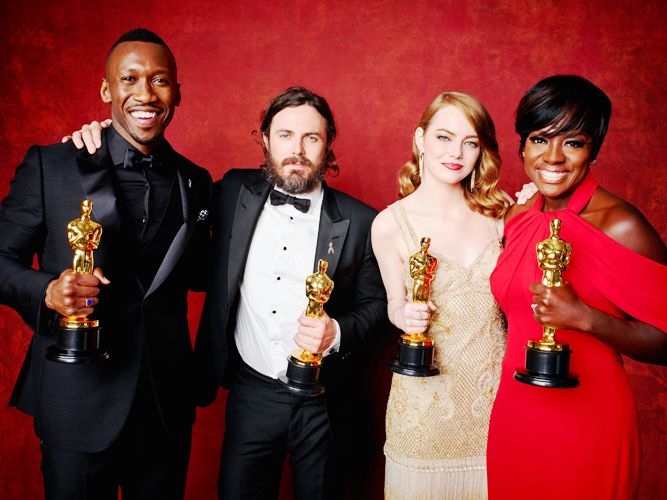 The Meryl-Trump spar aside, the romantic musical La La Land was the talk of the town during the 74th Golden Globe Awards. It won seven awards, including for Best Motion Picture (comedy/musical) and Best Actor. Next came Moonlight, which won the Best Film award in Best Drama Motion Picture category. Moonlight was nominated in six categories, including best picture, direction, screenplay, supporting actor/actress and best original score. For the victims of racism, Moonlight’s smashing successes in Golden Globe Award was an hour of great satisfaction. Normally, films that figure in the Golden Globe Awards also figure in Oscars. Hopefully, Moonlight will create waves in Oscars, too. But this will happen only if those who make nominations for the Oscars, who are mostly white, use their social discretion – for which Dr Ambedkar had handsomely praised them. But with the American Modis (Trump and those of his ilk) having injected divisiveness into white American psyche, they are no longer as magnanimous towards the deprived races as they once were. With 90 per cent of the Oscar voters being white, Oscars turned increasingly white in the last two years. Due to the growing intolerance in the US, the blacks are nominated for the awards. In India, due to the domination of the savarnas in the award juries, Dalits, Tribals and OBCs rarely get awards despite doing good work. The predicament of the African American actors is no different. Hence, I have serious doubts that Moonlight will do as well in Oscars as it has done in the Golden Globe Awards. That is why I say that Moonlight will test the social discretion of the American elite. If Moonlight fails to get the recognition it deserves, we will have to conclude that the American elite has become a carbon copy of the Indian savarnas. This post will be incomplete without informing you that Denzel Washington also won nomination for Golden Globe Award in the Best Actor category. Besides Moonlight, Denzel Washington will also put the social discretion of the whites to the test.” 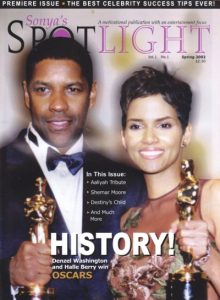 For me, the Oscars were going to be a litmus test to determine whether the American society had indeed turned racist in the Trump era or it still had respect for diversity. The announcement of the Oscar nominations brought tears to my eyes. I was more than glad to discover that Trump had not been able to efface the basic liberalism and magnanimity of American society. African Americans got a significant number of nominations across categories. Moonlight got eight nominations while Denzel Washington was nominated in the lead actor category for the seventh time. Among those who had been nominated was Slum Dog Millionaire fame Dev Patel. I could only hope that Oscars would not be white this time – that it would have shades of black too.

And just that happened. On the morning of 27 February, I put out a post titled: “Hurray. America has not changed: Respect for diversity continues.”

“Sometime ago, I had written that we would know whether America has changed with Trump at the helm by the afternoon of 27 February, when the 89th Oscars would be announced. The awards have been announced and it is clear that the Americans have not changed. They continue to respect diversity. I would even say that the Academy of Motion Picture Arts and Sciences has scrambled to challenge the anti-diversity policies of Trump. For the first time after 2002, so many blacks have won the awards.”

In fact, this year’s awards surpassed the 2002 awards as far as respect for diversity is concerned. The 74th Oscars are still remembered for the large representation of blacks. At that time, Whoopi Goldberg conducted the ceremony. On that day, at the Kodak theatre in Hollywood, actor Sidney Poitier was presented with the Honorary Award. But what surprised the world was blacks – Denzel Washington and Halle Berry – winning the Best Actor and the Best Actress awards. The photo of the two together, holding the Oscar trophy in their hands, is among the most memorable in the history of Oscars. In 2017, a record five blacks won the award. Also, for the first time, seven actors of minority communities, six of them African Americans, were nominated for awards in the acting category. It was for the first time that blacks were nominated in all acting categories, including best actor/actress and best supporting actor/actress. Three black actresses were nominated for the supporting actress award and three blacks for script writing. Also, for the first time, three of the five films nominated in the Best Film category were produced by blacks. For the first time, blacks were nominated in the cinematography and editing categories. Moonlight became the first film to have won the Best Picture Award with an all-black cast. Though, Berry Jenkins, the director of Moonlight lost out to Damien Chazelle, the director of La La Land, he became the fourth black director to be nominated for the award. The recognition given to diversity in the 89th awards is evident from the fact that four of the five films nominated for the Best Picture award were based on black characters. 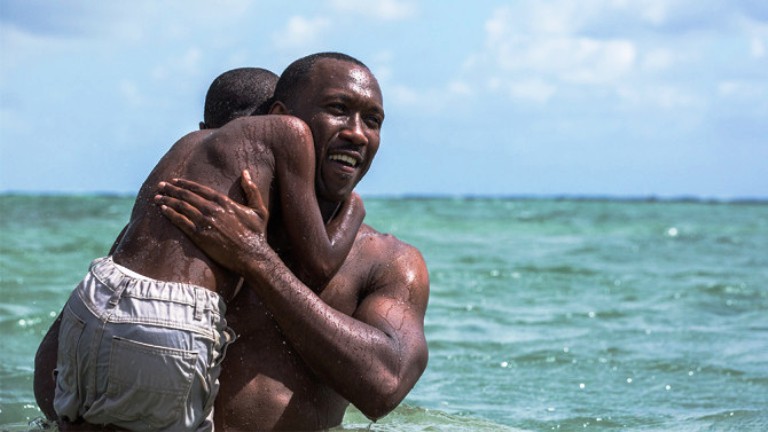 A still from ‘Moonlight’

The credit for the flood of awards for African Americans in the 89th Oscars must go to the Academy of Motion Picture Arts and Sciences. It seems that just as the white authors, journalists, activists and judges of America have stood up against the anti-diversity policies of Trump, the Academy too has decided to do its bit. The Academy’s twin objectives appeared to be to remove the stigma of blacks not being nominated for awards in the key categories in the 87th and 88th awards and to contribute to the battle against the policies of Trump that have struck at the very roots of the unity and diversity of the USA. After 9/11, the Academy had made strenuous efforts to project the diversity of the American society through the 2002 awards. This time the Academy gave ample representation to the blacks to reassure the minority communities (Blacks, Hispanics and persons of Asian origin) who have been unsettled by Trump’s entry into the White House. That is not all. The Academy chose Asghar Farhadi’s Iranian film The Salesman for the award in the Best Foreign Language Film category and Moonlight’s Mahershala Ali for the Best Actor in a Supporting Role. This was the first time a Muslim actor has won an Oscar. The Academy was probably trying to rebuff the Trump supporters.

As part of its long-term plans to encourage and foster diversity, the president of the Academy, Cheryl Boone Isaacs, had launched a campaign to strike a balance between various communities among the voters for Oscars. Almost 90 per cent of the voters were whites and among them 75 per cent were men. She gave the right to vote to film professionals of 59 countries. This gave ample representation to women and blacks among the voters, leading to the surge in the number of black Oscar winners. One key message of the 89th Oscars is that till diverse social groups do not get representation in award juries, the talent of the members of deprived communities will never be recognized. This is especially true of India, where generally the people are caste- and varna-centred. Till the deprived communities get representation in juries, awards will be remain a distant dream for the Tribals, OBCs and the Dalits.