As preparations for Durga Puja and Dussehra are under way, a new movement is taking shape across central India. Tribal communities in Madhya Pradesh, Chhattisgarh and Jharkhand are coming together to object to the way these festivals are celebrated. Their objection pertains specifically to the burning of the effigies of Mahishasur and Ravana. They have even issued warnings to the local administrations and submitted representations. 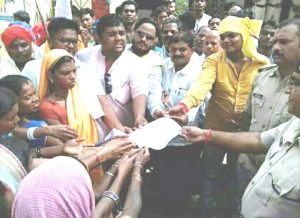 Adivasis submit their written representation to the police in Sarni, in Madhya Pradesh’s Betul district

Many residents of tribal villages around Sarni in Madhya Pradesh’s Betul district have launched a campaign opposing Ravana Dahan (the burning of the effigy of Ravana). They have made representations to the collector and the Superintendent of Police demanding a ban on Ravana Dahan. Else, they have warned, they would launch an agitation. 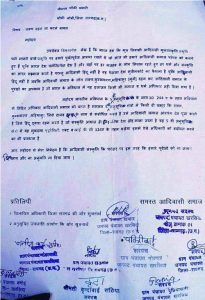 Adivasis in Raigarh, Chhattisgarh, made this representation to the local administration

Two organizations called Adivasi Yuva Sangathan and Jai Adivasi Sangathan have launched this campaign. The representation, made by the residents of Chhattarpur, Dhased and many other villages, says that Ravana, Meghnad and Kumbakaran are the family deities of the Tribals and burning of their effigies is violative of the fundamental right to religious freedom, granted to all citizens under Article 25 of the Constitution. The Adivasis have asked the administration to put a stop to the Ravana Dahan programmes held in Sarni and Pathakheda during Dussehra. The written representation says that Ravana was a benefactor of the Tribals. The demands for a ban on Ravana Dahan are now being heard among the Adivasis of Chindwara and Seoni districts, too.

Ravana and Mahishasur are worshipped in many parts of the country. Tribals believe that the invader Aryans conspired and killed both of them.

According to the daily iNext, published from Ranchi, tribal communities of Kanki, Murahi Panchayat, in Jharkhand’s Khunti district have gone a step further. A village meeting (gramsabha) has passed a resolution saying the burning of the effigies of Mahishasur (Mahesha Murmu) and Ravana and referring them to as Rakshasha amount to not just betrayal but sedition. 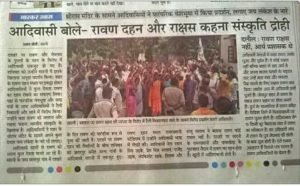 A newspaper clipping about the campaign against ‘Ravana Dahan’ in Sarni, Madhya Pradesh

“Adivasis are the original inhabitants of India,” the representation says. “They are animists and believe in nature and their ancestors. This tradition remains intact even today. Because India is a secular country and people of every religion live here, we respect all religions and cultures. The Supreme Court has ruled that Adivasis are not Hindus, and the Indian Constitution has not given anyone the right to burn the effigies of their ancestors Ravana, Kumbakarna, Mahishasur (Murmu) and insult them.”

Both this representation and the resolution of the village meeting in Jharkhand pointed to the available legal provisions against these activities. The Adivasis of the two states said in their statements that in the areas where the Fifth Schedule is in force, those found indulging in these activities would be indicted on the charge of sedition (violation of IPC 124A) or for violating the Atrocities Act. According to the iNext report, the Jharkhand village resolution even warned the Brahmins and Hindus in the rest of the country against indulging in these activities, and added that, under the aforementioned laws, officials encouraging these activities could face expulsion from their service.

Meanwhile, the RSS seems to be worried about these developments. “They want to create fissures in Hindu society. They want to turn villages into battlegrounds”, said Mohan Nagar, an RSS Pracharak who has been working among the Tribals in Madhya Pradesh for many years. 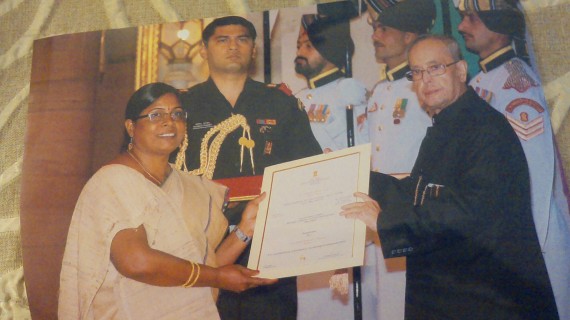 ‘Mahishasur’s daughter’ gets award from President

Dr Saurabh Suman’s presence at Rashtrapati Bhavan, the seat of the highest powers, is indicative of a nation about to free itself from the brahmanical culture 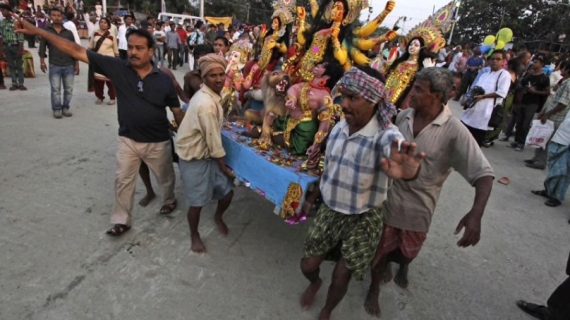 Attempts made to trick Asurs into worshipping Durga