Babasaheb’s words, from his book Pakistan, or The Partition of India, still holds much relevance for the political discourse in India. Its emphasis is magnified in an environment where attempts are made daily by those in power to muzzle freedom of expression and impose unwarranted scrutiny. On 2 May 2018, the University Grants Commission (UGC) announced that 4,305 journals had been removed from its list of approved journals. To name a few, FORWARD Press, the online edition of the Economic and Political Weekly (online), journals from reputed universities like Harvard and Oxford, and Hindi magazines like Hans and Vaagarth were excised from the list. 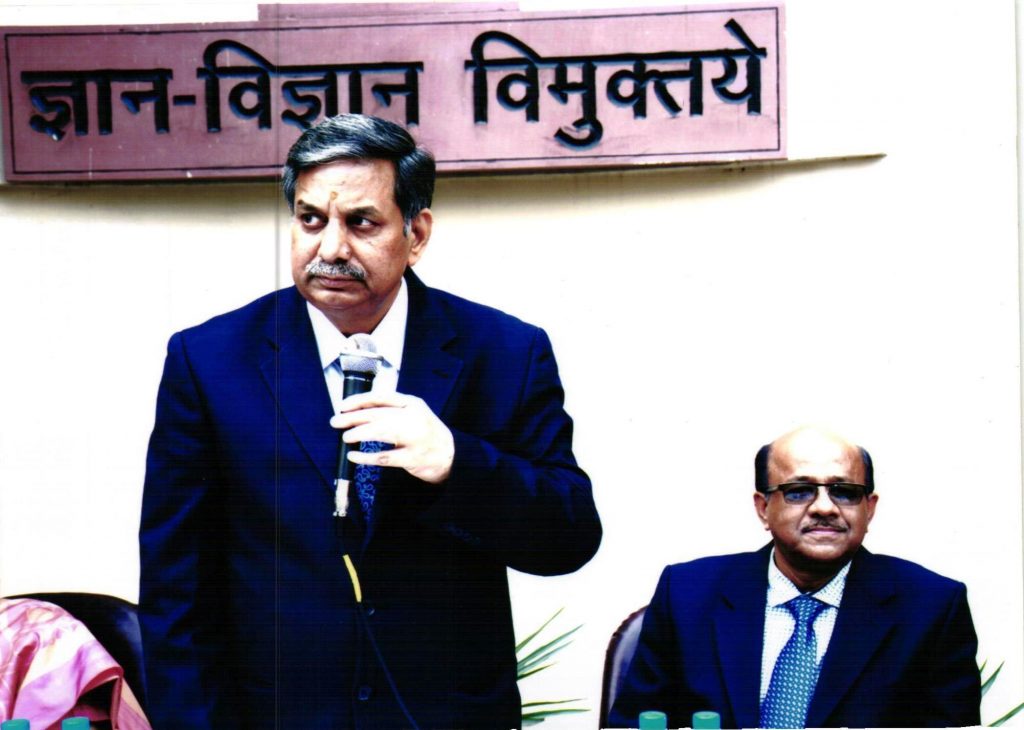 Calling the decision an all-out attack on free and progressive thought, Sanjay Sahay, the editor of Hans, told FORWARD Press, “The move to delist is a grave matter and infringement of freedom of expression, considering that magazines like Hans support and write about the struggles of the marginalized, such as Dalits and other backward classes and women. The questions we raise are about centuries of social engineering which, by means of the varna system, aided the upper castes. Hence, what does the UGC stand to lose when students read such progressive magazines and what kind of education system is it trying to imbue? Would it rather have a fascist society where education isn’t prioritized and only the Manusmriti and vedas are acceptable sources of knowledge?” 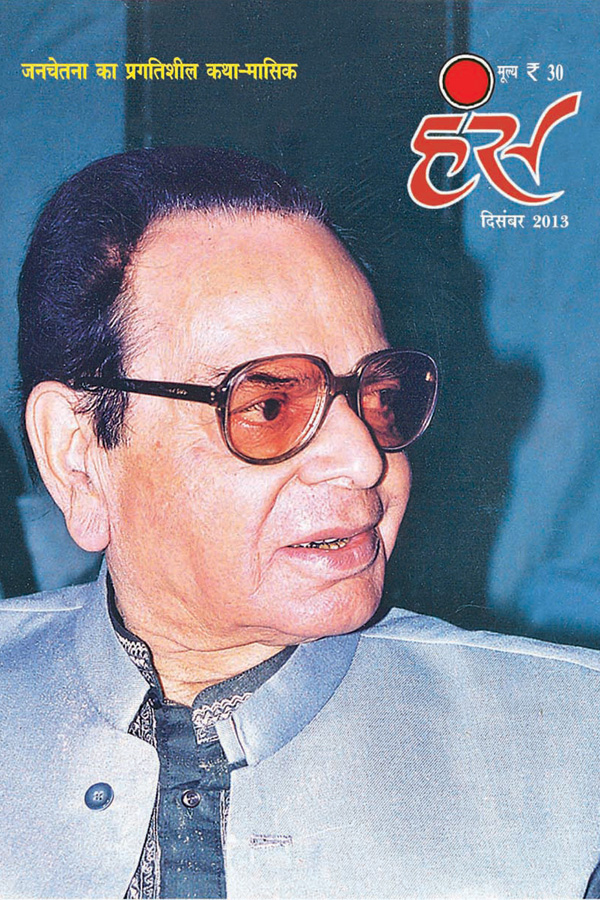 Rajendra Yadav, the late novelist and editor of ‘Hans’, on the cover of the magazine’s December 2013 issue

The UGC’s initial stand on the matter was that it was merely acting on complaints by scholars, universities and the academic fraternity against “inclusion of predatory, fake or questionable journals”. The keywords here are “predatory” and “fake”. Given the present climate of deliberately spreading misinformation in the media and academic sphere, these two terms can destroy the credibility of individuals and institutions. Hence, labelling and removing of journals from a peer-reviewed list ensures culpability by association.

Realizing the gravity of its mistake and the massive opposition to it, the UGC toned down its messaging and released a clarification which read: “The Standing Committee reiterates that removal/non-inclusion of a journal does not necessarily indicate that it is of poor quality, but it may also be due to non-availability of information such as details of editorial board, indexing information, year of its commencement, frequency and regularity of its publication schedule, etc.”

Now, in this episode, the focus has shifted to a set of criteria established by the agency. It established two ways for journals to be included in the list of approved journals. First, they could be listed in a credible citation index or a database of accredited journals. So if journals were listed in Scopus, Web of Science and Indian Citation Index, they were almost guaranteed a direct entry into the UGC list. The second route to the UGC list has been contentious and journals have raised an alarm about its validity. It requires journals to score a minimum of five (for Humanities stream) and six (for Science, Social Sciences and Multidisciplinary categories) out of a possible nine points, in order to gain entry into the approved list. Adherence to these principles is supposed to be a measure of the quality of the publications – many of which had peer recognition in the academic circles and time-tested authenticity. Since the said list of journals “was expanded to include recommendations made by the academic community”, is there a scope for rejection based on difference of opinions? These glaring loopholes in the procedure allow for many unanswered questions and even alleged discrimination towards liberal and free-thinking agencies.

Calling the move politically motivated and ideologically biased, Faraz Ahmad, a UGC’s BSR (Basic Scientific Research) Doctoral Fellow from Aligarh Muslim University (AMU), said: “UGC lacks a definitive framework and has been working in an arbitrary manner, as seen by their gross implementation of policies and handling of various academic issues. With regard to the approval list, numerous imposter/predatory journals have found their way in. Whereas, widely read pro-people journals – including EPW [online edition], Forward Press, Studies in Peoples’ History and many others – have been removed from the list. It is an attempt to curb the academic freedom in India.”

If maintaining the sanctity of knowledge and education was the UGC’s desire, then it should have allowed publications to make immediate representation and answer to claims questioning their veracity – which, in principle, is the bare minimum for any democratic process. Such haphazard moves by the UGC begs the question if it truly abides by the democratic process, which is fundamental to the Indian republic, or if it’s just looking to entertain certain classes or forces as in a banana republic.

With the rejected journals not informed beforehand about the criteria or allowed to respond to them being called “questionable”, many including Jaiprakash Kardam, editor of Dalit Sahitya, have called the move undemocratic. “I read about the UGC delisting in the newspapers, but there was no specific mention of what these norms were. It isn’t much to ask for the UGC to reach out and allow us to provide the necessary details or to clarify our stand,” he said. 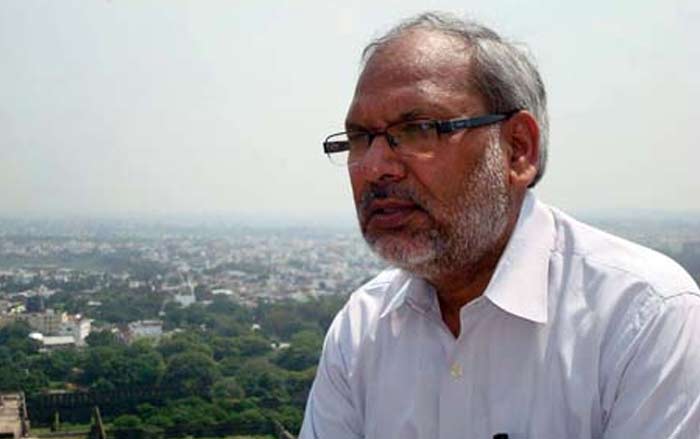 Jaiprakash Kardam, editor of ‘Dalit Sahitya’ says the UGC delisted the magazine because it doesn’t have a website

It was a while before Kardam realized that his publication was rejected for not adhering to the primary criterion. “We do not have a website but would have developed one if it was made mandatory by the UGC. If this was the basis for selection, then we should have been informed beforehand or not included in the list in the first place,” said Kardam.

Making an accompanying website mandatory sounds the death knell of print journals. Studies point out that the print medium in India is growing and readers have more faith in print. A 2017 Audit Bureau of Circulation (ABC) study reports that the print readership in India has grown from 39.1 million copies in 2006 to 62.8 million in 2016, a massive spike of 60 per cent.  Since many of these publications exist as print-only editions and work with limited resources – financially and manpower-wise – why didn’t the UGC consider an alternative arrangement for them? Or at least provide a stipulated time-frame to establish a website?

The UGC’s primary criterion of maintaining a website might not bother bigger publications, but it affects smaller regional magazines, said Vandana Tete, editor of Ranchi-based Akhara. “Regional publications facilitate the voices of students and academics from the tribal community, without any government support. Though we try to move with the times, not all journals can afford to maintain websites. So the UGC’s primary criterion is unfair, especially since journals weren’t given a heads-up. The least they could have done is to notify us, so we could have taken corrective measures,” she said.

The damage caused by the decision isn’t limited to publications. The decision affects research scholars and academicians, too. Since, rating points – derived from publishing in approved publications – are mandatory for appointment or promotion in educational institutions, this would have a bearing on the nature of the articles and papers that are published. “Many scholars or academicians do not find a voice in bigger publications and hence reach out to us for publishing their papers and articles. This decision by the UGC will promote certain publications, who cater to a specific ideology,” said Tete.

This attempt by the UGC to “curate” its list of journals, based on their presence on the internet, can be summed up as trying to pull a fast one. With many journals set to fail this primary criterion and even the point-awarding system rigged to ensure limited submissions, the farce is too obvious. But what rubs salt in the wound is the UGC’s declaration “that the recommendation portal will be opened once every year”.

With the academic community unimpressed with the UGC’s “endeavour to curate its list of approved journals”, will it rectify its position and allow the delisted journals a recourse? Only if it does so, a truly “dynamic list” will be available for the benefit of all. 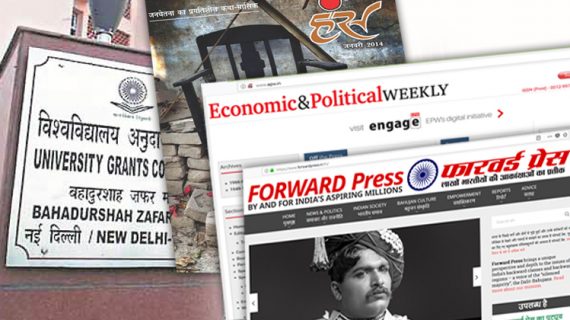 The University Grants Commission has clarified that the removal does not necessarily mean the journals are of poor quality. It said they may be lacking some basic criteria, and can be reinstated once they fulfil them 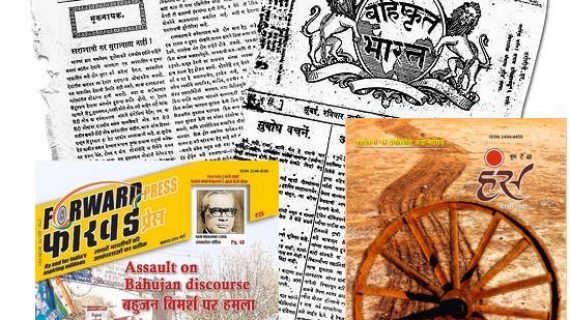