Arranged in very short 50 chapters, Dalit Panthers:  Authoritative History is the story of Dalit Panthers told by J.V. Pawar, someone who was its general secretary and pivotal organizer of all Dalit Panther actions, and who kept meticulous records of Dalit Panther events. These 50 chapters are also not very long as is the case with the celebrated historical treatises of noted Indian and foreign historians.

As is well known, the Dalit Panthers was formed by Raja Dhale, Namdev Dhasal and J.V. Pawar on 29 May 1972 and just after its national attention-catching tumultuous journey in Maharashtra it was disbanded on 7 March 1977. It was a militant Dalit movement that attracted worldwide attention and carried the erstwhile Ambedkarite movement from passive resistance to inequality, atrocities, violence and exploitation of the Dalits to a new militant level where they began taking appropriate corrective actions without waiting for the unwilling government machinery to redress them.  The subtitle of the book deems it as an “authoritative history” of Dalit Panther movement. However, Pawar himself states in the Preface that it is a “sketchy history”.  Pawar’s account is both “sketchy” and “authoritative”.  It is authoritative in terms of details of events, specific participants in them and the elaborate description of nuts and bolts of their organization and outcomes, changing configurations of its organizational journey. Dhale and Dhasal have also written their versions of Dalit Panthers’ history but they lack objective descriptions of the organization as well as its programmes during its short-lived existence. Pawar is dead right when he states that only three Dalit Panthers, Raja Dhale, Namdev Dhasal, and he himself, could have written its history. It so happens that all three have written this tumultuous history, but their accounts, when compared, are found to be often at variance with each other. I would agree with Pawar that he has the best credentials to claim the adjective “authoritative”, for as the Dalit Panthers’ secretary, he kept all the records, was organizing most of the consequential events, and compared to highly emotional and often irresponsible Dhale and Dhasal, was the more down-to-earth operative of the Dalit Panthers.

Authoritative but not analyzing

After reading the book carefully, I would say that the book is “authoritative” in detailing – not analyzing – and there are obvious and far too many gaping holes.  I would not enumerate them all but give example of one significant one. One such gaping hole for example does not cover one of the significant contributions of the Dalit Panthers, namely starting and developing a Dalit tradition of literature in Marathi in Maharashtra which rubbed off its sheen on literary Dalits active in languages such as Hindi to produce an alternative view of the Dalits and their socio-economic-cultural- political existence! In Pawar’s personal and Dalit Panthers’ context, this is all the more galling omission since apart from Raja Dhale and Namdev Dhasal, Pawar himself was a leading Dalit literary figure who made outstanding Dalit literary contributions that debunked the mainstream Marathi literary view of the empirical reality in Maharashtra. That this is indeed so  is very competently analyzed by Eleanor Zelliot in her book, From the Untouchable to the Dalit, especially when juxtaposed against mainstream Marathi literature, how Dalit literary view depicts an altogether new and far more truer perspective of Dalit literature, culture, art and   history. Pawar mentions Eleanor Zelliot in his narrative but conveniently forgets to record the conclusions of her analysis about the role of Dalit Panther literature in developing a Dalit view of social reality of Dalits in Maharashtra and about how the literature is different from the mainstream Marathi literary works. 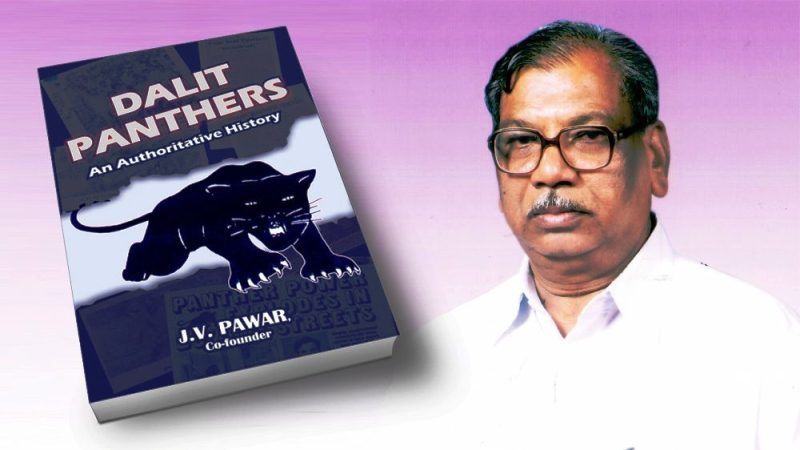 Pawar’s history of Dalit Panthers is a detailed descriptive account of the  post-Ambedkar context in which the movement burst on the political turf of Maharashtra. Pawar identifies two major causes of the birth of the Dalit Panthers as an organization: the unwillingness of the Government of Maharashtra to take any concrete steps to redress the grievances of the Dalits, and  no  decisive attempt by  the  Republican Party of India  to fight for Dalit causes due to its split into various factions to enjoy the crumbs of power conferred by the Congress rulers. Informed readers know that in spite of the foregoing, unlike the ground reality of the Dalits in  most other states, Maharashtra’s  society possessed what Harish Wankhede (“Return to a  Radical Past: Bhima-Koregaon Protests Reflected Acts that Define Dalit Consciousness And Its Agenda”, The Indian Express, 17 January 2018 ) say the Ambedkarite civil society,  consisting of numerous NGOs, cultural fronts, social cooperatives, Buddhist faith-based organizations and other self-motivated groups, which functioned  along with many intellectual forums, social activists and students’ organizations to propagate the ideas of Ambedkar. Even Wankhede does not label it correctly.  In fact, Maharashtra possessed a Bahujan Civil Society and not only a Dalit Civil Society. It included the other deprived sections of the  society like the OBCs and the Scheduled Tribes. Pawar  certainly refers to them in his 50 short chapters of  history of Dalit Panthers but appears to downplay their contributory role in the success of the Dalit Panthers. In fact, as Wankhede states,  this Ambedkar Civil Society has continued to function effectively even  after the  disbanding of the Dalit Panthers  in 1975, as for example,  seen in the 2017 episode at Bhima Koregaon. It has carved an independent space in the socio-cultural domain without directly attaching itself to political fronts. It engage sin independent acts of Dalit/Bahujan resistance in the social sphere  in an arena of conflict between the proponents of the Brahminical Hindu social order and defenders of social equality. Thus,  the  Dalit civil society  was present in the post-split period of the Republican Party of India as it is present today in the post-Dalit Panthers era. Subsequent to the Dalit Panthers’ disintegration in 1975,   the Dalit civil society has distanced  itself from the political milieu and  engages in transformative social change periodically. Pawar mentions their contribution in his narrative throughout  but  does not prominently  acknowledge their role in  contributing  to the success of  the Dalit Panthers. As Harish Wankhede  argues, it is this everyday social, cultural and intellectual activism that defines Dalit consciousness and its agenda today. The Dalit protests on the streets of Maharashtra testify that the Dalit movement has retained its radical and progressive character against all odds (and despite absence of militant organizations like the Dalit Panthers of the mid 1970s).

Pawar’s history of Dalit Panthers has elaborate detailing of important Dalit Panther events but not necessarily in either logical or historical sequence. However, it is an honest, fairly self-critical, participative account, outlining of birth and development, functioning of the Dalit Panthers movement, its inherent organizational and operational weaknesses, including individual whims and fancies of its important pallbearers. What comes out of his account is the repetitive and painful story of very strong, potent and pulsating movement succeeding in the shortest possible term but also disintegrating soon after. The Dalit Panthers movement had all elements of empowerment, yet it did not sustain itself despite enormous goodwill even from segments such as the OBCs and the Adivasis. It shows the contrasts  between short-period success of a militant outfit like the Dalit Panthers in the sociopolitical terrain of Maharashtra and a far more politically broad-based movement of BSP in the 1990s and the stillbirth of Bhim Army in 2017 in Uttar Pradesh where a civil society of all three deprived sections of the society is still non-existent. 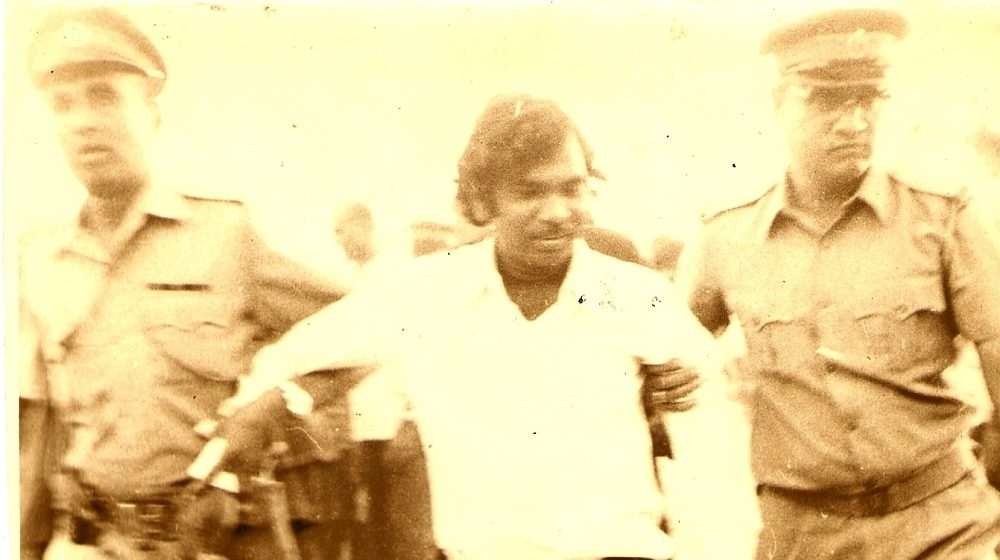 Pawar’s Dalit Panthers history, although decidedly authoritative from one viewpoint, is incomplete from other viewpoints, and the book must be read in conjunction with the  similar accounts separately brought out by Pawar as well as other Dalit Panther notables. Pawar himself has authored other accounts of the Dalit Panther movement that talk about the contribution of movement in literature. Since these are not included in this book, it must be read along with writings of Pawar, and fellow Dalit Panther notables like Raja Dhale and Namdev Dhasal on the one hand and  analyses of noted researchers like Eleanor Zelliot, Gail Omvedt and Anupama Rao.

Raja Dhale and Namdev Dhasal in their accounts of the Dalit Panther movement have shown excessive emphasis on their own role; they have even not been truthful in some of their descriptions. Pawar is just the opposite: unlike Dhale and Dhasal, he has  been self-critical and has acknowledged his mistakes! And it goes without saying that no one, including  Gail Omvedt, Eleanor Zelliot, Anupama Rao and Suryakant Waghmore, has Pawar’s depth and specification.

Pawar’s book is not analytical; it is descriptive, episode by episode, quite often haphazardly arranged; it is not history in the style of, say, B.B. Misra. However, I am not inclined to term his book as lacking analytical rigour. It is deliberately written in a very simple language.  I know that Pawar has been a notable literary figure in Marathi literature whose poetry has been an outstanding exhibit of rich Marathi literary expression. This book does not reflect that literary genre. It is written in low-key  language that a typical Maharashtrian uses in his day-to-day life.

Given the detailed auto-ethnographic character of Pawar’s history of Dalit Panthers, its price tag of Rs 500 for a 246-page book  fixed by Forward Press/ The Marginalised is surely very reasonable. Had it been published by upstream publishers like it would have been not less than Rs 1000. It is my sincere hope that Forward Press/The Maginalised would also bring out its Hindi version  shortly. 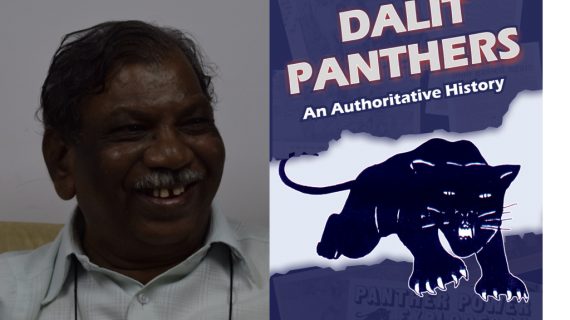 When Gandhism failed to address the evil of caste and squabbles within the RPI lay waste to Ambedkar’s legacy, a bunch of young Marathi writers turned to militant and politically astute activism. Abimanyu Kumar reviews ‘Dalit Panthers: An Authoritative History’ The history of Marathi Ambedkarite Literature

History bears witness to the fact that Dalit Literature had emerged in Maharashtra well before 1950. Built on an ideological foundation substantiated by Dr B.R. Ambedkar, Dalit Literature is today said to be posing a challenge to mainstream literature. How did Dalit Literature undergo this metamorphosis? J.V. Pawar, a co-founder of Dalit Panthers, has the answer