The historical vision of eminent linguist Dr Rajendra Prasad Singh is fundamentally different from that of the nationalists, Marxists, Lohiaites and Ambedkarites. He sees Indian culture and civilization from a new perspective, though it is influenced by the theories of Marx and Ambedkar. In his book Itihas Ka Muayana he writes that while chronicling history, historians made additions, alterations and used facts selectively. This history is just the history of those in power. In the words of Chinua Achebe “Until the lions have their own historians, the history of the hunt will glorify the hunter.” That is why, in Indian history, Vedic culture is prominent, Buddhist culture is deformed and the history of the original inhabitants is patchy.

As Dr Rajendra Prasad Singh is a linguist, he views Indian history from the perspective of language. He has his own concepts and theories about Indian languages, civilization, literature and languages, which are evident from his books like Itihaas Ka Punarpath, Bharat Mein Nag Parivar Ki Bhashayien, Hindi Sahitya Ka Subaltern Itihaas, Adhunik Bhojpuri Ke Dalit Kavi Aur Kavya, and Itihas Ka Muayana etc.

As a linguist, Dr Rajendra Prasad Singh does not believe that Sanskrit originated before the birth of Jesus Christ. He considers Prakrit as older than Sanskrit, while the general perception is that Sanskrit is the oldest language and the mother of many other languages.

Questioning the antiquity of Sanskrit, Singh asks why the villages in north India don’t have Sanskrit names. If Sanskrit is the ancient language of the country, its villages should have been named in that language. In the works of Kalidasa, the male characters speak Sanskrit while the females use Prakrit. This contradiction proves that Sanskrit is not the oldest language of the land. He emphasizes the fact no Sanskrit inscription dating to the era before Christ has been found in India. It cannot be said that art of writing was unknown in the country then. The first Sanskrit inscription is of Rudradaman. The inscriptions in Sanskrit began appearing only after his Junagarh inscription of 150 AD. From the archaeological point of view also, Prakrit is the older language. Sanskrit came later. Dr Singh says that every language has a geographical spread. Sindhi is spoken in Sindh and Punjabi in Punjab. Similarly, Haryanvi, Bengali, Gujarati and Marathi have their own areas. Why is there no geographical area where Sanskrit is spoken?

Singh contends that non-Aryans have been living in the country from time immemorial. And that is why; the names of the villages in the Hindi-speaking are of non-Aryan origin. The foreign invaders did change some of these names, but the names of most of the villages, especially in north India and the Hindi belt remained unchanged. It proves that non-Aryans had established the villages in India their languages were the oldest in the country.

One more theory of Prof Rajendra Kumar Singh is important and shows that he has a novel historical perspective. According to him, Buddhism is not the name of a religion but that of a civilization. Most of the historians believe that Buddhism emerged as a reaction to the Vedic religion. He rejects this theory by arguing that Vedic religion had flourished in the north-western region of the county while Buddhism rose in the east.  Had Buddhism been a reaction to the Vedic religion, it would have risen in the western part of the country instead of in Keekat Pradesh (Magadha), which was untouched by the Aryans.  Singh also talks about many Buddhas, who predated Shakya Muni or Gautam Buddha. He also refers to Ashokan inscriptions and the statements and the travelogues of foreigners who travelled to India. It is claimed that the people of Vedic Age knew the art of iron smelting and it is claimed that a thigh made of iron was fitted on a woman who had lost her leg. But Singh points out that this technology was developed in the Kandahar area of present Pakistan around 1100 BC. Quoting other arguments and facts, he proves that the Buddhist stream is older than the Vedic stream.

He claims that the Indus Valley Civilization was also a Buddhist Civilization. The way Buddha is shown draping a shawl and his idols bear striking resemblance to an idol excavated from the Indus valley.

Also read:  A call for re-rendition of history and literature

It is thanks to the novel historical perspective of Rajendra Prasad Singh that it has been proved that Ahirs, Kurmis and Koyaris are the original inhabitants of India. The conventional theory is that the Aryans were followed by the Shakas, Huns, Kushans, Gujars and Abhirs into India. But Dr Singh debunked this theory and pointed out that the sound ‘bh’ is not found in any language spoken outside north India. So, how could have Abhirs come from outside?  The word ‘ahir’ has its roots in a word found in Autro-Asiatic languages. ‘Ho’ is a language spoken in Jharkhand and belongs to the proto-Australoid group of languages. In this language ‘ayer’ (Aheer) means ‘shepherding the animals’. Thus ‘ayer’ and its variant ahir are rooted in proto-Australoid group of languages.

Similarly, an old folk language Kurmali, spoken in Jharkhand, is associated with Kurmi caste. The people belonging to Dravidian Kurmi (Kudmi) caste used this language and they are of tribal origin. The speakers of Kuramvari are of Dravidian origin and are tribals. Koyari is also related to one of the Dravidian languages. In Telugu, ‘kaya’ means raw fruit and ‘kayu’ means planting a fruit sapling.  Those who cultivate ‘kaya’ (a raw fruit) are called ‘koya’. Thus, like Kurmi, koyari is also  a Dravidian word. It can be concluded that the ‘kurmi’, ‘koyari’ and ‘ahir’ castes are of tribal origin.  One recalls a folk song of the tribes inhabiting the Vindhya mountain ranges, depicting a woman of the ‘ahir’ caste.  Kaimoor foothills, a part of the Vindhyas, are inhabited by Oraons, Kharwars, Cheros and Ahirs too. Dr Singh points out that the hero of the ahir caste, Krishna, is an ancient god, so why should he speak a classical language like Sanskrit? It is corroborated by the fact that Shourseni and not Sanskrit is the language of Mathura.  Thus Sanskrit is the language of foreigners and Vedic civilization too is foreign. This is reason why foreign rulers like Shakas and Iranis were the first to get the inscriptions written in this language.

Dr Singh was the first to launch a discourse on OBC literature. He underlined the concept and aesthetics of this literary genre. He says that when OBCs is a class, why won’t it have its literature? Dalit castes and Dalit literature are much talked about, but the OBC literature continues to languish. It is important to note that while the Dalits have historically been landless, the people of the OBC community have been landowners. They have been engaged in farming and animal husbandry.

Senior journalist and poet Kumar Bindu is based in the Dehri-on-Sone region of Rohtas district, Bihar. He has been associated with the ‘Janshakti’ and ‘Dainik Aaj’ newspapers in the past and now works for the ‘Hindustan’. His poetry and critical essays have been published in various newspapers and magazines 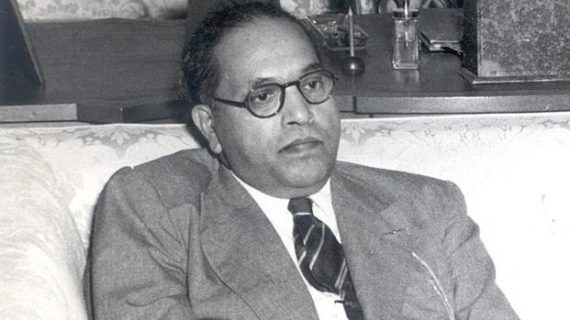 Who were the Asuras, the Nagas, the Dasas and the Dravidas? What were, if any, the racial and linguistic differences between these classes of people? Dr Ambedkar reflects with scholarly insight in ‘The Untouchables: Who were They and Why They Became Untouchables’ 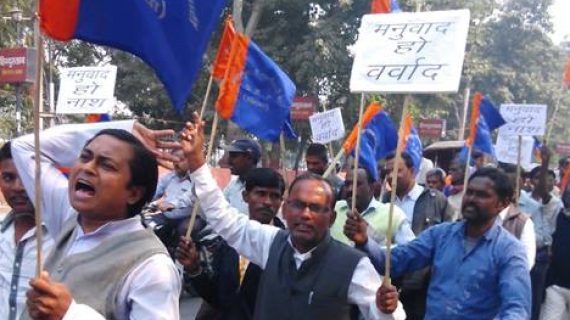