Although much is spoken about the Dalit Panthers, especially in terms of references to the era in which they gained strength in Maharashtra, especially in (then) Bombay, not much is known about them. The chroniclers of modern India, mostly upper-caste men, have chosen to remain fascinated with the Freedom Struggle and the personas of Nehru and Gandhi, giving short shrift to almost everyone and everything else, especially movements like the Dalit Panthers that had caste as their main concern. This is due to the fact that such movements expose the soft underbelly of India’s so-called lofty status (non-violent resistance, peace-loving, etc).

The caste system is based on the premise of potential punitive violence to maintain the rigid hierarchy that defines it. For all his homilies on eradication of untouchability, Gandhi never bothered to address this glaring anomaly in his ideas of the Ram Rajya and the Village Republic. These ideas are nothing but tacit glorification of the caste system, and it was not surprising that Ambedkar was staunchly against eulogizing the village as India’s model unit of cohabitation.

By the time the country realized that Gandhi had no real solutions to solve India’s problems, only placebos to maintain the status quo, it was late and the volatile decade of the 1970s was upon us.

Starting with the 1971 war with Pakistan, the decade later saw the Emergency and ended with the first non-Congress government trying to stem the rot that had set in the system but failing. It was in the early years of this decade that the Dalit Panthers rose to prominence.

The movement first caught on in Bombay, among those who lived in the city’s slums and worked in its mills and factories and belonged to the so-called lower castes. As is well known, Namdeo Dhasal, the fiery poet and later politician, was one of the founding members of the group. Those with literary skills and ambitions in fact dominated the list of the founding members, like Raja Dhale and J.V. Pawar, whose detailed account of the years of formation of the organization up to the period in which it was dissolved constitutes the book under review, Dalit Panthers: An Authoritative History.

The emergence of the Dalit Panthers was also a result of educated Dalit youth’s disenchantment with the politics of the Republican Party of India, which claimed to represent them but – long after the death of its founder Ambedkar – had become faction-ridden. The RPI members had acquired the reputation of hobnobbing with and cozying up to the Congress, which ruled at the Centre and in Maharashtra.

Increasing atrocities against Dalits had also come to light at the time in Maharashtra and elsewhere. The Dalit Panthers adopted a militant attitude right from their inception in dealing with such incidents. Pawar narrates several incidents in his book when the Panthers had to resort to a show of force or issue threats in order to prevent atrocities against Dalits, especially in rural Maharashtra. However, the Panthers were not just relying on muscle power, useful as it could have been in several situations. They were also astute political operatives who knew how to work the political machinery and so employed political means to achieve their ends.

From the start, they were never far from controversy. Their writings and rallies often got them into trouble, with cases being lodged against them. The Bombay Police followed up with arrests, beatings and torture as it worked hard to thwart the movement.

The Dalit Panthers also took on the leaders of various factions of the Republican Party of India and made it one of their missions to expose their hypocrisy and opportunism.

At one point of time, their fame reached such heights that letters with the address “Dalit Panthers, Bombay” would reach Pawar with no difficulty, as he writes in one place. Even Prime Minister Indira Gandhi took note. She agreed to meet Pawar along with Dhale to discuss a horrific case of atrocity against two Dalit brothers from a village in Maharashtra. The then Congress Chief Minister’s lackadaisical approach in dealing with the case of the Gawai brothers, about which the Panthers complained to Indira Gandhi, led to his dismissal.

However, rifts between the founding members hobbled the movement. Dhasal, in particular, was volatile; Pawar accuses him of opportunism, too. Others resented lack of credit in the press. The influence of the Communists was another bone of contention. Ultimately, the organization split into three factions and was dissolved subsequently.

While the split was unfortunate, it was unavoidable. Despite their short-lived existence, the Dalit Panthers had a massive impact, and it can still be felt in the Dalit movement. The modus operandi of the Bhim Army bears resemblances to that of the Dalit Panthers.

Dalit Panthers is a detailed account by someone who was a founder of the movement. This makes the book valuable for researchers and laypersons alike. It is certainly a must-read for everyone interested in the idea of social justice in India and elsewhere. 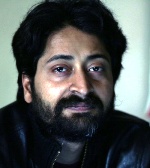