On 25 May 2021, the first death anniversary of the murder of African American George Floyd, Americans gathered at the spot in Minneapolis, Minnesota, where Derek Chauvin, a White police officer, knelt on Floyd’s neck for nine minutes, killing Floyd. White and Black Americans knelt in silence for nine minutes. Floyd’s family members were also present. The event was a manifestation of the culture of American society, which teaches them to apologize for their mistakes. Similarly, after a row erupted over French President Emmanuel Macron offering flowers on the grave of Napoleon, he apologized for the role of France in the genocide in Rwanda in 1994 that took 900,000 lives.

Some time ago, Germany admitted that between 1904 and 1908, its imperialist rulers killed some 75,000 members of the Herero and Nama tribes and condemned many to torture camps in South-Western Africa, now known as Namibia. Even after the passage of a century, as a sensitive nation, not only did Germany admit to its crime but, as compensation, pledged one billion dollars for the wellbeing and development of the descendants of the slain people.

Such admissions of guilt and tendering of apologies are quite common in the Western world. On many occasions, the Pope, the supreme leader of the Catholics, has also sought pardon for the excesses committed by the community in the past.

Seeking forgiveness and forgiving and atonement are lofty human qualities that are intrinsic to Western society. They admit to their crimes without demur and make amends. But the Sanatani Savarna Hindu culture of India, which swears by tolerance and forgiveness, is singularly devoid of these qualities. The inheritors of India’s glorious culture never feel ashamed for the massacres of the past or the atrocities and excesses of the present. Apology, of course, is out of the question. 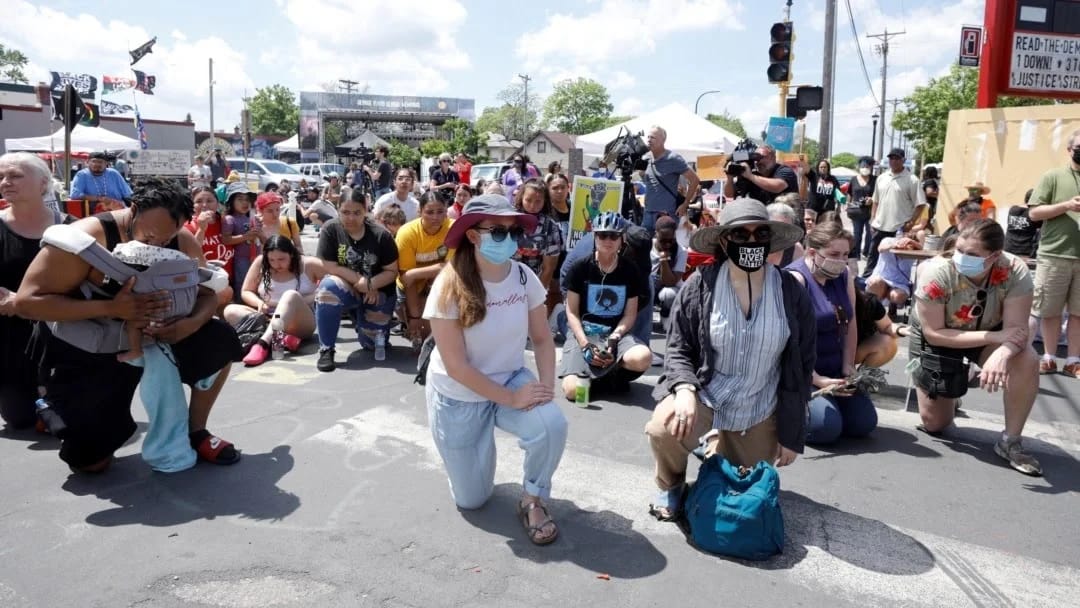 In that case, can we say that penitence has no place in the Sanatan Vedic culture? The moment you utter these words, the flag-bearers of Indian culture will dig out a host of quotations to prove that it is not so and start reciting lines like “Kshama badan ko chahiye chhotan ke utpaat” (the elders should pardon the wrongdoings of the young). But they aren’t sorry for the crimes committed by their ancestors and never ever even consider apologizing for them.

I have never heard of the Savarnas apologizing to the Untouchables for the inhuman system of untouchability and discrimination established by their ancestors. They see nothing wrong in the culture that discriminates between man and man.

The Savarnas are not only unapologetic about the inhuman practice of untouchability initiated by their ancestors but they also continue the practice even today. Is this the sign of a civilized society? They consider themselves superior and believe that all others are lesser beings. Making discrimination a part of religion and creating the Varna system are no great achievements. Dividing the people into castes and sub-castes and stacking them one above the other in the hierarchy is not something one expects of a civilized and cultured people. 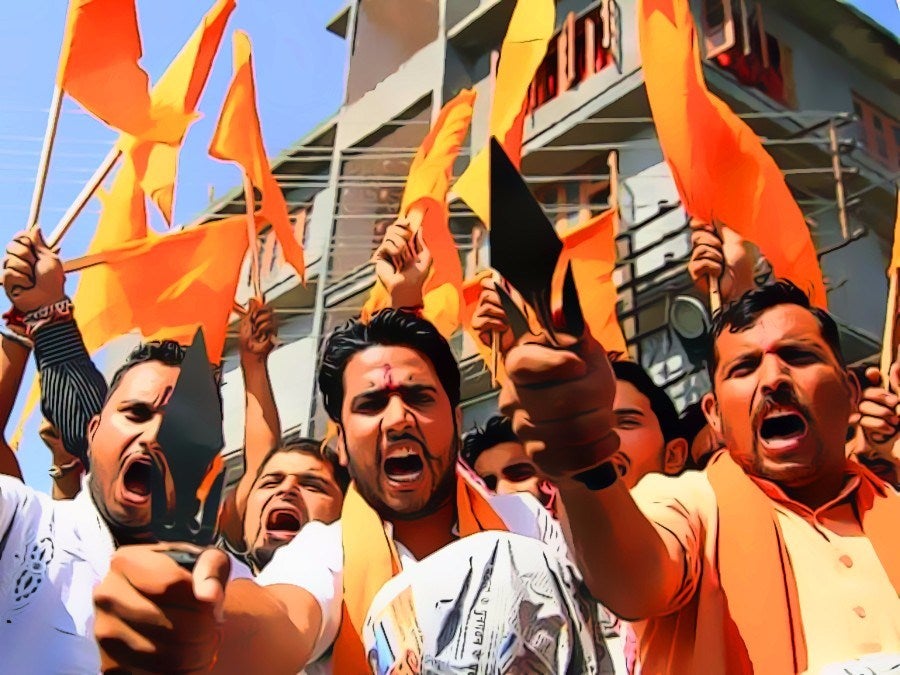 Many religions and societies of the world lay great stress on forgiveness. For them, forgiveness is a creed. Seeking forgiveness and forgiving are considered a religious duty. But do the Vedic brahmanical religion, culture and scriptures offer instances of kindness towards the weak and the vanquished or of admission of excesses done to them?

Taking refuge in the Vedic maxim of “Vedic hinsa na hinsa bhavet” (Vedic violence is not violence), subjecting many communities to cruel torture and murder were portrayed as virtuous deeds. There are many horrific stories of abjectly inhuman treatment of historical personalities, the perpetrators of which were hailed as icons, incarnations of gods and gods themselves and declared worthy of worship.

Today, many ask why we don’t get to read the stories of the defeated. They ask why Shambuk was beheaded. Will anyone seek pardon from the Adivasis of India for Dronacharya’s devious act of demanding Eklavya’s thumb as Guru Dakshina? Was an apology sought for the burning of Holika (Holika Dahan)? Where is the need for the annual spectacle of burning Ravan’s effigy (Ravana dahan)? Are the Peshwa Brahmins ashamed that hundreds of thousands of Untouchables were forced to hang a pot from their necks and tie a broom to their waists? Does anyone feel the guilt for their ancestors’ culpability in banishing Buddha and his Dhamma from this land? Instead of apologizing to the communities that were made to carry human excreta on their heads, we are forcing their members to clean choked sewer lines. Those skinning dead cattle are tied to the back of vehicles and dragged on the roads. The mobs that lynch men in the name of saving the cow feel absolved and proud. Why is no effort ever made to atone for the massacres of the past and the present by the individuals, communities and cultures that perpetrated them?

Why did the Savarnas never try to expunge content insulting the women and the Shudras from their scriptures and Smritis? Why were the discriminatory law codes never amended? The Savarnas say that they are the most tolerant community in the world. Really? And if yes, who were they tolerant to? When they are themselves not tolerant, how can they lay claim to being the inheritors of a tolerant civilization?

Sonia Gandhi and her family apologized to the Sikh community for the storming of the Golden Temple by the army on the orders of the then prime minister, Indira Gandhi. Sonia Gandhi was probably compelled to do so because of Western roots. In India’s Savarna, Vedic, Sanatani culture, there has been no tradition of owning up to genocides and historic follies and apologizing for them.

If the Savarnas adopted an attitude of penitence and apologized for past misdemeanours, admitted wrongdoings and made amends, they would help build a sensitive nation and society. If a nation has to march forward, it has to bury the bitterness of the past by atoning for the mistakes and injustices. This is what happens the world over.

In India, forgiveness is often described as the “ornament of the valiant” and seeking forgiveness has been turned into a religious ritual. But there is no effort made to apologize for the real past mistakes and inhuman acts and practices. This exemplifies the hypocritical character of the Savarna culture which is gradually becoming our national character. 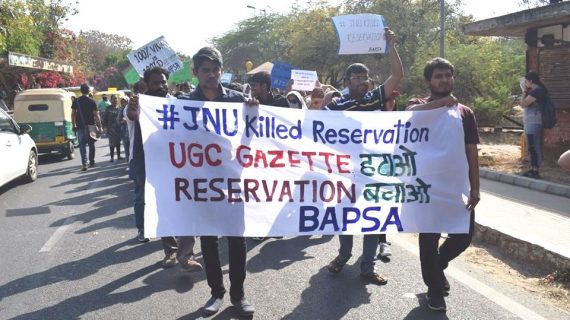 Along with the vice-chancellor appointed by the Narendra Modi-government came the new admission policy whose sole objective seems to be to drastically reduce the representation of the marginalized sections in the JNU student community, writes Abhay Kumar 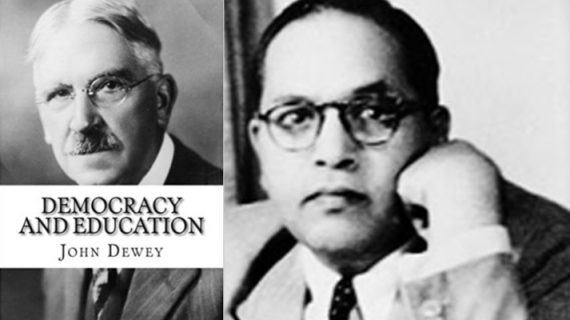 By uncovering the answer to a riddle that has left published versions of Ambedkar’s ‘Riddles in Hinduism’ incomplete, Scott R. Stroud sheds further light on the long-term impact of John Dewey on Ambedkar’s philosophy