Gail Omvedt, a giant in the field of Indian sociology, is no more. She had just turned 80 on 2 August. When FORWARD Press met her at her humble home in Kasegaon in Maharashtra’s Sangli district in January 2017 and asked her about the changes since she first visited India in 1963-64 and then started living here permanently in 1978, she said, “India has become more commercialized, life moves faster … Caste is still a big factor … There has been no qualitative change [on that front].”

She married Bharat Patankar, a kunbi medical doctor and an activist, who has led several socio-cultural movements in Maharashtra. His grandfather, father and mother had been leaders of the Left movement, which was unusual for non-Brahmins at the time. It was the tiny Patankar home, with low ceilings and doors you had to stoop to pass through, and with barely enough water supply, that she made the base for her engagement with Indian society and research. There, she lived with her mother-in-law, her brother-in-law and his family. As we were leaving that day after meeting Gail and Bharat, the brother-in-law was heading out to water his fields and check on the crops.

Gail was unwell and had reluctantly agreed to a short interview. When asked about the state of Indian academia, she said, “Academicians should take things more seriously than they do. Right now, it is just a game to them … They just need to pay attention to life around them.”

Seeing, listening, feeling and experiencing was something she did a lot, living in this Maharashtra village. “She spoke Marathi fluently”, says Ram Surat, an activist and an educator who has been closely associated with FORWARD Press. “It was her second language.” Ram Surat remembers her commitment and persistence from when Gail Omvedt spent three months writing her book ‘Seeking Begumpura: The Social Vision of Anti-Caste Intellectuals’. They lived in the same building in Delhi at the time. “Gail wanted to visit Phoolan Devi’s village in Uttar Pradesh and I had agreed to join her on the trip but that was not to be,” he says.

She left the US to settle in a far-flung Indian village. But Bharat Patankar told us: “This idea of sacrifice is a misconception. There is no question of sacrifice. She is content with her life. She cherished being part of a movement in which her companion too would participate. Secondly, while she was preparing to pursue her PhD, the dominant trend in American society was to commodify everything. Although an atmosphere of agitation had prevailed, it had faded by then. Gail believed that people in India were more generous, especially that the people living in the countryside possessed more humanity and were more sensible. One thing I appreciate about her is that she never expressed her inability to stay in a village. Our house is around 80-90 years old. Earlier, there were no stairs to get to the first floor. So we used to use a ladder. Prachi [our daughter] was very young at that time. Gail is different, and I was amazed to see how happy she used to be in such conditions. She would go to the fields and lead movements in villages in Nandurbar district in spite of the heavy rains. We would walk together on muddy roads during torrential rains. Gail was not uncomfortable at all. Instead, her lady companions who used to come here would have their fears. I believe she is a lady with a strong determination.” 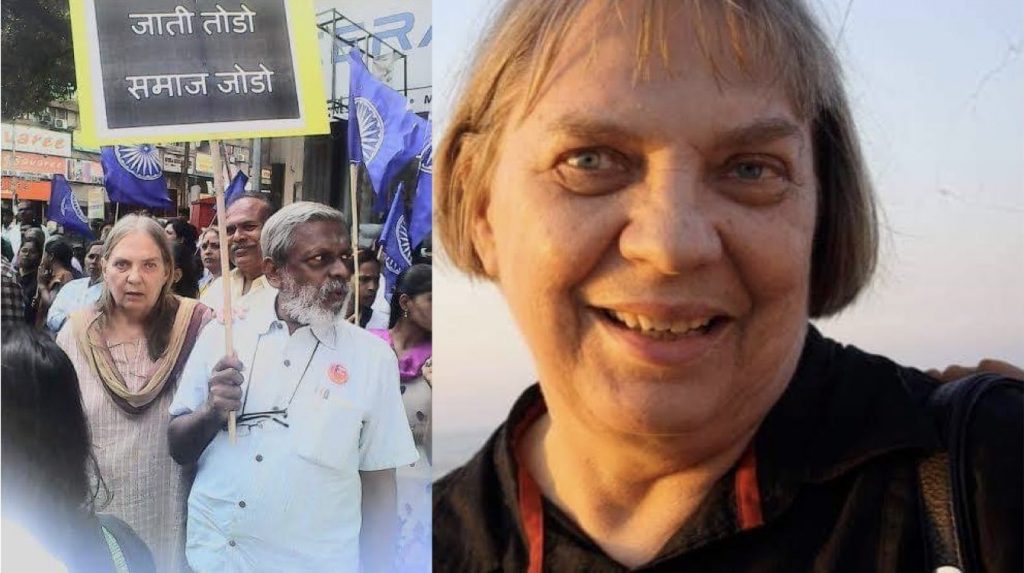 On Gail’s contributions, Patankar said three books stood out: “Buddhism in India, Cultural Revolt in Colonial Society and Re-inventing Revolution: New Social Movement and the Socialist Tradition in India … What makes We Shall Smash this Prison unique is that it is based on her experiences with rural women. But the first three were trendsetters. These, along with the book on Ambedkar [Ambedkar: Towards an Enlightened India], which has been translated the most, are pathbreaking. It is appreciated the world over. She has highlighted the revolutionary trends in the country and tried to bring forth the underpinnings of our cultural heritage that can help us to proceed further. Kanshi Ram would say till the very end that whatever he learnt about Phule, whatever his own ideas were, it was all thanks to Gail Omvedt. He has written this in the preface to a booklet titled Cadre Kaum. Had the Left dwelt upon what Gail Omvedt has written as seriously as Kanshi Ram did, the whole movement would have taken an entirely new direction.”

Gail wrote in the April 2014 issue of the FORWARD Press magazine, “Gandhi and Nehru’s implicit ‘soft Hindutva’ and mild socialism that ignored the realities of caste, have defined India for too long. It is time to look at the Dalitbahujan alternative, in re-imagining India, in formulating the utopias that can motivate and guide struggle out of the current morass.” It’s high time we heeded her call. 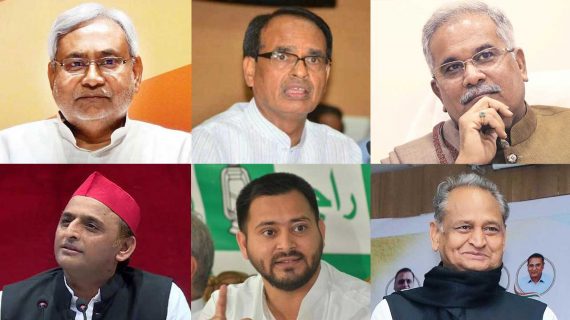 To rule, OBCs need to free themselves from Brahmanism

As the largest community, the backward castes should have been ruling the country. Instead, they have been reduced to slaves of the brahmanical order, says R.G. Kureel