When we talk about a movement, we often begin with its initiator – the person who built that movement or developed the ideology behind it. Phuleism, Ambedkarism, Marxism, Gandhism, etc are known by the name of their initiators. The different dimensions and achievements of the movements come next.

An ideology has to pass many tests to attain the status of a philosophy. One of them is its global applicability. An ideology that brings about root-and-branch transformation of human social order and takes humanity to the next milestone of progress can be called a philosophy. From this perspective, the philosophy of capitalist democracy has manifested itself as Gandhism in India. The movements and the ideologies that logically, cogently gave reasons for why the Varna and caste systems need dismantling, and achieved some degree of success in that direction, are those of Phule and Ambedkar.

Jotirao Phule aimed at ending the social order based on Varna and caste, and replacing it with an egalitarian and capitalist democracy. He had formulated the basic theories of this ideology. The first and foremost among them was the theory of struggle between the Brahmins and the non-Brahmins. Phule believed that the history of India following the fall of Bali Raja is the history of struggle between the Brahmins and the non-Brahmins. It may be mentioned here that at the time when Phule came out with the first theory, Marx proposed his first theory, namely that the history of the world following the fall of the primitive communist society, is the history of class struggles.

These two theories propounded by Phule and Marx are so similar that it is as if the two great men met and forged their respective theories following a mutual discussion. Of course, this is not true, for Marx and Phule never met, nor ever heard or read each other. Still, their trains of thought have an uncanny similarity.

Another similarity between the two is that historical materialism is part of both the philosophies. Marx contends that the primitive communist society was classless and egalitarian. Similarly, Phule contends that during the rule of Bali Raja, there were no castes and there was equality between men and women.

The primitive communist society was Marx’s ideal; Bali’s rule was Phule’s ideal. Marx backs his theory by quoting the slave-master and the capitalist-worker class struggles. Phule lived in a society defined by Varna and caste, and so he quotes the struggles between Bali Raja and Vamana, Eklavya and Dronacharya, Shambuk and Ram, and Karna and Parshuram, all of which were based on Varna and caste.

In his book Gulamgiri, Phule attempts a scientific analysis of the ten incarnations of Vishnu and concludes that they symbolize Varna-caste struggles that are part of historical materialism.

For Marx, it was the class system that was at the root of the exploitative social order. For Phule, it was the Varna-caste system. Now, who will take on these unjust social orders? There is an astonishing similarity between the two on this issue.

Marx said that the worst victim of the exploitative class system – the worker – would fight to uproot it. Phule wrote that the Shudras, Atishudras and women would be the key components of the formation against the social order based on Varna and caste. Phule walked his talk. He began his revolutionary campaign with schools for girls and the Untouchables.

Ambedkar took his guru Phule’s theory of Varna-caste conflict further. In the chapter “Problem of Isolation” of his book Untouchables or the Children of India’s Ghetto collected in the fifth volume of Babasaheb Dr Ambedkar: Writings and Speeches, Ambedkar explains this phenomenon with the aid of a chart. He argues that in the Varna-caste struggle, the castes that emanated from the Brahmin, Kshatriya and Vaishya Varnas were on one side while the other side was led by the Untouchables and the Shudras (OBCs) were their natural allies.

Phule and Marx, both, view religion in a similar manner. Marx does not stop at describing religion as the opium of the masses; he also concedes that religion has played a progressive role in the development of humans. Similarly, while Phule blames the brahmanical Vedic religion for establishing the Varna-caste system, he views Buddhism, Jainism, etc as progressive religions.

Here, Phule and Marx seem to embark on different paths, only to come together again. Building caste consciousness among the exploited castes is imperative for annihilating the caste system, but individual caste-based organizations are not needed. Instead, all-caste organizations like Satyashodhak Samaj can help build caste consciousness by enlightening people and inspire them to take on the caste system. This is Phule’s formulation. Enlightenment is crucial for building caste consciousness. But such consciousness can only lead to social and cultural struggles. Revolutionary changes, on the other hand, can only be brought about by struggles every step of the way. Who will lead this struggle and how? There is a convergence of Marxism and Phuleism at this point.

Phuleism approves of purely class organizations for launching and sustaining this struggle. Phule’s follower Bhalerao (Krishnarao Bhalekar) built an organization of farmers. Another follower (Narayan Meghaji) Lokhande, forged unity between workers. The struggle for annihilating caste can be launched and sustained by developing caste consciousness and building organizations based on class. This is Phule’s revolutionary formulation. 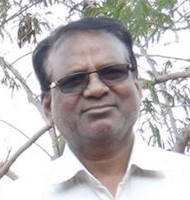