A vagrant, as I am, once I started, there was no stopping. me. From Allahabad to Varanasi, moving from one akhara (militant ascetic order) to another I got acquainted with all the seven akharas of Naga Sadhus. But most of the time was spent with the sadhus of Juna, Niranjani and Mahanirmani akharas. The casual acquaintance soon changed into longish sittings. Then, there was a time when I began spending my nights in the akharas. At Varanasi, I spent three days in an akhara with a Naga Sadhu.

Different kinds of hermits. Different thoughts. Diverse ideas but a common objective in life: “worshipping humanity”, “serving the religion”. But a wide chasm between words and deeds. Living amidst them, I became acquainted with their beliefs. For instance, “Dalits and OBCs have destroyed the structural composition of the akharas. Religious affairs were best dealt with only by Brahmins. The Kshatriyas were always considered protectors of the religion. So, they are also allowed into the world of the hermits. But where was the need for the Shudras? They should do what they are ordained for. Out of their greed for power and money, some akharas had started admitting Shudras into the community of Sanyasis. That is harming the cause of the religion”. And many other similar things. The literature of an akhara states that earlier only Brahmins and Kshatriyas were permitted to take sanyas but now Vaishyas have also been granted this permission. But the publication says nothing about Shudras taking sanyas. A distinct hostility against non-Hindus, especially Muslims & Christians, is very palpable. Most of the Akharas believe that Muslims & Christians are enemies of the Sanatan Dharma. They say, “their only objective was to harm our religion”. Some sanyasis level the same allegation against the Buddhists too. 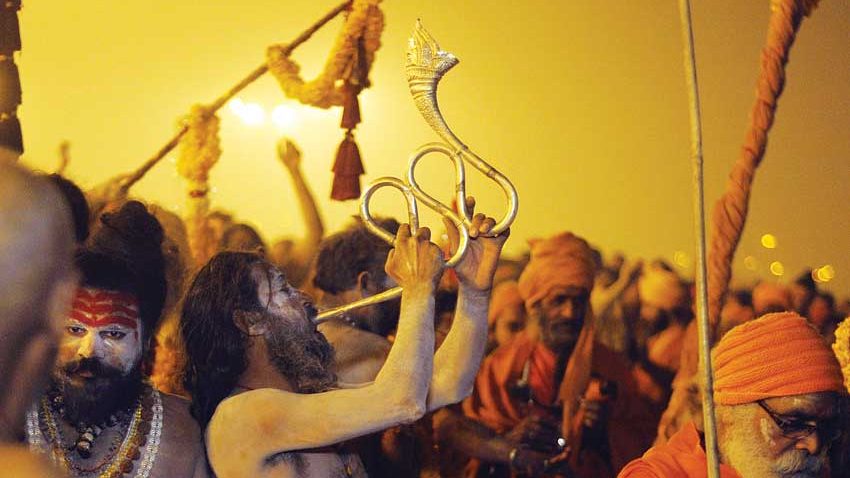 A sizeable number of sanyasis in the akharas call foreigners by saying “hello, come here”. Once the invitation is accepted, they play magnanimous hosts, welcoming their guests with chillumsand chai. The love for and attraction of foreign women among some sanyasis was rather surprising. In the first meeting itself, they applied bhabhoot (sacred ash) on the forehead of the fair goddesses. In the second meeting, a rudraksh (sacred beads) necklace was put around their necks and some were even given new names like Shivahari or Shaktigiri. Then, they boasted about it to the other sanyasis – their guru bhais that “the ‘Angrezen’ (foreigner) has an amazing reverence for religion. She learned reciting ‘Om Namo Narayan’ so quickly! She is ready to become my disciple. Very soon, she will take sanyas.” Something was invariably added to indicate that their potential disciple was a vegetarian. I was witness to more than a dozen such episodes but could never be sure of the sentiment of the other party. None admitted that she was ready to become a disciple. The Babas could not stop showering lavish praises on them but I never saw any desperation or great attraction towards the sadhus among foreign women.

It is very clear that a major chunk of the sanyasis lacks clarity of perception. They have quit the world to serve humanity and religion. They even perform their last rites when they take sanyas to indicate that they have died to the world – or so they claim. Then, why do they get involved in petty caste considerations? Why do they look down upon other religions? Why this fascination with white skin? When I sought to seek the answer to these questions from some sanyasis, they lost their temper; some even threatened to hit me with their chimta (tongs). They are not ready to tolerate anything that even remotely challenges the caste system. A sanyasi, who had seen some episodes of Aamir Khan’s TV programme Satyamev Jayate abused the film actor to his heart’s content. “How can carrying night soil on the head be described as a monstrosity? If a human being serves another human being, how does it become an atrocity? The scriptures clearly stipulate the duties of every caste. If anyone serves his brother human being or the society, what is wrong in it?” On the question of ‘allowing’ Shudras to take sanyas, they are unanimous– it can never be allowed. One is reminded of Kabir: “Chaturai Hari Na Mile, Ae Batan kee baat, Ek nispehi nirdhaar ka, gahak gopinath” ( You may adopt any tricks, but you will not be able to meet God/God belongs to the one who is unsullied and without any support) . 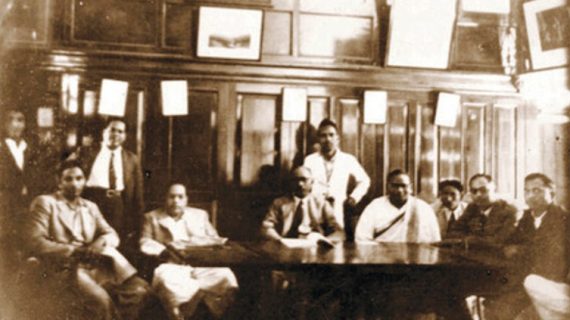