This is the third Bahujan Literature Annual of FORWARD Press. The first annual was published in April 2012 to mark the birth anniversaries of Jotiba Phule and Bhim Rao Ambedkar. In 2013 too, the annual was published in April. This year, in view of the Lok Sabha polls in April-May, we thought that the April issue should be devoted to Bahujan politics instead of literature. However, this annual is once again dedicated to the two great personalities, who laid the ground for Bahujan ideology in modern India. 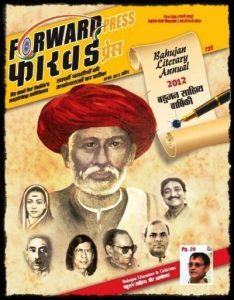 Their words might have been different but both Ambedkar and Phule talked of the slavery of women and Shudras and Ati-shudras, their liberation and their unity. The concept of ‘Bahujan Literature’ was born to highlight the need to explore the socio-cultural foundation of the liberation and unity of Bahujans. When, in 2012, we published the first annual, the idea was a new one and it was difficult to convince the established Hindi writers of its validity and need. But things have changed a lot over the last two years. Many magazines discussed and debated the issue and we received both bouquets and brickbats. In the field of literature, it is better to be castigated than to find that what you are saying has evoked no reaction at all. In this respect, it is fortunate that, barring Namvar Singh, all key Hindi writers formulated their opinion on the concept of Bahujan literature and voiced it from one forum or the other. In this issue too, you will find that Marathi writer Sharan Kumar Limbale and others have expressed their differing and sometimes contradictory views on the issue. But with ifs and buts, there is a broad unanimity among them all that the ancient stream of Bahujan literature must be rediscovered and explored and it must become the mainstream of contemporary literature and that Dalit, tribal, OBC and women’s literature should come under its umbrella.

Some writers have reservations regarding the use of the term OBC literature. From the outset, I was against this nomenclature. OBC is a constitutional-legal concept, which has been crafted by the State to provide some material benefits to backward castes. In some states, sub-castes of Brahmins, Rajputs and Vaishyas are also included among the OBCs. These castes do share a common socio-cultural heritage. Hence, the objection to the term Bahujan literature has a strong basis. But, then, how can one disregard the elephant in the room, the fact that middle or intermediate castes today form a sizeable chunk of Indian society? The intermediate castes are the biggest social group in India and they form a majority of the communities which are lumped together as OBCs. That is probably why, for the sake of convenience, some people have named the literature of these communities as OBC literature. This is fine for casual conversation but I feel that formally, we should either call it the ‘literature of the intermediate castes’ or evolve a new word which conveys its exact import. We hope that there will be many rounds of discussion and debates on this issue and ultimately, we will be able to find a term which is acceptable to most, if not all. But one thing is very clear. And that is that the concept of Bahujan literature would be incomplete without giving a distinct identity to the literature of this huge populace.

The intermediate castes and the Dalits have had close bonds since olden times. The Manuwadi system relegated both to the bottom of the social ladder. The differentiation of touchable and untouchable was only a Dwij stratagem aimed at using the two groups for different purposes. Even excepting the heroes of South India, the list of those who fought for equity in the last 2500 years is a pretty long one. It includes Buddha, Makhhali Ghoshal, Ajit Keshkambali, Kabir, Shahuji Maharaj, Jotiba Phule, Ambedkar and Kanshiram. You may use any criterion to draw up the list but you will discover that most of them were born in intermediate castes, which are today known as OBCs. Another commonality is that whether they belonged to intermediate castes or were dalits, all these heroes fought for the emancipation of both the groups as well as of women.  Today, the tribals are the worst victims of the system. And they cannot be excluded from this category.

I would like to recommend that you should definitely read the articles of Marathi writer Sharan Kumar Limbale and of Ashiwini Kumar Pankaj, who has a deep understanding of tribal issues and the interview with Hindi writer Premkumar Mani.

Limbale explains how the concept of Dalit literature travelled from Marathi to Hindi and how literary conventions are being organized over the last couple of years to introduce the Marathi writers to the concept of Bahujan literature. He also opines that a new OBC discourse, inspired by Phule and Ambedkar, has begun in Marathi literature. It has been launched by Dalits and OBCs jointly. The Dalit movement has been strengthened by the support of the OBCs. And this, in turn, is giving a new direction to progressive forces.

Along with an eminently readable story of young story-writer Sanjay Meel, excerpts from the novel of Ratnakumar Sambharia and poems of some brilliant Bahujan poets, this issue mainly focuses on the differences of opinion on Bahujan literature. You will find Arun Narayan’s criticism of the Dwij literature of the Lalu era thought-provoking.

In a well-researched article, FORWARD Press Editor-in-Chief Ivan Kostka examines Phule’s radical rejection of the Bhakti poets embraced by by his reformist contemporaries like Ranade. This raises questions on the ‘revolutionary Bhakti literature’and will add a new chapter to Hindi literary discourse and is bound to create ripples. FORWARD Press is known for its original ideas and for launching new discourses. I am not at all saying that we are the dispensers of ultimate truth but there is no reason why the Bhakti movement should not be subjected to fresh scrutiny. We are ready to host a debate on this issue in our coming issues.

We would like to publish well-researched, critical articles on Bahujan literature not only in the next annual but also in regular issues of FORWARD Press.

We have good news to share with you. From this issue, we have got the ISSN number. Young university researchers and some professors were mounting pressure on us to secure the number as the UGC has also made a rule under which, in research works, it only allows reference to articles published in magazines with an ISSN number.

As you must be aware, the number of Bahujan youths in the field of academics has gone up substantially. I am sure that the youths pursuing higher education in the disciplines of humanities, social sciences, history and literature, with their hard work, intellect and their down-to-earth experiences would set the literatures of the majority communities in proper perspective and establish its place in Indian literature and culture. The concept of Bahujan literature is only a beginning.

Published in the May 2014 issue of the Forward Press magazine 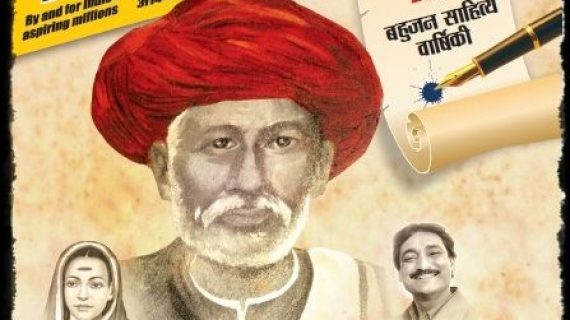 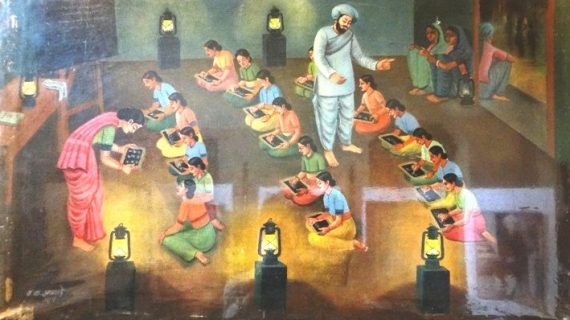