Babasaheb Ambedkar’s concern for liberty, equality and fraternity on the one hand, and his goals of caste annihilation and defeat of Brahmanism and capitalism on the other hand, never get resolved in theory or in practice.

On the one hand he has to say that one person-one vote is equality only in the realm of electoral democracy, because even with this kind of equality, social and economic inequality gives rise to unfreedom of the sections which he wants to be liberated. Another dilemma in his theory relates to the actually existing democracy in the constitutional framework or even in practice within the judicial and political sphere, and lack of democracy because of class, caste and gender inequality in civil society. If one says that this democracy is the means for the achievement of freedom and liberation, then one has to come to the conclusion from Babasaheb’s understanding about this democracy that it is a sham democracy. 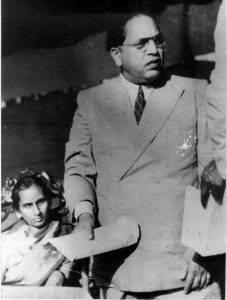 His appeal to Dalits to become a ruling clan contradicts the basic requirement of democracy, which needs majority on the side of people wanting change. And it leads inevitably to the unity of all oppressed under the leadership of Dalits, which he never states in his discourse. His recourse to Buddhism as a way out makes him say that karuna, maîtri and prajna would be binding ideological categories for achieving the required majority. This leads one to say that the majority should become Buddhist to have a unified identity and to dissolve the separate contradictory identities.

Becoming Buddhist falls mainly into the realm of a kind of religiosity. Even if people from various classes, castes and genders or communities become Buddhist, this will not automatically lead them to dissolve the contradictions among themselves based on hierarchical, suppressive and exploitative relationships. For dissolving these contradictions, it is not sufficient to be Buddhist alone, but to have a programme for changing the actual relations through which people daily recreate their existence. And this programme takes you to the economic, political, legal, cultural and production realms.
Babasaheb Ambedkar tried to solve this problematic through the proposition of starting the Republican Party before his death. However, the Republican Party proposal didn’t resolve the previous contradiction between the aims of liberation of all the exploited and liberation of specific oppressions and exploitations within the mass of exploited. This shows us how to understand freedom, liberation and worthiness in all their historical, social and systemic aspects. This also tell us that the concept regarding freedom, etc, cannot be trans-epochal and detached from space and time.

Buddha’s philosophy taught pratitya samutpada, which means the world is ever-changing, and the ever-changing world gives rise to ever-changing life reality and ever-changing meaning of the various concepts related to human relations. Freedom of the dasas from field slavery of a certain kind to become karmakaras, ie, wage labourers, was a freedom in Buddha’s lifetime. But still, for Buddha, freedom was related not only to this particular section but to all sections which are suffering from dukkha. Cognition of the existence of dukkha and that of the necessity to find reasons for dukkha and solutions to achieve sub-mangalam is a crucial requirement but this also is subject to ever-changing character of the world and ever-changing character of dukkha itself.

If nirvana is considered to be freedom from dukkha (in this very life), and from reasons which give rise to dukkha, then the nirvana of 6th century BC is different from the nirvana of 20th century and that of 21st century. In the same manner the meaning of karuna, maîtri, prajna, etc, is ever-changing.

Even though there are unresolved contradictions in relation to philosophical concepts, Babasaheb Ambedkar dealt with these contradictions in a very advanced manner while talking about annihilation of caste. His concepts like “graded inequality”, “division of labourers”, “destroying superstructure before the base” give a great intuition for developing a very advanced philosophy of the 21st century which would be dealing with positive concepts, instead of relative concepts, of freedom, liberation, etc. Babasaheb also critiques bourgeois democracy in such a way that one can stand on his shoulders taking the help of his understanding of Buddhism and develop a new philosophical concept of liberated humanity.

This is an extract from 1 January 2014 blogpost on seekingbegumpura.wordpress.com, published with permission from the author. 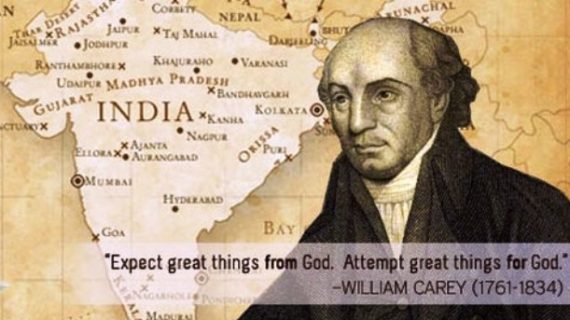 What Made India a Free Nation?

Ambedkar clearly saw what Shourie wants us to overlook: by 1942 the British had fully committed themselves to India’s independence. The delay was due to disunity among Indians. It was not just the distrust between Hindus and Muslims. It was a conflict between feudal princes and democrats that erupted during the Second Round Table Conference