People’s movements and the magazines advocating a cause often launch an aggressive assault on the system. But that assault turns out to be damp squib if they are unable to offer an alternative. The people say, well, we will abandon this, but what should we adopt? There are some essential material and non-material needs of humans and their society that have to be met in any case. Buddha and Ramswaroop Sharma both insisted: first know, then believe. Fine, we believe that the entire world is in the grip of Brahmanism. But having equipped ourselves with this knowledge, what are we supposed to do? The availability or unavailability of an alternative and providing or not providing an alternative is what decides the fate of a movement. If there is no alternative or if a movement is unable to provide it, it loses its direction. It is this that decides whether a movement is relevant or irrelevant and whether it grows or dies down. Although every movement has its own importance, that does not mean that the question of its success or failure become irrelevant. Of course, there are factors beyond the control of a movement that may decide whether it succeeds or fails. It is on these parameters that I would like to assess FP.

I was introduced to FP via Premkumar Mani’s article Kiski Puja Kar Rahein Hain Bahujan (2011). At the time, I was associated with the All India Bahujan Students’ Forum (AIBSF). We decided that the celebration of the murder of Mahishasur should end and that we should put up posters of this article on the JNU campus. Within 15 minutes, we had begun work on the posters. That year, in October, I heard FP’s founder Ivan Kostka speak on the objectives of the magazine at a seminar on Mahishasur organized by FP and AIBSF at JNU and I decided to subscribe to the magazine. The editor of the magazine was Pramod Ranjan, a research scholar in JNU.  He  emphasized  the literary and cultural aspects of a movement for social justice.

As I was associated with Arjak Sangh and leftist movements since my childhood and having read the Sarita-Mukta reprint (2005, ninth edition) published by Delhi Press and Khattar Kaka (1948-2008) of Harimohan Jha, it did not take me long to understand what this movement was all about and to support it. In fact, Delhi Press has contributed immensely to the struggle against Brahmanism and to the pro-humanism movement. I have the entire collection of articles published in Sarita against Brahmanism from 1949 onwards. I had bought it from the Arjak Sangh stall at Bokaro, Jharkhand. Dr Ambedkar’s Riddles of Hinduism was published for the first time after his death in 1987.

Article 25 of the Indian Constitution gives all citizens freedom of conscience. Those who consider Durga as their goddess have every right to do so. At the same time others have the freedom not to. Article 25 and other similar articles have a provision: they are subject to “public order, morality and health”. But how would “public order” be defined vis-à-vis the clash between these two beliefs? My contention is that humanity and morality would define it. Morality and humanity does not and cannot approve of celebrating murders. All said and done, public order is meant to protect humanity and morality.

Not only FP but all movements for humanity, equality and liberty, liberate from brahmanical mindset not only the deprived classes but also the dwij/savarna castes. This was what FP was doing till now. Since this change has come about from the bottom up and not the other way round, it is considered the victory of the resistance offered by the deprived communities and their unity. The change in those at the top of the social pyramid was not spontaneous but was the outcome of the pressure mounted from below – it came about under duress, due to compulsion. It is clear that no matter what the rumblings at the lower levels are, it is the change in the brahmanical mindset of the dwij/upper castes and their liberation from Brahmanism that will bring about real change. FP has attempted to do just that with all seriousness and consistency. The more the upper castes are liberated, the more the lower ones will be liberated. It is also true that brahmanical mindset has percolated to the lower levels from the top but it is equally true that its sanction comes from those in the upper strata.

FP did not take the path of aggression. It chose the path of maturity, of dialogue, of arguments or facts and of humanism. And the source of this was Mother of the Nation Savitribai Phule, Father of the Nation Jotiba Phule and Babasaheb Ambedkar, the architect of modern India. These sources of inspiration lent strength to FP and brought about its success.

Whosoever saw my copy of the magazine could not help reading it. Most of those who took it away never returned it. That led to permanent break-up with some friends and only formal relations with others. I apply the same rule to anyone who borrows books from me.

So far, I have taught in three universities. Wherever I was, I always took some books with me to read in my office. The only thing people could say against FP was, “who writes all this?” We should not get into these controversies. We should talk about society as a whole.

Some people bought the magazine to better their English. But they themselves became better people. This was the feedback they gave me.

I was surprised when the research scholar of German Professor Uwe Skoda contacted me and asked me to tell something about Mahishasur. Obviously, the magazine had crossed the seas to reach Europe and America.

I never had any interest in literature. I always believed that litterateurs simply imagine anything and write about it. They can imagine anything and write anything. As a subscriber, I also received the annual literary numbers of FP but I never read them. Once, my teacher, Professor Vivek Kumar, told me that to understand a society, it is essential to understand its literature. I reluctantly agreed. For his sake, I borrowed some books from the JNU library and bought a few. In my hostel room I was wondering whether what he had said was true. Then, I took out the FP literary issue and read it. Today, my view is that no one can become a social scientist without understanding literature. I also tell my students to try to understand literature.

This magazine has maintained its quality. Some of its reports and discourses were important. I gave articles on Raja Mahishasur, Lord Macaulay, the Bhagana incident, Triveni Sangh and literary discourses to my students to read and asked them to review them. This magazine has changed the way society thinks and understands. FP freed Indian society from the sanatan tradition of thought and launched a new tradition of thinking. When Prof Rajendra Prasad Singh writes on Facebook (1 May 2016), “My salutes to FORWARD Press for making Indian political, social and cultural history – that was standing on its head – stand on its feet”, I cannot help but recall Karl Marx (1818-1883) who said in 1834 while critiquing Hegel (1770-1831) that Hegel’s theory was standing on its head and needed to be put on its feet. And Marx did exactly that. When the copies of the October 2014 issue of the magazine were confiscated, I was a bit worried, but the act was also a certificate – a certificate that the magazine had hit someone, somewhere. This certificate made me happy. It made me proud.

FP played a commendable role in liberating people from the brahmanical mindset that percolated from the top, including from the dwij / savarna castes. I am sure that this caravan will march forward. Many established newspapers in the developed countries have moved from print to internet and mobile editions. India is also moving in that direction. If FP launches its mobile app, it will be more effective. “Where is it written? Show me” – this is the strength of print in India. In web edition, unlike in print, there is no dearth of space. In such a situation, FP will have to struggle harder to retain its identity. It will be difficult to tell writers that their piece cannot be published. But it is imperative to do it, as after all it is the quality that attracts people.

In the times gone by, while seeing off daughter after marriage, she was told “Such and such chudiharin (bangle seller) goes up to that village. Convey your well-being through her; do write letters; such and such person has phone at his place, make calls, they will inform us; tell the STD booth man, he will take 5-10 rupees and arrange our conversation.” Here, it is as if the readers are saying the internet is your home. We will keep in touch through it. And every three months, (books) come to meet us. With moist eyes, my good wishes for a new life. 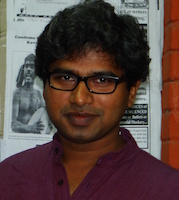