(2) No citizen shall, on grounds only of religion, race, caste, sex, descent, place of birth, residence or any of them, be ineligible for, or discriminated against in respect of, any employment or office under the State.

(3) Nothing in this article shall prevent Parliament from making any law prescribing, in regard to a class or classes of employment or appointment to an office under the Government of, or any local or other authority within, a State or Union territory, any requirement as to residence within that State or Union territory prior to such employment or appointment.

(4) Nothing in this article shall prevent the State from making any provision for the reservation of appointments or posts in favour of any backward class of citizens which, in the opinion of the State, is not adequately represented in the services under the State.

Provided that nothing in this article shall prevent in making of any provision in favour of the members of the Scheduled Castes and the Scheduled Tribes for relaxation in qualifying marks in any examination or lowering the standards of evaluation, for reservation in matters or promotion to any class or classes of services or posts in connection with the affairs of the Union or of a State. -The Constitution of India 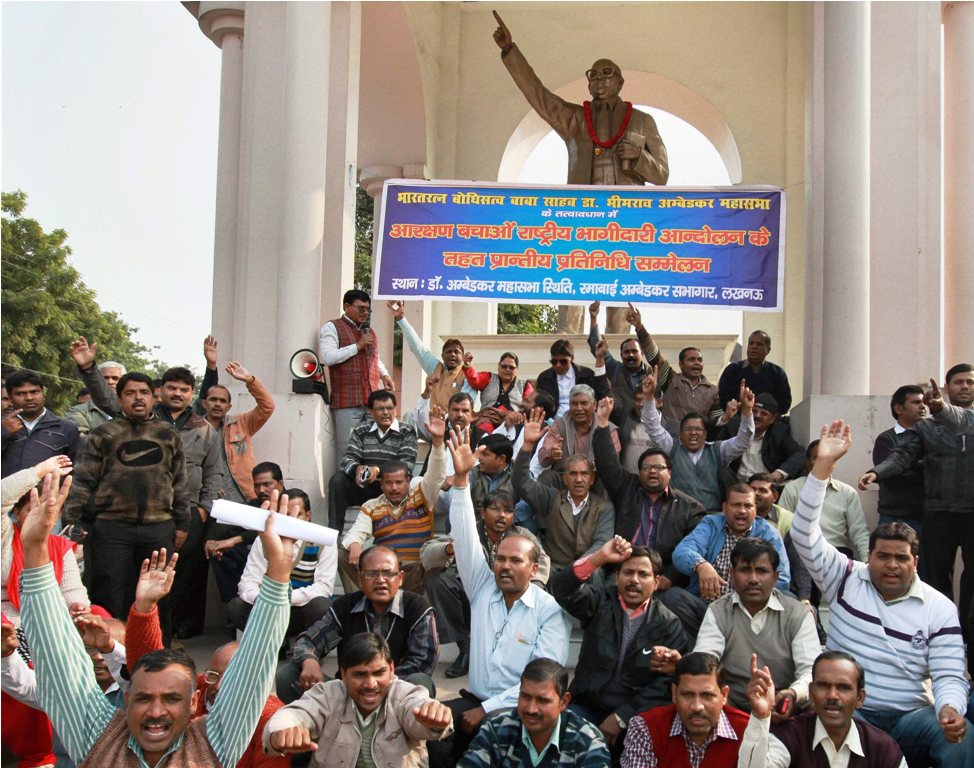 The Indian Constitution unambiguously provides for reservation in promotion to members of Scheduled Castes and Scheduled Tribes in Clauses 16(4a) and 16(4b). Yet, in 2006, a Bench of the Supreme Court, hearing M. Nagaraj and others, ruled against granting of reservations in promotions to SCs and STs without ascertaining whether they are “backward”. On what basis? This judgment of the Supreme Court has held up promotions in reservation of crores of government employees. Consequently, various state governments are struggling to clear reservation backlog and our entire country is drifting away from the principle of equal opportunity and social justice. High Courts have been issuing stays on promotions citing the Supreme Court verdict on M. Nagaraj case. 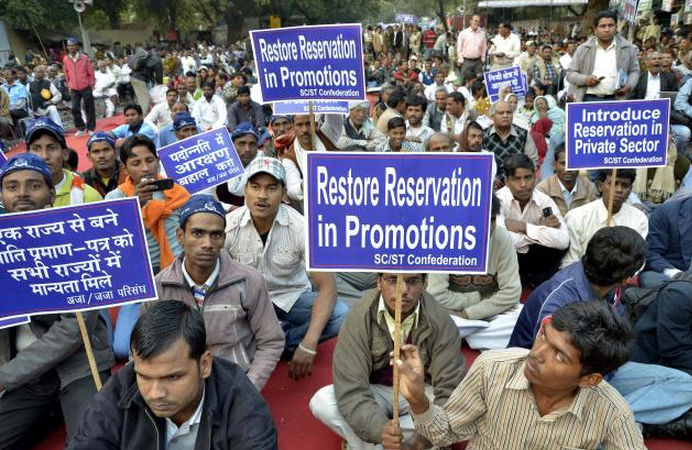 How did the Supreme Court arrive at this conclusion? Let’s take a look at the judgment. It states:

“The impugned constitutional amendments by which Articles 16(4A) and 16(4B) have been inserted flow from Article 16(4). They do not alter the structure of Article 16(4). They retain the controlling factors or the compelling reasons, namely, backwardness and inadequacy of representation which enables the States to provide for reservation keeping in mind the overall efficiency of the State administration under Article 335. These impugned amendments are confined only to SCs and STs. They do not obliterate any of the constitutional requirements, namely, ceiling-limit of 50% (quantitative limitation), the concept of creamy layer (qualitative exclusion), the sub-classification between OBC on one hand and SCs and STs on the other hand as held in Indra Sawhney, the concept of post-based Roster with in-built concept of replacement as held in R.K. Sabharwal … However, in this case, as stated, the main issue concerns the ‘extent of reservation’. In this regard the concerned State will have to show in each case the existence of the compelling reasons, namely, backwardness, inadequacy of representation and overall administrative efficiency before making provision for reservation. As stated above, the impugned provision is an enabling provision. The State is not bound to make reservation for SC/ST in matter of promotions. However if they wish to exercise their discretion and make such provision, the State has to collect quantifiable data showing backwardness of the class and inadequacy of representation of that class in public employment in addition to compliance of Article 335.” 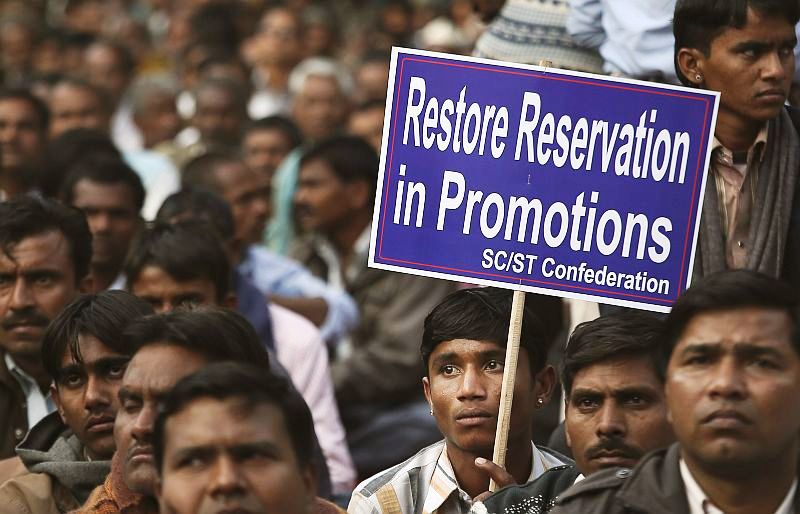 The aforesaid clause 16(4) is actually meant for the backward classes other than the Scheduled Castes and Scheduled Tribes – nomadic tribes, de-notified tribes and those who are socially and educationally backward. Hence, it is totally incorrect to say that the Constitutional amendment that has introduced clauses 16(4a) and 16(b) arose from clause 16(4) of the Constitution. Clause 16 (4) has nothing to do with SCs and STs. During the discussions in the Constitution Assembly in 1948 on this Article, Shri T. Ram Krishnamachari asked Dr Babasaheb Ambedkar, “Dr Bhimraoji, what is the meaning of the Backward Classes?” Dr Ambedkar clarified that it was a term used to describe communities that don’t have adequate representation in the government and in employment and education and thus there can’t be any objection to reserving seats for them. Dr Ambedkar had also said at the time that the clause 16(4) empowered each state to decide on its own which communities belonged to the backward classes and which didn’t. Hence, a community that has been declared “backward” by a state need not be among the backward classes prepared by the Centre.

After taking into consideration the discussion in the Constituent Assembly, it is clear that clause 16(4) is not at all related to Scheduled Castes and Scheduled Tribes. It needs to be understood that while interpreting a clause in the Constitution, the courts refer to the discussions that have taken place in relation to that clause. Similarly, if there is a dispute about the interpretation of a law, then the court examines the objectives and reasons cited for tabling the Bill in Parliament or assemblies the led to the enactment of the law. The purpose of reservations is clear: to ensure social justice and equal opportunities for all.

I urge the Supreme Court to reconsider its earlier verdict. If it is unable to rule in favour of speeding up reservations in promotions for Scheduled Castes and Scheduled Tribes, the only alternative is for the government to introduce a Bill for an amendment of clauses 16(4a) and 16(4b) of the Constitution.