P.S. Krishnan was an outstanding champion of the oppressed and exploited sections of Indian society. His life was driven by a single-minded devotion to the cause of the deprived, despised, exploited of this country. The quest for social justice was the golden thread that linked his life from end to end, from pre-teenage till his end.

An obsession took possession of Krishnan when he was about 10 years old and kept driving him all his life. It was an obsession to take on the malevolent core of Indian society, Caste, which he called “India’s civilizational fault line”.

Born into the uppermost caste, he launched a veritable war, a Dharmayudh, against the longest lasting system of dehumanizing that history has seen, a debasing, despicable system that refuses to die. The cause and the crusader became indistinguishable, the triumphs and setbacks of the cause marking the milestones in the crusader’s life. 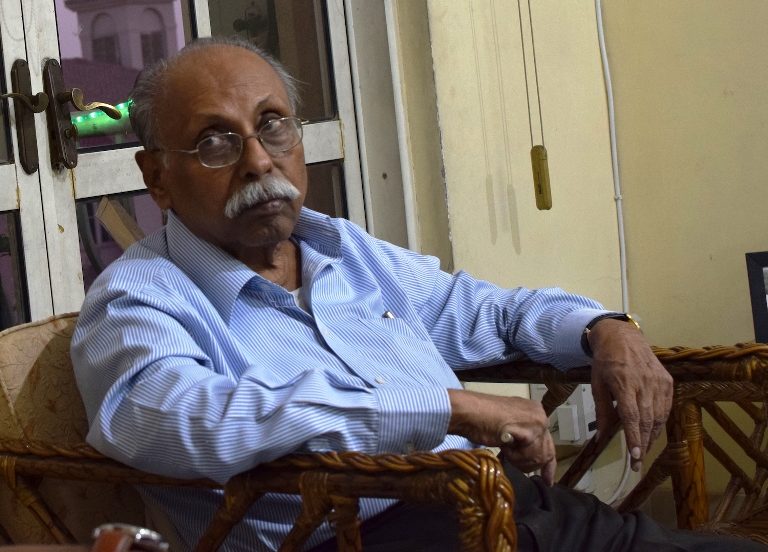 Throughout his life, from his student days in his native Kerala and later as a member of the Indian Administrative Service (IAS) in the Andhra Pradesh cadre and then in various positions, including as secretary to the Government of India, and later during his post-retirement phase, he worked passionately and with single-minded devotion for the advancement and empowerment of the Scheduled Castes (SC), Scheduled Tribes (ST) and Socially and Educationally Backward Classes (SEdBC), including the religious minorities among them.

He sought to mould governance and public administration into a pro-active instrument of reaching out to the deprived communities. Challenging India’s Himalayan inequities and inhumanities is not new. What is rare is the challenge emerging and functioning from within the system, from the hard core of the Steel Frame, from the top of the bureaucracy. P.S. Krishnan’s life and work are “the rarest of the rare” among Indian bureaucrats.

Krishnan’s crusading work was carried out in a land of many oppressions that India was early in his career and still largely and essentially is. His vision derived, as he used to say, from a unique ideology, rather a synthesis of ideologies of Ambedkar, Gandhi, Marx, Narayana Guru, Vivekananda and Periyar. Fired by the synthesis and armed with his encyclopaedic knowledge of India’s thousands of castes and their regional variations, he evolved his strategies, based on unassailable constitutional and legal premises, crafting them in intricate detail. He used to say that he entered the civil service already armed with an uncompromising commitment to fight against the entrenched caste system and untouchability and to strive for social justice.

As a young officer in Andhra Pradesh, he started, as early as in 1957, the practice of officially camping in Scheduled Caste bastis (settlements), tribal villages and hamlets of labouring Backward Classes, thereby infusing confidence and self-esteem in them, but infuriating the incredulous upper castes. The story of these early days is fascinating. He confronts the monster of caste oppression and abysmal poverty in the villages. The entry of this Sub-Collector and later Collector, the visible representative of the mighty State, had an electrifying effect on those benighted villages. He used to conduct ‘Jamabandhi’ and stay on to eat with the people of the bastis. Those were the days when the term Dalit was not even known; the consciousness and resistance that the word meant would emerge much later. We can imagine the shockwaves this would have sent through the upper-caste quarters, when they were forced to step into the despised, obnoxious streets of the lowly to meet the Collector to transact their business. Naturally, he would often be faced with antagonism, hostility and persecution from powerful sections.

It is not the upper castes alone who were seething in fury; the imperious officialdom, the Steel Frame, did not know how to deal with this young brat, who struck at the root of its power. He had to face the inevitable hostility and retribution of his superiors. He was pulled up by higher authorities for his totally unconventional ways of governance and for upsetting the apple cart. However, to their dismay, he turned the punishment posts he was given, into launching pads for his continuing work.

There is a very eloquent testimony to how his superiors viewed him as a scourge and scandal. A worthy superior’s remarks in Krishnan’s Confidential Report (CR) early in his career:

“Undue partiality to depressed classes, strident advocacy of inter-caste marriages, uses his knowledge of Sanskrit to debunk religion, trusts the words of the villagers rather than village officers, acts in a manner that helps subversive elements”

Each word of the above report is a celebration of Krishnan’s indomitable spirit and his unflinching dedication to his war for justice. Not bothering to reply to the adverse remarks, he went on, for instance, to advocate not “inter-caste” marriages, but “anti-caste” marriages. He also expressed the view that there should be legislation prohibiting marriages in the same caste. “I expounded the concept of “social incest”, in addition to the concept of biological incest.”

During his early years in Andhra Pradesh, he pioneered massive drives for the distribution of agricultural lands and house sites to the landless and homeless, which are milestones in the governance of Andhra Pradesh.

While holding various positions, mainly as Secretary, Government of India, he conceived and brought to fruition many landmark legislations for empowering SCs, STs, OBCs (Other Backward Classes) and Minorities. His was the heart, brain and hand behind a number of constitutional and legislative enactments like the Constitution (65th) Amendment Act, 1990 vesting constitutional status in the National Commission for SCs and STs; legislation providing SC status to Dalit Buddhists; the SC and ST (Prevention of Atrocities) Act 1989 (and later the SC and ST (Prevention of Atrocities) Amendment Act, 2015); the Employment of Manual Scavengers and Construction of Dry Latrines (Prohibition) Act, 1993 (and later, its amended version, the Prohibition of Employment as Manual Scavengers and their Rehabilitation Act, 2013). It was his tireless efforts that resulted in the Mandal Commission Report being pulled out from cold storage and persuaded V.P. Singh to accord long-denied recognition to the Socially and Educationally Backward Classes (SEdBCs) at the national level and provide reservation for them.

Each of the above measures he helped to bring about was, inevitably, challenged in the courts. With his remarkable acumen, he drafted elaborate arguments to face the judicial process, which ultimately placed them on unassailable legal foundations. Among these were the Mandal legislation for reservation in educational institutions and public employment for OBCs, and the Andhra Pradesh legislation to provide 4 per cent reservation for Backward classes among Muslims.

After retirement in 1990, he was a member of the National Commission for SCs and STs in 1991-92, member of the Expert Committee on Backward Classes in 1993 and member-secretary, National Commission for Backward Classes, 1993-2000. In the last capacity, he operationalized reservation for SEdBCs, prepared Central (Common) Lists of SEdBCs, ensuring that genuinely backward communities left out were brought into the Central List and communities not socially backward were scrupulously kept out.

In 2006, the Government of India took his help as Advisor to guide the defence of its legislation providing reservation for SEdBCs in admission to educational institutions in the Supreme Court, resulting in the upholding of its constitutional validity in 2008. The Government of Andhra Pradesh took his help as Advisor in 2007 to identify the Socially and Educationally Backward Classes of Muslims and on the basis of his encyclopaedic analysis. The state government enacted legislation providing 4 per cent reservation for them; he guided its defence in the High Court and later in the Supreme Court.

He was closely associated with a number of NGOs working for the rights of SCs, STs, SEdBCs, including Muslim and other Minority BCs. He was Chairman and member of many Working Groups and Steering Committees of the Planning Commission and Government Committees on these communities.

He is the author of many books, documents, papers on the subject of social justice, some published and others in the pipeline. Till he breathed his last, he was feverishly working on pushing with governments the road maps of comprehensive legislative measures and programmes required for the holistic advancement of SCs, STs and SEdBCs, especially the Most and Extremely Backward castes among the SEdBCs, to enable them to reach the level of the socially advanced castes. He was particularly working on securing national and state legislations for the Special Component Plan for Scheduled Castes (SCP) and Tribal sub-Plan (TsP) and SC and ST Development Authorities; and for securing full implementation of the SC and ST (Prevention of Atrocities) Act. He was travelling all over the country for this cause.

What is the ideological approach and its strategic implications that would ultimately bring about the liberation of the oppressed in India? Krishnan’s firm faith was that the liberation, growth and progress of the totality of India was possible only through the liberation and equality attained by the oppressed sections of the society. This short piece has no space for the manifold processes of the multidimensional plan that Krishnan lays out. He believed that only through the oppressed sections forging a solidarity among themselves that the historic task could be achieved. Krishnan advocated a unified caste-class approach. The basic contradiction in rural India today is between the dominant, landed Backward Castes and landless Dalits, who constitute the main labour force. However, a large section of OBCs, particularly the innumerable service and artisanal castes, too, are landless. The two sections, the non-dominant, landless backward castes and Dalits coming together, transcending caste barriers, would forge the unity of the oppressed and lead to the liberation of the entire society. Their united struggle and distribution of land to all the landless is the key to the historic transformation of Indian society.

What is the task Krishnan leaves behind for us? To put it in his own words, “I secured certain results important to Dalits and other deprived classes, issues in respect of which my efforts could not secure final results and which, therefore, remain to be pursued. The trials and tribulations and persecutions that I have encountered in this journey and how I faced them, will be of help and guidance to younger generations in the government as well as in other professions.”

For all those who believe in justice, human rights, in the ideals of the Indian Constitution, in the social and economic progress of all Indians, Krishnan’s passing is an irreparable loss. His legacy should inspire us to work towards annihilation of caste and building a world of justice and human rights. 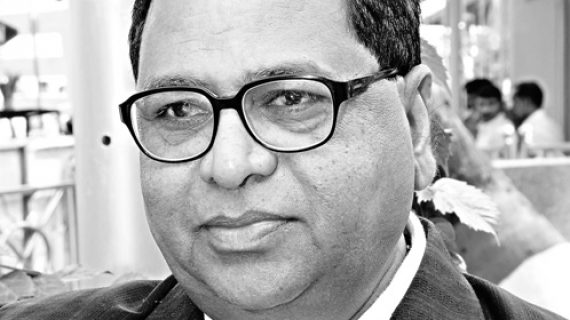 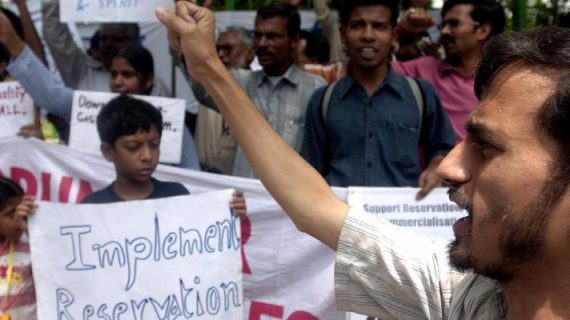