Lipika Singh Darai, the Odisha-based filmmaker, received the 2012 National Film Award for the Best Debut Film of a Director. This is the second national award for Darai who hails from the Ho tribal community. Rakesh Kumar Singh in conversation with the filmmaker

You have received the National Film Award for the Best Debut Film of a Director. How do you feel about your achievement?

The film Eka Gachha Eka Manisa Eka Samudra (A tree, a man, a sea) is my first film, which is a short documentary in Odia. It is based on my childhood memory of my music teacher, guruji, Late Prafulla Kumar Das. I am happy that in a number of newspapers there has been a story about guruji, his journey to be a musician and his music. After the announcement of the awards, quite unexpectedly, the news was extensively covered by the state media. Almost everyone I meet has expressed their interest to see the film and remarkably remember the name. For a short film that does not aspire to be released commercially, the award has widened the reach.

What were the technical and emotional elements involved in this film?

The film has been made with a very small budget, shot on mini DV tape and the post production has happened in a home setup. I never really planned to send this film to any competition as I considered it to be a very personal expression. While I was studying sound-recording at the film school I had wished to record and archive my guruji’s voice. But before I could do it I had already lost him. In my first music class with him he introduced the term ‘life’ to me very simply. For a 6-year-old girl conceptually it opened up a wide world which she was completely unaware of. I believe that the film germinated there and later I just gave an imagery to my memories associated with him. 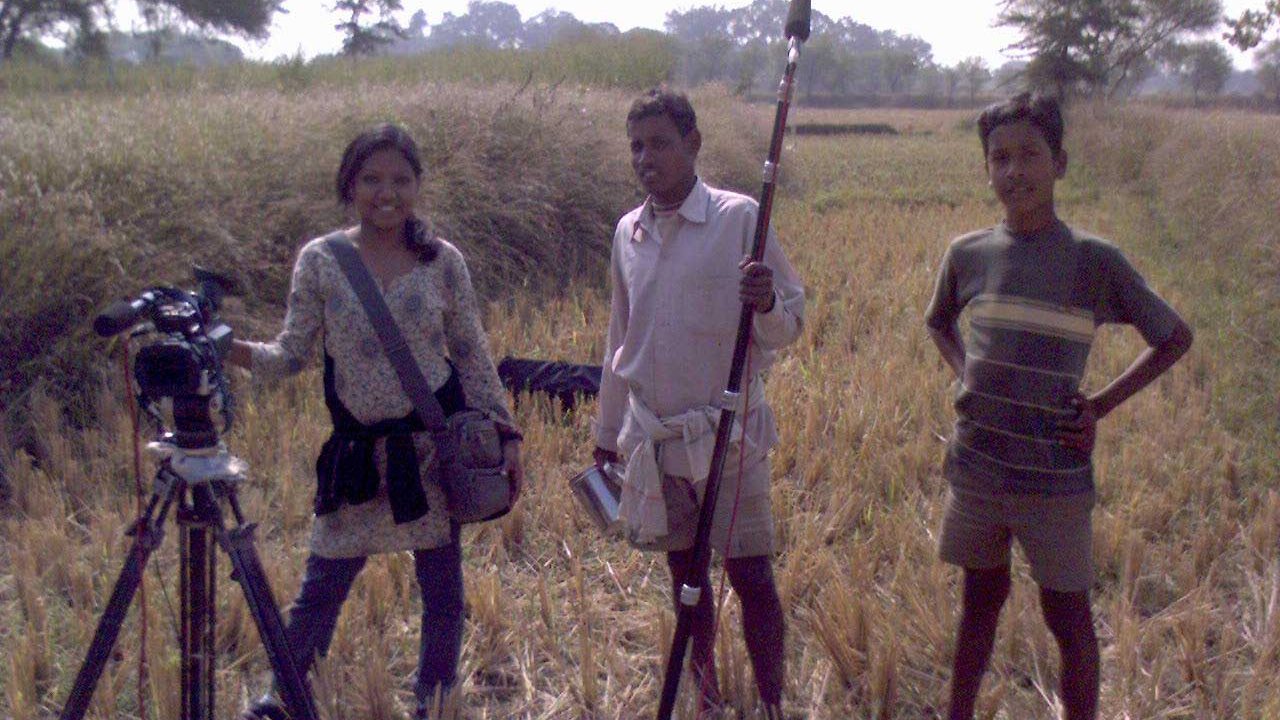 You have received a national award earlier, too. What was that for?

In the 57th National Film Award in the non-feature film category I got an award for the Best Sound Recording and Mixing for the film Gaarud. The film was the final project of my second year of the Audiography course at FTII, Pune. It was a learning experience to do the final sound mixing of this film on 35 mm magnetic tracks which are no longer in general use.

Could you share your journey to FTII with us very briefly?

I was unaware of FTII till the final year of my graduation, Bachelors of Commerce, in TSR and TBK Degree College in Vishakhapattanam. I wanted to pursue an MBA course but was very apprehensive of losing my artistic self. Once I was insulted by a close friend for interpreting FTII as Fashion and Technology Institute. I later gathered more information about FTII and the 3-year audiography course. As it takes in only 8–10 students per batch I dedicatedly prepared for the entrance. To support myself I worked in a call centre in Delhi for a few months and wrote the paper from there. Though I had no academic guidance, surprisingly, I found the paper very easy. It was as if it had been derived from my experiences in life. Because the entrance exam was announced very late that year I had already lost the chance to be enrolled in any other institute. Thankfully, then after a successful interview, I started a new journey in FTII. The audiography course at FTII brought me the opportunity to integrate my knowledge of music with technology and the space taught me the essence of filmmaking. 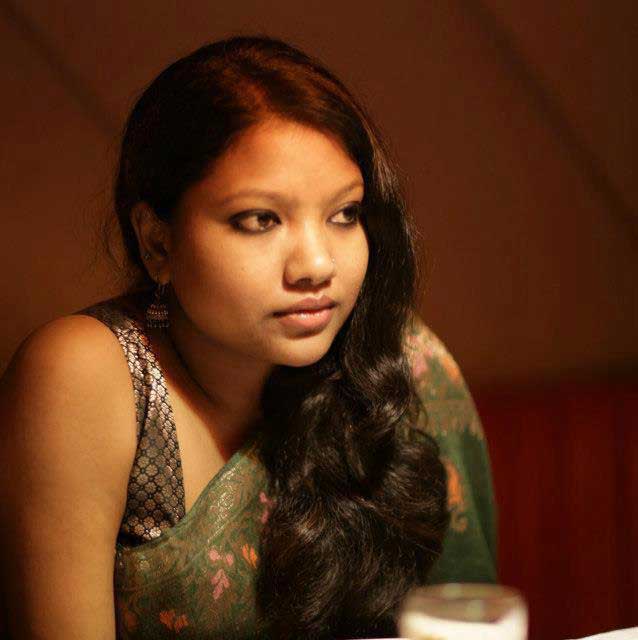 What did your tribal roots mean to your artistic journey?

There is a saying about my community that “when we talk we sing, when we walk we dance”. The sense of music and rhythm is very deeply rooted in almost every tribal community. To me filmmaking is just an extension of it. Because of lack of guidance, resources and city-centric development many of us, especially the women, do not have the exposure to explore ourselves beyond the regular notions of education, career and livelihood. But especially in Odisha there are a number of tribal communities who have their own indigenous film industries which are in a nascent stage. It is really inspiring to see that there are many young men and women who are involved in it and they are passionate about filmmaking.

What are you going to pursue in the near future?

My husband, who is a cinematographer, and I have recently moved to Bhubaneswar from Mumbai and are working as a team. I am preparing myself to make films in both Ho and Odia. I am concentrating on well-researched documentation. Currently we are making a documentary film on the puppetry traditions of Odisha. I am also a part of the ongoing Sarai Reader 9 exhibitions in Delhi where I am working on my interpretations of soundscapes of Mumbai.

Do you have a message for the aspiring filmmakers from the tribal community.

I have met some young directors who are making independent films in their own tribal languages without much technological expertise and releasing them on VCDs. I personally appreciate their confidence and their participation in strengthening the identity of their community. I do not only want to address aspiring filmmakers from the tribal community simply because I am from a tribal background. It is very important to have a solid technical understanding of the craft for the conceived idea to be translated to a finished film effectively. All aspiring filmmakers should aim to acquire that expertise either by doing a filmmaking course, by being a part of a film crew, by assisting directors or by making numerous films themselves in any medium, even on mobile phones. 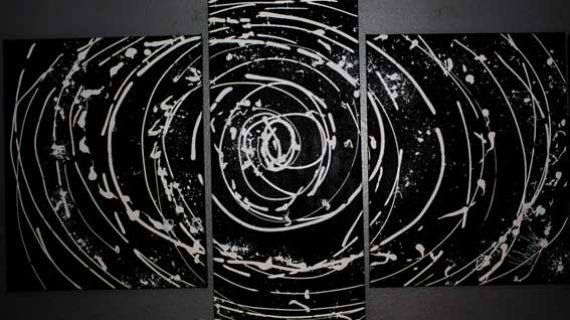 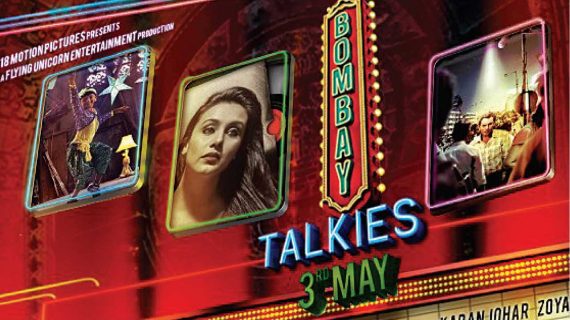 If love is, to some extent, acceptable in Indian society today, it is courtesy cinema 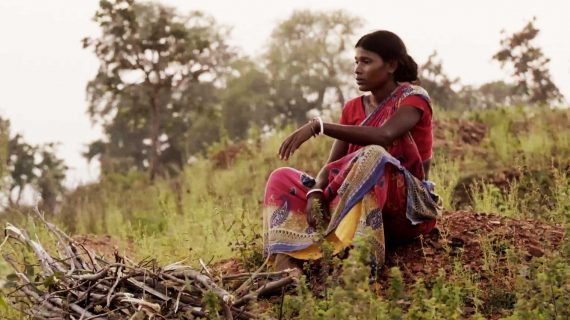