Ever since the report of the Raghuram Rajan committee on fixing the criterion for measuring the backwardness of a state became public, an unseemly race has begun among political parties to claim credit for getting Jharkhand classified as backward. The All India Jharkhand Students’ Union had given the slogan of ‘Pehli Ladai Alag Rajya, Aglee Ladai Vishesh Rajya’ (First battle for a separate state, next battle for special status) and that slogan, the outfit says, is proof of its part in the ‘feat’. It is another matter that when the movement for a separate Jharkhand state was raging, the party did not even exist. The BJP says it fought the real battle. The Jharkhand Vikas Morcha has questioned the very logic of setting up the Raghuram Rajan committee. It says that the move was a conspiracy to block the campaign for special status. Meanwhile, the ruling Jharkhand Mukti Morcha (JMM) wants the credit for both the creation of a separate state and getting special state status. 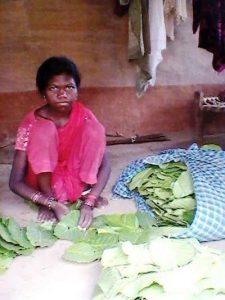 The politicians seem so elated that it feels like something great has been achieved. Some spoilsports ask what is there to be happy about in the state being declared backward. There is little doubt that Jharkhand should get the status of a special state but first there are many serious questions that need to be answered.

The status of a special state makes Jharkhand eligible for a special economic package. But does the state really need an economic package? The state’s fiscal health, per-capita income and other indices of human development may justify the demand but a contrasting picture emerges if one considers the utilization of funds from the central government. Every year, the state government surrenders huge amounts of unused central grants. Between 2002-03 and 2011-12, the state government returned a total of Rs 10,961.6 crore. Another crucial question is whether the government can guarantee proper utilization of the economic package. This question is relevant because the state exchequer is being looted with impunity, so much so that the government simply does not have the accounts for Rs 4,400 crore spent in different districts. Obviously, it is valid to ask whether the government has drawn up broad contours of how it proposes to spend the money.

The key plank on which the state’s claim to a special status rests is that it is Tribal-dominated. The Tribals are lagging far behind in development. But, again, the question is whether those who want to secure special state status in the name of Tribals are really interested in the welfare of the Tribals or they just want more funds to siphon off. Figures show that the main objective behind the exercise is to get more and more money to gobble up. Human Rights activist Gladson Dungdung says that the people who want a non-tribal as chief minister and an end to the system of Scheduled Areas; those who launch campaigns against laws such as Panchayats (Extension to Scheduled Areas) Act, 1996, Chottanagpur Tenancy Act, 1908 and Santhal Pargana Tenancy Act, 1949 – how can such people be well-wishers of the Tribals?

Gladson Dungdung says that the picture becomes clearer on seeing the fate of the Tribal sub-plan. Under Article 275 of the Constitution, the Tribals are constitutionally entitled to Central assistance. Between 2006-07 and 2011-12, the state received a sum of Rs 27,141.83 crore for the development and welfare of Tribals under theTribal sub-plan. Of this amount, Rs 21,484.02 crore was spent while Rs 5,647.81 crore was returned. The Tribal sub-plan grant was meant to be used for the development of Tribals and of Tribal-dominated areas. But most of it was spent on other heads. This is loot – pure and simple. If even the money meant solely for the Tribals is being misused, what would be gained by the special state status is anybody’s guess.

Jharkhand should get an economic package because it does not benefit from its natural resources, which are being exploited by the central government. But the million-dollar question is whether the package will be used for the welfare and growth of the needy or a clique will mint money in the name of development of the state. More than money, effective leadership, constructive politics and committed bureaucracy can propel the state on the road to development.

Forward Press also publishes books on Bahujan issues. Forward Press Books sheds light on the widespread problems as well as the finer aspects of the Bahujan (Dalit, OBC, Adivasi, Nomadic, Pasmanda) community’s literature, culture, society and culture. Contact us for a list of FP Books’ titles and to order. Mobile: +919968527911 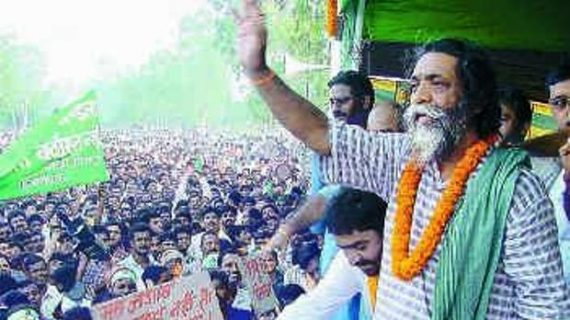 Nawal Kishore Kumar discusses with Dishom Guru Shibu Soren the politics of Jharkhand, the Jharkhand movement, struggles of the Tribals, nepotism in political outfits and his relationship with Lalu Prasad