Hundreds of thousands of protestors poured out on Marina beach in Chennai in January this year to protest against the ban on Jallikattu in Tamil Nadu. There was sloganeering against the political establishment at the Centre and the state. The media reported that the protestors were mainly the youth, college-going students and intellectuals, making it a “people’s movement”. Various issues were raised, all in the context of Tamil pride and culture being hurt. But Jallikattu remained at the core of the protests. Other parts of the state also witnessed such massive protests.

A lot has been written about Jallikattu from two different perspectives. One is about the cruelty to the bulls used and how it can’t be an ethical normative precedent for our society. The other argument is how Jallikattu is part of Tamil culture and now of Tamil identity. While both the sides have their own facts, arguments and counter arguments, it is important to delve deeper into the sport, the ban and the subsequent ordinance by BJP government at the Centre, and look beyond the pivotal points of animal cruelty or traditions/culture. Jallikattu is also a signifier of the culture we want in our society. Do we want a culture steeped in violent and masculine ideas of entertainment at the cost of mute, helpless, tortured animals? Or, a peaceful, inclusive society based on the values of compassion and equality?

Jallikattu is a sport where a bull is let loose and men compete to hold on to the hump of the bull and go a particular distance. The winner gets a bag of money tied to the hump of the bull. In order to make the sport exciting and macho, the bulls are tortured into becoming more aggressive. They are prodded with sharp objects like spears and beaten; their tails are mutilated; chilli powder is put in their eyes; they are pulled by ropes inserted into their noses, causing them to bleed; and they are made to drink alcohol. The sport thus becomes more dangerous. Considering the gruesome treatment meted out to the bulls, the Supreme Court in 2014 had banned the sport along with other similar sports like rekla, kambala and manjuvirattu. However, due to the persistent demands for lifting the ban, the central government issued an ordinance allowing Jallikattu to be held albeit with some restrictions. Animal rights activists challenged this decision in the Supreme Court. When the Supreme Court stayed the notification, the Tamil Nadu State Assembly passed amendments in the Prevention of Cruelty to Animals Act, 1960 to allow Jallikattu to continue. Emboldened by the protests against the ban and the Centre government’s bowing to the pressure, there are similar demands from other states like Maharashtra and Karnataka to legalize bullock-cart races and kambala. Arguments for Jallikattu range from how it helps protect native breeds from extinction to how it is central to Tamil identity!

At the outset, the issue is significant because of how the state and the central governments have undermined the rulings of the Supreme Court by passing subsequent ordinances. In order to please the general public, the governments have paid no heed to the principle of separation of judiciary, executive and legislature. What the judiciary struck down based on Constitutional reasoning, the executive and the legislature sought to undo. This is an alarming precedent. In the future, similar ordinances can be passed to give legitimacy to other practices in society that violate fundamental rights of citizens and Constitutional values. Untouchability is still practised in many parts of India. We haven’t been able to put honour killings behind us. These practices evoke strong emotions and “culture” is used in their defence. So, by applying the same yardstick, will these practices also be legalized? It must not be forgotten that many youths lose their lives in Jallikattu. Two Jallikattu deaths this year have not been so widely written about in the media. Why are there no protests against this violation of their right to life enshrined in the Constitution?

What is perhaps interesting is that the ban could trigger such huge protests. It is still being debated whether the youths gathered spontaneously at Marina Beach or political parties were behind it. In any case, Jallikattu was only symbolical and the ire of the crowd was directed at the political establishment for a range of issues, including the perceived unfair distribution of the Cauvery River’s water to Tamil Nadu. The resentment at the Centre’s attitude towards the Tamils must have snowballed into the massive protest. Still, why Jallikattu, and not more pressing concerns like unemployment, drought or floods, became the rallying point for the youth or the masses?

Despite the obsession with Jallikattu as the only tradition indigenous to Tamil culture, what is invisibilized is the contribution of Bhakti movement to the cultural ethos in South India, where the movement actually started. The philosophy of stalwarts like Basavanna and of Alvars and Nayanars holds prominence in the literature and culture here. Alvars were saints devoted to Vishnu and Nayanars were devotees of Shiva. They shared a clear message of selfless devotion and compassion. Their contribution to the Bhakti movement is immense. Bhakti movement was a movement against tradition and rituals that spread northwards. It laid emphasis on single-minded devotion to God. The most significant aspect of the movement, however, was the values it sought to spread – love, compassion and equality. The Bhakti saints were against the brahmanical order of the day that was characterized by rituals, ceremonies and superstitions. The Bhakti saints, on the other hand, countered these practices with a narrative of humaneness, rational thinking and a message of selfless surrender to God. The movement aimed at shedding all identities of caste, gender, class, region and so on.

As opposed to these ideas that have left an indelible mark on the cultural map on India, Jallikattu stands for a virulent underlying belief that the spilling of blood on the land will bring prosperity. The philosophy of Jallikattu derives from the idea of maintaining control and supremacy over animals and other human beings. While the message of Bhakti saints have resonated in Tamil Nadu through generations, reflecting in the strong movement against casteism, Jallikattu is held in merely 20 villages in the southern districts of Tamil Nadu. This deflates the claims of Jallikattu being an integral part of Tamil culture. There are many facets to Tamil culture, most of which are inclusive and humane. Jallikattu is wrongly, selectively portrayed as being the dominant one.

At the risk of repetition of the obvious point, I would like to point out the masculine and patriarchal nature of Jallikattu. The idea of Jallikattu is entrenched in violent masculinity. Earlier, bull owners used to honour the winners by marrying off daughters to them. Both women and bulls were thus objectified – bulls became objects to be tamed and subdued and women become objects to be given away as prizes, in effect taking away agency from both and placing them at the subservient position to men. Women’s active role in the sport has been limited to their rearing the bulls. Gandhi’s idea of society in harmony with nature or Periyar’s struggle against caste are incompatible with such hyper-macho practices which hold so much sway over the youth and create a dominant discourse in society.

Not only is Jallikattu symbolic of patriarchy but also of a caste-ridden society. A strong voice of protest has emerged from the Dalit community in Tamil Nadu. Jallikattu still takes place in districts where caste Hindus are dominant. Dalit youths who try to participate are attacked. If a Dalit manages to tame the bull, it leads to clashes. Even Dalit spectators have an earmarked area and are forbidden to share space with other caste Hindus. How can Jallikattu become the mascot of Tamil identity when it excludes a large section of Tamil society? The Dalits view Jallikattu – and especially the claim that is integral to the Tamil culture – as one of the instruments that reinforces the already deeply entrenched caste hegemonies.

While the emotions of the masses ran high in the protests, the stand taken by the political establishment was astonishing to say the least. The central government’s decision to let Jallikattu go on is not in keeping with the BJP’s stand on beef. Ironically, Hindu nationalists see Jallikattu as a Hindu practice and its ban as interference with Hindu religion and culture. Aren’t Sati and caste system also part of Hindu culture? But what is incongruent is that the RSS and its affiliate, BJP, treats bovines as sacred and thus enforces a ban on the slaughter of bulls in states like Maharashtra, Gujarat, Madhya Pradesh and Haryana. The cow has become an icon of Hindutva politics. Gau rakhshaks in Una beat up Dalits for skinning a dead bovine. Innocent people are lynched merely on the suspicion that they store beef at home. These double standards have to do with the electoral ambitions that BJP nurtures in Tamil Nadu. While it vilifies and stigmatizes communities that depend on bovine meat and skin for survival as anti national, it sees no problem with the unspeakable cruelty to bulls in Jallikattu. This shows its insincerity to the “cause” that it has turned into a litmus test of nationalism for the whole country.

Jallikattu has come to represent a brute majoritarianism in which ethics do not matter. Notwithstanding its casteist and misogynist overtones, the State is bending over backwards to appease “Tamil pride” for electoral gains. The pride of any culture or group must be its emphasis on compassion and equality. Our society has given us a more humane framework and ideals that can be celebrated and highlighted. Can all practices be claimed as part of culture? And doesn’t culture evolve? Why can’t we choose a more humane culture? 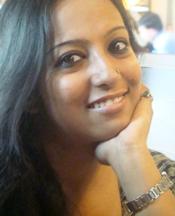