Caste has only been assuming new forms in Indian society. No process for becoming a caste-less society is visible anywhere. One can be modern or post-modern but not caste-less! This is a tragedy of momentous proportions. What can be the project for freedom from caste? How should a writer or a social activist fight against caste? This is the focus of a FORWARD Press series titled Project for Deliverance from the Stigma of Caste. This article by Ram Puniyani is part of the series: 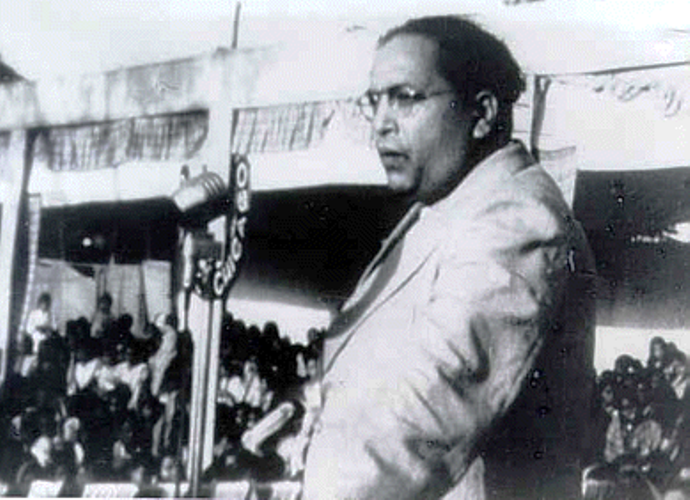 Why, nearly seven decades after Independence and adoption of Indian Constitution, the caste system and the injustices inherent in it, including inequality, marginalization and oppression, persist is something we need to ponder. Two points that need to be taken seriously are, one, the roots of caste system and two, the material base of caste system. This is what will help us to chalk out strategies to eradicate this system.

According to Ambedkar, caste system arises from religion. He said, “Caste is the natural outcome of certain religious beliefs which have the sanction of the Shastras, which are believed to contain the command of divinely inspired sages who were endowed with a supernatural wisdom and whose commands, therefore, cannot be disobeyed without committing a sin.”[1]

Therefore, he calls for divorcing of the Shastras from Hinduism. He said, “You must take the stand that Buddha took. You must take the stand which Guru Nanak took. You must not only discard the Shastras, you must deny their authority, as did Buddha and Nanak.” He further wrote, “I have, therefore, no hesitation in saying that such a religion must be destroyed, and I say there is nothing irreligious in working for the destruction of such a religion. Indeed I hold that it is your bounden duty to tear off the mask, to remove the misrepresentation that is caused by misnaming the Law as Religion. This is an essential step for you. Once you clear the minds of the people of this misconception, and enable them to realize that what you are told is Religious is not Religion, but that it is really Law, you will be in a position to urge its amendment or abolition.” This explains to us the deeper alliance of these scriptures and the dharmgurus (clergy) upholding them and perpetuating the system of social hierarchy that is part of the Indian feudal social structure.

Buddha responded to the caste system and his message spread far and wide. His teachings were later countered by the formulations around those of Manusmriti. Further evolution of feudal society and the division of labour put the seal on the system. There was ideological opposition to this structure from the Bhakti saints in medieval period. Saints opposed this inequality in the name of religion. However, Brahmanical Hinduism and its scriptures continued to be the bulwark for the perpetuation of caste system. 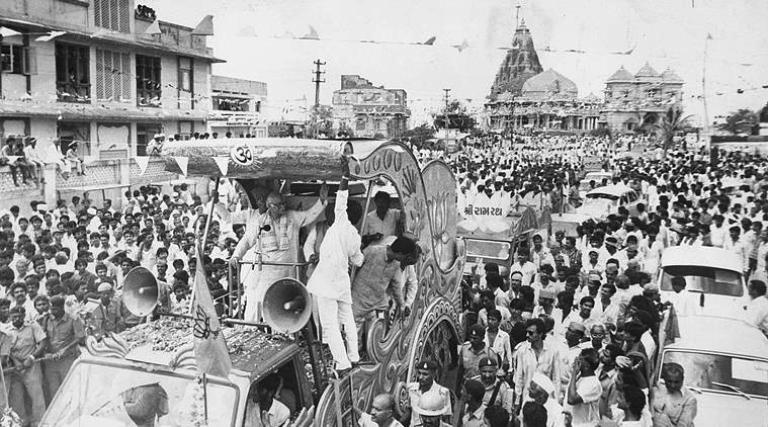 The process of significant change in the social system begins with the coming of British. Education and industrialization helped free people from the clutches of caste slavery. The social changes began, albeit slowly. Phule’s efforts to encourage Dalits to take to modern education and jobs in the cities proved significant in challenging the caste system. This social transition ran parallel to the freedom movement.

During this period, many social movements picked up further. Inspired by the ideals of equality the “non-Brahman” movement took on the caste-based hierarchy and feudal-brahmanical forces in the 1920s, in the Nagpur region of today’s Maharashtra. In 1920, ordinary people were being encouraged to take part in the Non-Cooperation Movement. A section of the elite perceived these movements as a major threat to the prevailing social hierarchies, including the caste system. They began to view these changes as detrimental to their social interests and their hegemony. “Hinduism is in danger”, they would say. Faced with this twin opposition to the hegemony of the landlords and Brahmins, some elites of Hindu society formed Rashtriya Swayamsevak Sangh (RSS) in 1925. 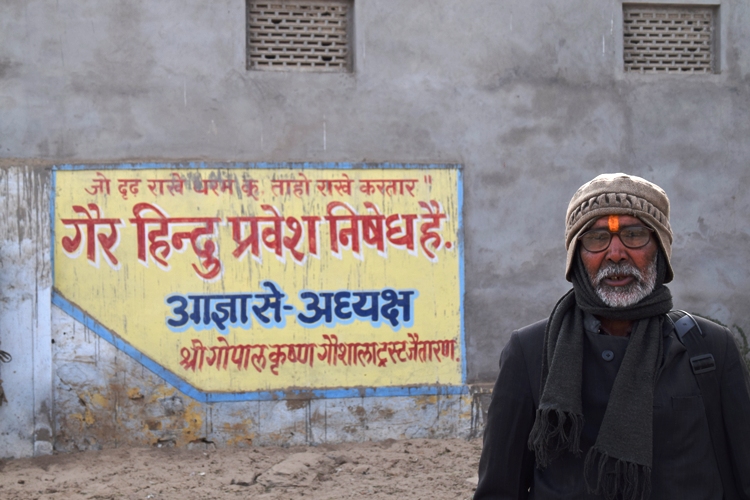 The ideology propounded by RSS was the continuation of Savarkar’s Hindutva ideology aiming at a Hindu nation. Savarkar picked up on caste hierarchy in Aryan society and took it further. “Manusmriti is that scripture which is most worshippable after the Vedas for our Hindu Nation and which from ancient times has become the basis of our culture, customs, thought and practice. This book for centuries has codified the spiritual and divine march of our nation… Today Manusmriti is the Hindu law”.[2] Just to remind you,  it was the same book that Ambedkar burnt.

Ambedkar’s understanding was the polar opposite to what the Hindutva ideologues are arguing today. Ambedkar was for the abolition of caste while Hindutva ideologues want to retain and perpetuate the caste system, shrewdly disguised in a new language, as Samajik Samrasta (Social Harmony). The process of social transformation that began in the 19th century picked up speed after Independence as the reach of industrialization and education in society became wider and deeper in society. Its results became obvious when Dalit-OBCs started leading social movements and they could be ignored no longer.

On the other hand, the polarization of the middle class (Brahmin, Bania) and rich peasants started taking place all over the country from around 1980. The trigger was the issue of reservations for the lower castes. This is what gave rise to caste violence directed against the lower castes. These anti-reservation agitations played a key role in consolidating the base of communal politics (Hindutva) involving the upper castes and upwardly mobile middle classes. The RSS and its affiliates (Sangh Parivar) led these upper-caste onslaughts.

The issue of affirmative action became an irritant for the affluent upper castes. The upper castes struck back in the form of anti-reservation riots. In Gujarat, for example, the educated middle classes, mainly the Brahmans, Banias and Patidars, rose up against reservations. The clashes between savarnas and the Dalits in the industrial periphery of Ahmedabad gradually degenerated into a caste war that spread to the other towns and districts of Gujarat. In many villages in North and central Gujarat where land-owning Patidars were dominant, Dalit settlements were burnt.

Caste tension resurfaced in 1985 in the form of the second anti-reservation agitation. Later, in 1990, with V.P. Singh implementing Mandal Commission’s recommendations (1990), the resolve of Hindutva politics to oppose affirmative action took the form of Advani’s Rath yatra.

Hindutva, coordinated by the Sangh Parivar, came to occupy national politics. This has a base among certain sections of society that are opposed to equality among castes. “The Hindutva nationalist movement has always been known for upper-caste, Brahmanical character. The Hindutva ideology relies on an organic view of society, where the castes are seen as the harmonious limbs of the same body.”[3] The strategy of the Sangh Parivar is to divert the attention from these caste issues by talking identity. This is a multipronged strategy. There has been political attempt at mass mobilization to divert attention from core social issues. At another level, the local branches of the RSS have focused on attracting Hindus who valued this ethos, either because they belong to the upper castes or because they want to emulate them. The technique of “conversion” of the lower-caste people to Hindutva relies on the same logic as what M.N.Srinivas called “Sanskritization”.[4]

The leadership of the Bharatiya Janata Party (BJP) leadership, initially drawn mainly from the upper castes, realized the need to expand its social base to achieve electoral success. The Sangh Parivar changed its strategy in the mid-Eighties. From attacking Dalit-OBCs, they went on to co-opting them socially and culturally. They even succeeded in making Dalits and Adivasis the foot soldiers of Hindutva in campaigns like the Babri Masjid demolition, Gujarat carnage and Kandhamal violence. Yatras, campaigns and religious symbols were used to rope them in. Advani’s Rath Yatra saw pitched battles between Dalits and Muslims.

The process was replicated at different points in time. RSS “successfully” created a rift between the Hindus and the Christians among Adivasis. Because social reforms were not penetrative enough, modern institutions and values of Liberty, Equality and Fraternity remained weak and at places Hindutva, by default, provided the much-needed identity to the Dalit-OBCs. This became evident in the wake of the implementation of the Mandal commission’s recommendations. Atal Bihari Vajpayee succinctly captured Sangh Parivar’s response to the Mandal commission. He stated that they have brought up Kamandal (religion-based issues) in response to Mandal (symbolizing the aspirations of Dalit-OBCs). 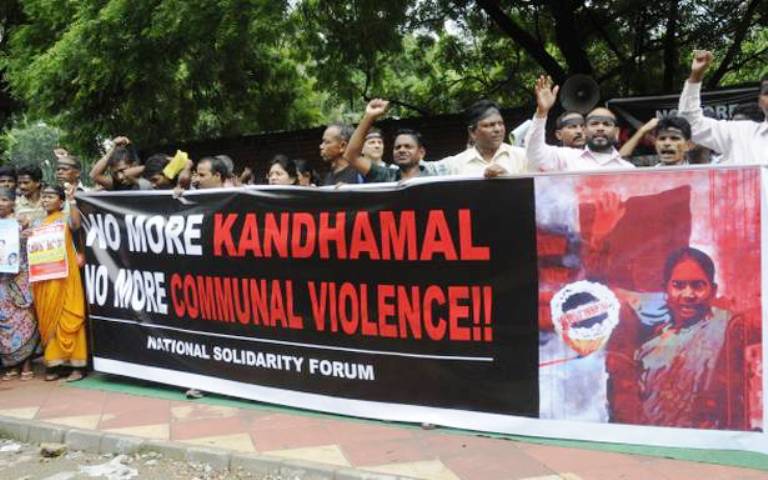 Later, by using clever strategies, the Sangh Parivar was also able to provide upward mobility to a section of Dalits who were aspiring for a better place within Hindu society. Gradually, the ire against Dalits and OBCs was replaced by anger against Muslims and Christians. Anand Teltumde points out that Hindutva politics has dislodged untouchability, poverty, inequality and discrimination from among the central concerns of Dalits. “Along with this, Hindutva seeks to replace the concepts of rights and dignity enshrined in Indian Constitution with the notion of obligations inherent in Brahmanism. They don’t even remotely relate to the inhuman conditions in which the Dalits live or express an iota of remorse for the social oppression that they themselves caused.”[5] Teltumde further points out that Dalits and Adivasis are brainwashed, “in the name of Hindu unity”, to becoming foot soldiers in enforcing the Hindutva agenda.

What we need to do is to fight against Brahmanism-based politics, led by the Sangh Parivar. The word “politics” here is not being used in the narrow sense of electoral politics; we have to see the totality of social movements. The erosion of rational thought, the undermining of scientific temper, the promotion of blind faith, narrow religiosity, the mushrooming of Godmen – all this feeds the rise of the Hindu right wing.

There is also a need to address anti-Dalit atrocities, as well as the rights of the weaker section of society – their right to employment, education, food and health. The widening gulf between the haves and have-nots has to be narrowed through socio-economic policies. A society free enough for one to choose one’s partner, leading to inter-caste marriages, is key to abolishing the caste system and the psychology that accompanies it.

The cultural and literary movements form the social foundation for political changes. Many writers and scholars are working towards strengthening these movements. This is what we need to value and uphold. Sectarianism pushes society backwards. That is what an alliance of progressive forces in the country needs to oppose. 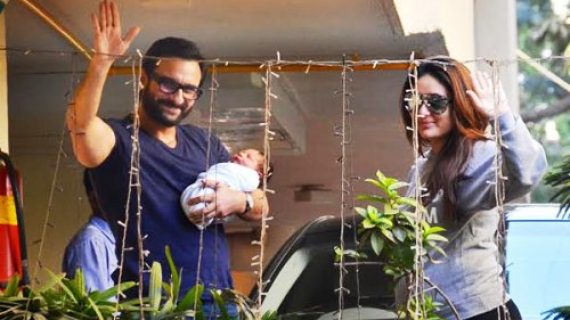 Taimur did not belong to a period of “laws” or “nationalism” as understood today. Back then, kings used to plunder areas in their own territory and exact tribute. Shivaji’s army too had plundered Gujarat and Bengal and killed the local people 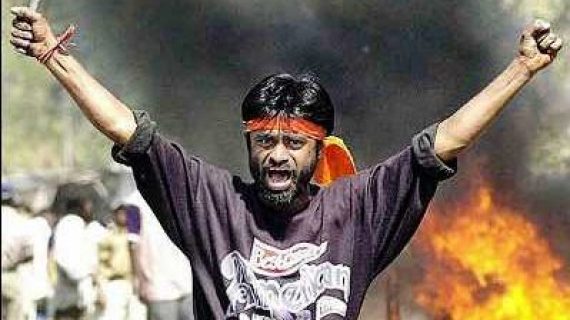 A manifesto from the margins

If the Pune pact that Gandhi forced on Ambedkar spelt the doom of a real Dalit rebellion, a new Pune accord between members of the Sangh Parivar and self-styled secular parties explains the dilution of the war against communalism 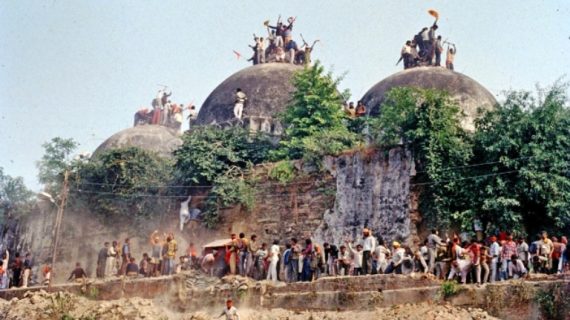